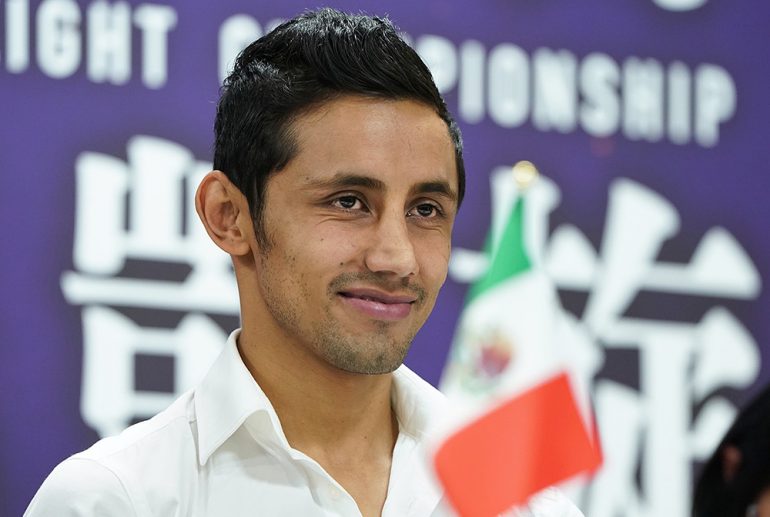 Moises Fuentes, the former two-division world champion from Mexico City, has died at age 37. His passing comes 13 months after he suffered brain injuries in a sixth round knockout loss to David Cuellar in Cancun, Mexico.

Fuentes had been placed in a medically induced coma to reduce brain swelling after the discovery of a blood clot. The fight was Fuentes’ first in three years, after he was stopped in five rounds by Roman Gonzalez. Fuentes, whose final record is 25-7-1 (14 knockouts), was knocked out in the sixth round by Cuellar, who is 16 years his junior, and was removed from the ring on a stretcher.

WBC President Mauricio Sulaiman made the announcement on Twitter on Thursday, writing “Thank God Moises Fuentes is already resting in peace. A warrior who fought to the last breath. Our condolences to his family and friends and our appreciation to his wife for her dedication and dedication with indescribable love during this difficult year of suffering.”

Fuentes turned professional in 2007 and remained undefeated until 2011, when he lost a split decision to Juan Hernandez, who missed weight for that bout. Fuentes won his first world title that year, when he won a split decision over Raul Garcia to win the WBO strawweight title. He made two successful defenses, including a career-best win over former world champion Ivan Calderon, whom he stopped in five rounds, before moving up to 108 pounds. Fuentes drew with Donnie Nietes in an attempt to wrest the WBO junior flyweight title in 2013, before being knocked out in nine rounds in a rematch the following year.

Fuentes showed he still had some fight left in him by defeating former world titleholders Oswaldo Novoa and Francisco Rodriguez Jr. in 2015 before being stopped by Kosei Tanaka in five rounds in a 2016 fight for the vacant WBO junior flyweight title. Fuentes struggled as he moved above his natural weight classes, losing a majority to decision to journeyman Ulises Lara in 2017, being knocked out in one by Daigo Higa in 2018 for the WBC flyweight title before the loss to Chocolatito Gonzalez in 2018.

World title challenger Sulem Urbina was among the boxers who expressed their condolences after the news broke.

“Today I ask the boxing world not to forget him. Today ask to respect boxers and pray every time one steps in the ring,” wrote Urbina on Twitter.