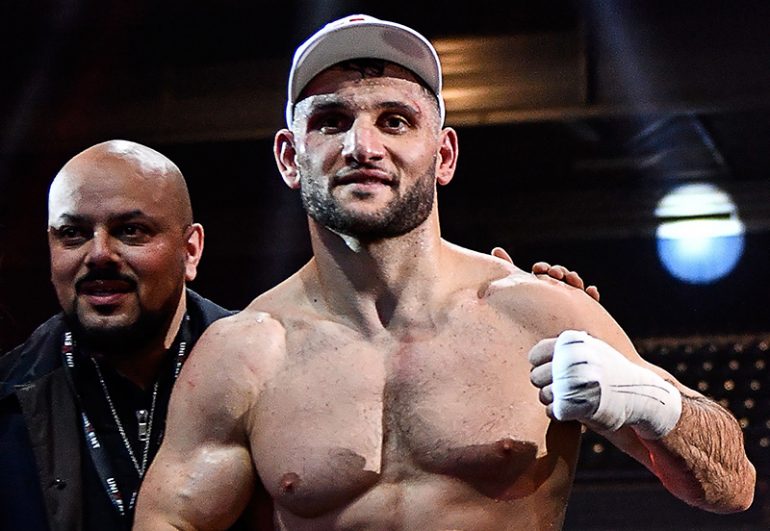 The French-based Armenian fighter, who was making his first ring appearance since December 2019, used his strong jab to dictate the early rounds.

Goulamirian, 35, had been due to face Egorov last December before testing positive whilst in Russia for Covid. That lead to the cancellation and then an extended delay.

The previously unbeaten Egorov, who hadn’t competed in 20-months, took some heavy blows in the middle rounds and held on in the later rounds to see out the fight.

Hopefully now Goulamirian (27-0, 18 knockouts) will be more active and add more depth to the cruiserweight division. Egorov (11-1, 7 KOs) showed enough to suggest he could come again.

The 32-year-old dominated Cukur from the opening bell and put a slow beatdown on his opponent throughout the first half of the fight before dropping him in round seven. Although Cukur made it to his feet he was stopped by the referee soon afterwards.

Sadjo had won the European title last December but due to promotional issues with his old promoter was sidelined. The short, stocky fighter is very aggressive and looks an exciting addition to the 168-pound division.

Prat, who is one of France’s best young hopes, had been due to face once-beaten Abass Baraou. However, that eagerly anticipated encounter fell out when Baraou was injured and Danyo stepped in at a couple of weeks’ notice. Prat, 23, landed a crushing left hook that dropped Danyo heavily on his back. Although Danyo tried to get to his feet the action was wisely called off.

Hopefully, Prat and Baraou can face each other in early 2023.

Amateur standout Sofiane Oumiha stopped Victor Julio in the second round of their scheduled six-round lightweight contest with a right hook to the body.