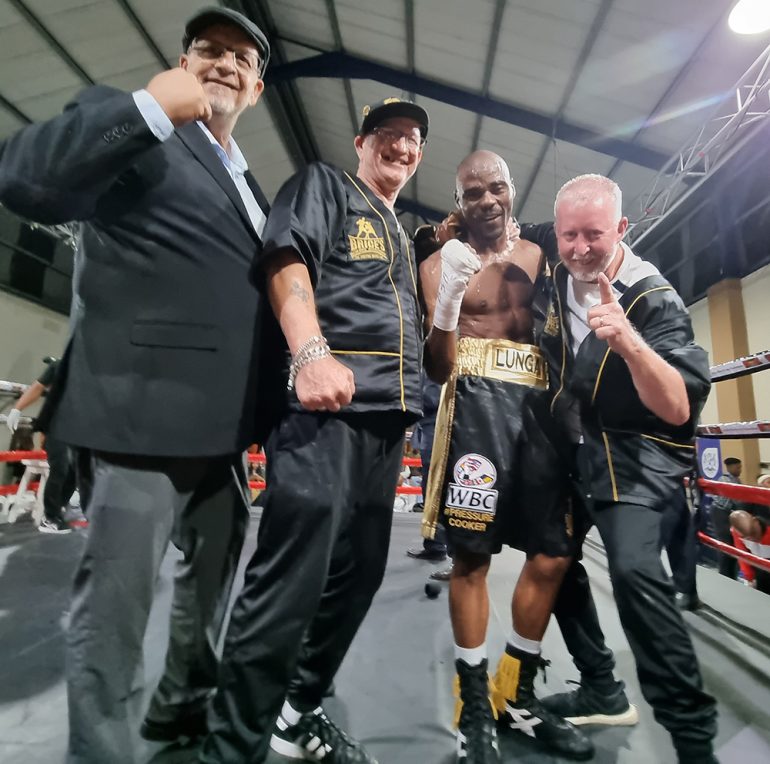 Lunga Sitemela put challenger Khanyile Bulana down and out in the fourth round to retain his South African junior lightweight title at the Vibrant Sports Centre in Cape Town on Friday night.

Sitemela won the title earlier this year when he stopped Sibusiso Zingange. A dislocated shoulder forced Zingange to retire in his corner at the start of the 10th round. Zingange was still ahead on the cards, even though Sitemela was coming on. It was an unsatisfactory victory, and Cape Town’s only national titleholder was eager to show that he was indeed a worthy champion.

It was clear from the outset that the rangier Bulana’s plan was to box behind his jab. He tried hard to establish the punch in the first round while moving around the ring but found only sporadic success. Sitemela kept after him, touching him every so often with a straight right to the body before landing the same punch to the head. Sitemela closed the round with a combination to the body.

In the second, Sitemela drove some hard hooks to the body, followed by the odd overhand right. It was obvious that Bulana was very uncomfortable on the inside. He tried his best to spoil any close-up fighting. He grabbed, pushed and pulled whenever he could and even tried to toss his opponent over the ropes at one stage. His tactics elicited several warnings from referee Deon Dwarte.

True to his “Pressure Cooker” moniker, Sitemela kept coming. He landed a left hook on the button and followed it up with a right to the body of a retreating Bulana, who went down for a count of eight. Bulana saw out the round, but it was not looking good for the challenger.

Bulana landed a straight right bang on the chin of Sitemela to start the third, but it failed to turn the fight around. Sitemela took it well and kept coming. He landed some good combinations to the body of Bulana, who responded by trying to grab his opponent’s legs. Moments later, Bulana tossed Sitemela to the floor. Sitemela got up and landed a left hook to the temple, which elicited more holding from Bulana, forcing the referee to deduct a point.

In the fourth Bulana let fly with a combination, trying desperately to turn the tide, but to no avail. Sitemela just continued landing combinations to the body and head until a straight right to the temple dumped Bulana on the seat of his pants in the neutral corner, where he was counted out at the 2:58 mark. 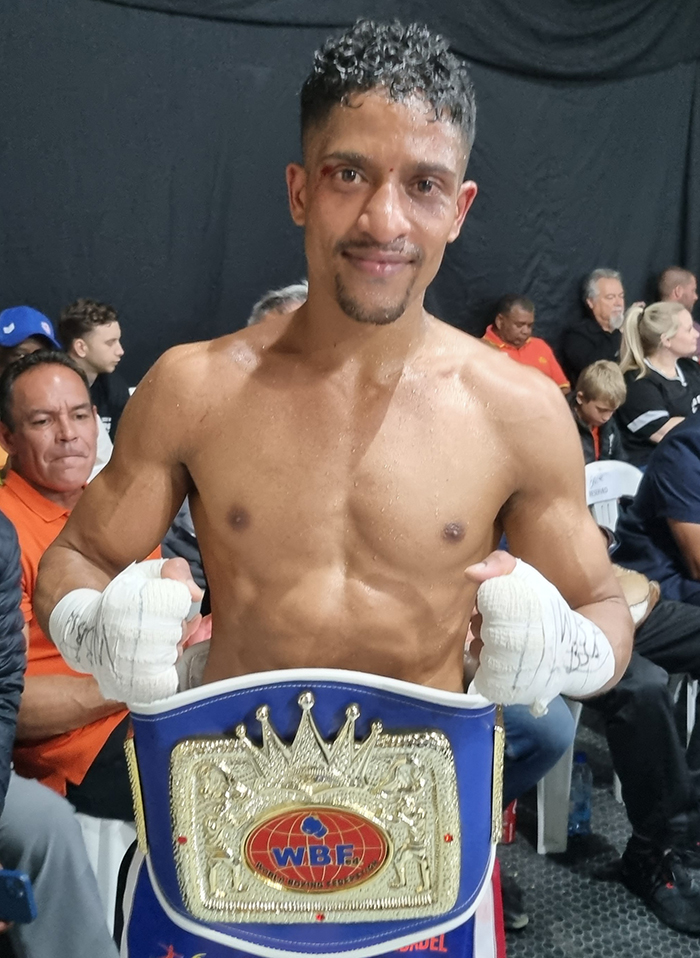 With the victory, Lunga Sitemela improves to 15-1 with nine knockouts while Bulana drops to 12-2. A volume punching, swarming, pressure fighter, Sitemela is never in a bad fight.

In the main supporting bout, flyweight prospect Daniel Pontac improved to 7-0 with five knockouts when he stopped Mzwabantu Dabaza in the ninth round in an entertaining affair.

Things heated up in the second round when Pontac started digging in solid shots to the body. Dabaza responded with combinations to the head, but they were mostly ineffectual, Pontac managing to catch the blows on his gloves and arms.

Pontac brought a right uppercut into play in the third. The round saw some big exchanges of which Pontac mostly got the best, but Dabaza kept fighting back.

He hurt Dabaza with a straight right in the fifth, which caused him to stumble backward and even do a Jimmy Young by sticking his head outside the ropes. Just as it looked like he was ready to call it quits, Dabaza suddenly exploded on Pontac with a combination of blows, which prompted return fire from the undefeated prospect.

Pontac bent Dabaza over with a thudding left hook to the liver in the sixth, but he could not find the shot to put him away.

Dabaza’s attacks grew more and more sporadic as the rounds went by, and with Pontac picking his spots, the end was bound to come.

Pontac finally hurt Dabaza again with a right uppercut in the ninth. He followed that up with a trio of left hooks which knocked Dabaza into the ropes. Pontac simply let the punches fly until referee Sipho Ndongeni had no choice but to step in at the 2:35 mark.

The tournament was presented by Jackie Brice Boxing Promotions.