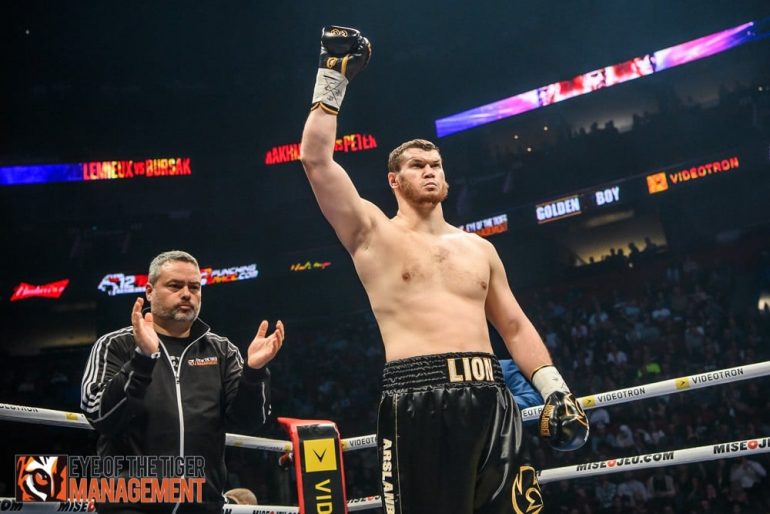 We’ve long known that heavyweight contender Arslanbek Makhmudov would be fighting on December 16. What we didn’t know was who he would be facing.

It looked as though he would match up against Raphael Akpejiori (14-0, 13 KOs). However, the Miami-based Nigerian decided to fight in his homeland and backed out of a deal. That left Eye of the Tiger looking for someone else. They ultimately brokered a deal with Michael Wallisch to face Makhmudov at the Centre Gervais Auto in Shawinigan, Canada.

Makhmudov-Wallisch will headline the event on ESPN+ in the U.S., and the card will also be broadcast live on punchinggrace.com.

He turned professional in 2017 and since then has stopped 10 opponents in the opening round, gaining a formidable reputation as a result. The 33-year-old owns a win over former WBC heavyweight titleholder Samuel Peter (TKO 1) and former title challengers Mariusz Wach (KO 6) and Carlos Takam (UD 10). Makhmudov has a current record of 15-0 (14 KOs).

Wallisch (23-5, 16 KOs) turned professional in 2010. The German won his first 19 contests before tasting defeat against compatriot Christian Hammer (TKO 5). The 37-year-old has since fallen into the role of a journeyman and has lost to Efe Ajagba (TKO 2), Tony Yoka (TKO 3), Joe Joyce (TKO 3) and Murat Gassiev (TKO 4).