Died on this day: Sixto Escobar 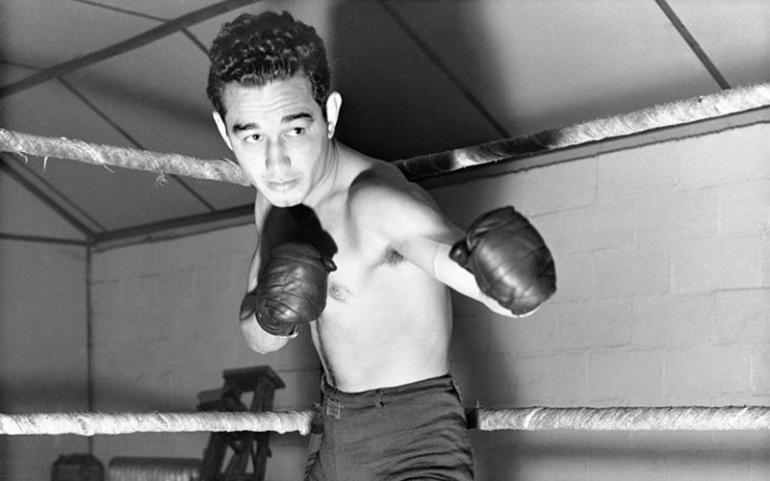 As the first-ever Puerto Rican boxing champion, he started a legendary lineage that still runs strong today. And more champions are added to that roster every year, making the “Island of Enchantment” one of the greatest boxing hotbeds of all time.

Sixto Escobar was born on March 23, 1913 in Barceloneta, a small town in Puerto Rico, and later moved to the tough neighborhood of Tras Talleres, in Santurce, a borough that is part of the capital city of San Juan.

After quitting school at an early age to start working towards a career in sports, Escobar racked up a respectable amateur record and then set out to become a professional prizefighter when he was still in his teens and boxing was largely prohibited in Puerto Rico. Soon enough, the lack of opportunities in his island home forced him to seek opportunities elsewhere, and he settled in Venezuela first and then in New York City, where he furthered his career with a string of notable wins.

In 1934 he faced Baby Casanova in what was deemed as a vacant bantamweight title bout, recognized only by the Montreal Athletic Commission. Escobar won, and thus became the first Puerto Rican claimant to any sort of world title in boxing. He would later defeat Peter Sanstol to lift the NBA version of the title, losing it and reclaiming it against Lou Salica in his next two bouts. But it wouldn’t be until he defeated Tony Marino in 1936 in a defense of his NBA and NYSAC versions of the belt that he would be considered Ring magazine champion. (Marino had previously stopped IBU and Ring champ Baltasar Sangchili in a title bout).

He received his Ring belt in Puerto Rico in 1939 from Ring editor Nat Fleischer himself, after defeating Kayo Morgan at the recently inaugurated Sixto Escobar Stadium in Old San Juan, which still stands today.

However, after a string of losses in the next two years, Escobar ended his career when he was called to serve in World War II, returning to continue his life as a salesman among other things.

He finished his career with a record of 39-23-4 with 22 stoppage wins. He was never stopped or even knocked down in his entire professional career.

In 2002, Escobar was inducted into the International Boxing Hall of Fame.