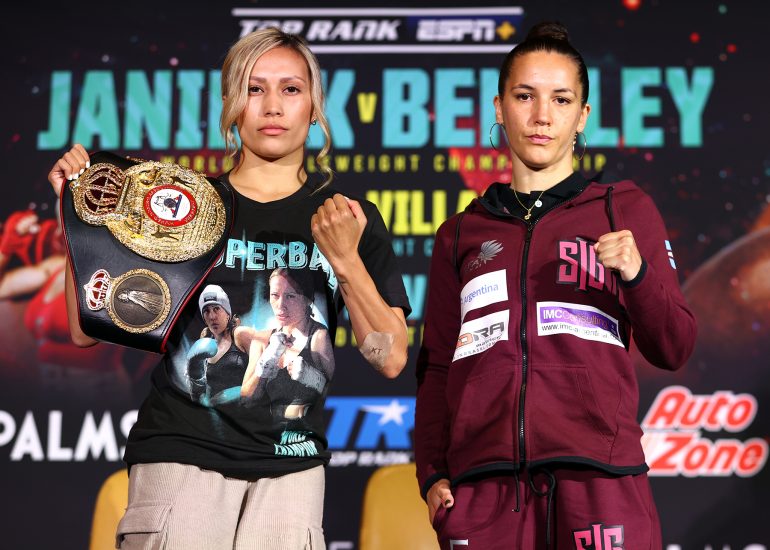 Seniesa Estrada knocked off 11 months of ring rust with a dominant display of boxing and punching against tough and game Jazmin Gala Villarino in the chief support to the Janibek Alimkhanuly-Denzel Bentley main event at The Palm in Las Vegas on Saturday.

Estrada (23-0, 9 KOs), who had been inactive for most of the year due to a change of promoters/platforms (from Golden Boy/DAZN to Top Rank/ESPN), outworked, out-maneuvered and generally outclassed Villarino (6-2-2, 1 KO) over 10 rounds, winning the bout by unanimous scores of 100-90 and making the second defense of the WBA 105-pound title.

However, the 32-year-old challenger from Argentina made Estrada, The Ring’s top-rated strawweight and No. 7 in the pound-for-pound rankings, work hard for her victory. Villarino was the aggressor for much of the fast-paced bout, often forging forward behind stiff jabs and straight rights, but Estrada was able to land more punches and defend well as she maneuvered around the ring.

Estrada attacked the body with both hands from the opening bell and generally let her hands go in three- and four-punch combinations, but Villarino had her moments, especially in the entertaining final round.

Now that she’s off and running with her new promoter and platform, Estrada announced that her goal is to unify 105-pound world titles.