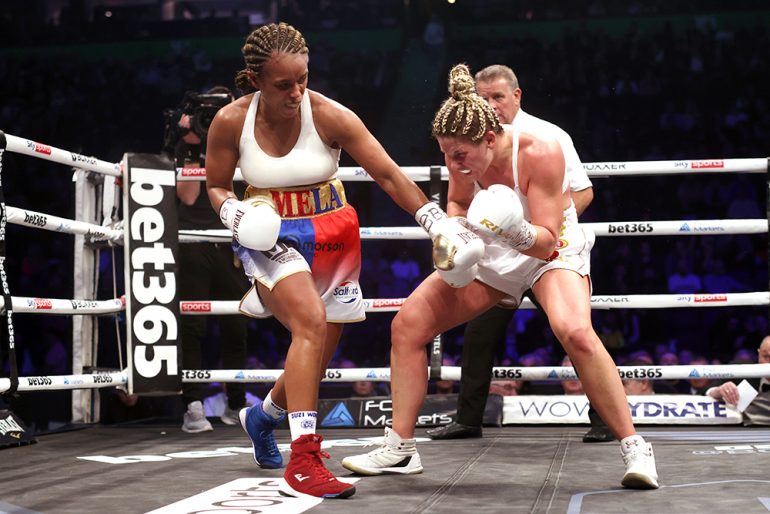 Natasha Jonas promised to focus all her strengths on fellow champion Marie-Eve Dicaire in her quest to become a three-belt unified titlist and new Ring champion in the junior middleweight division. And she delivered, every step of the way.

The 38-year-old Jonas, a legend as Britain’s first-ever female Olympian, demolished Canada’s Dicaire over 10 rounds and defeated her by unanimous decision to add her IBF belt to her own WBC and WBO trinkets, as well as the Ring belt left behind by Claressa Shields as she moved up to middleweight.

Jonas came out storming in the first round at the AO Arena in Manchester, scoring from a distance with straight lefts in this duel of southpaws. Jonas kept finding her range with her left in the second round, managing to wobble Dicaire briefly towards the end of the round.

Dicaire began making use of her much longer range in the third, but Jonas responded by stepping in to close the gap and landing with both hands in her best round up to then.

Showing an increasing degree of frustration, Dicaire attempted to rough up the fight in the fifth, resulting in a few hard head clashes, but was largely unable to stop Jonas’ onslaught.

A right hook by Dicaire towards the end of the sixth round was the Canadian’s best punch of the night, and she followed up with a two-fisted attack that slowed Jonas down for a bit. 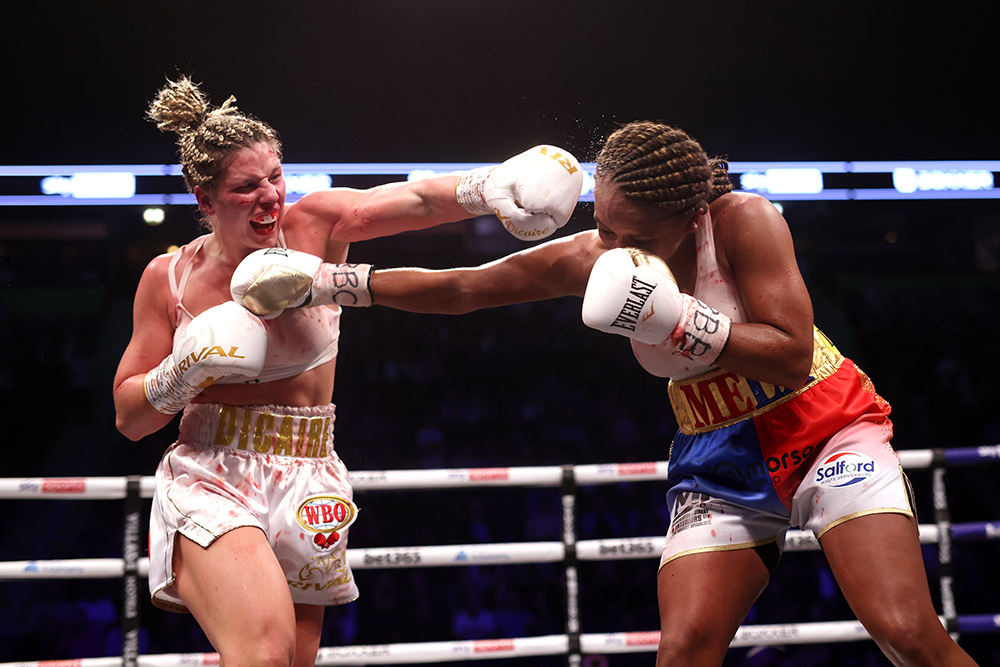 Dicaire successfully connected at times, but it wasn’t enough to keep Jonas at bay. (Photo by Ian Hodgson/PA Images via Getty Images)

Jonas responded with a terrific straight left as the seventh round was just starting, and proceeded to dominate the round with her better accuracy and footwork.

A demolishing right hook by Jonas opened the eighth, and everything appeared to be in favor of “Miss GB” going down the home stretch. Dicaire responded with a few solid combinations inside, but was unable to find the range to connect cleanly for the most part. Dicaire ended the round bleeding profusely from her nose as well.

Dicaire pressed the action in the ninth but still lacked the tools, and now the energy, to keep Jonas at bay and score convincingly. A solid straight left that crashed on Jonas’ face in the early going was probably one of the best punches of the night, but it was not enough.

Jonas came out determined to outland Dicaire and look great doing it, and she achieved it by remaining calm and making use of her better footwork and accuracy to impress the judges one last time and cement a victory that appeared all but guaranteed before the final bell rang out. 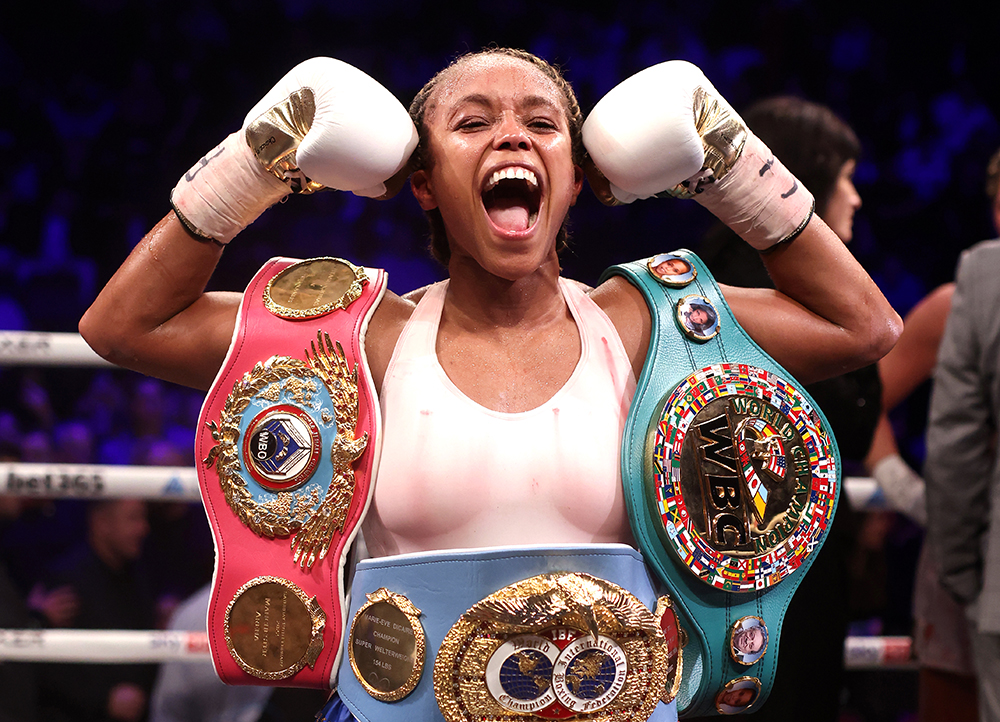 In the co-main event, Dalton Smith defended his British junior welterweight title with a majority decision win over 12 rounds against Kaisee Benjamin in a fight that saw plenty of interesting exchanges from both fighters in a night of back-and-forth action.

After splitting the first four rounds at one apiece, Smith pressed forward during the middle rounds to find his range and frustrate Benjamin with his hit-and-grab tactics.

An overhand right in 8th round by Benjamin appeared to turn the tide for a few rounds, but Smith rallied in the 10th round to outland a slowing Benjamin who just couldn’t find the range to take the initiative or the answers to Smith’s onslaughts. 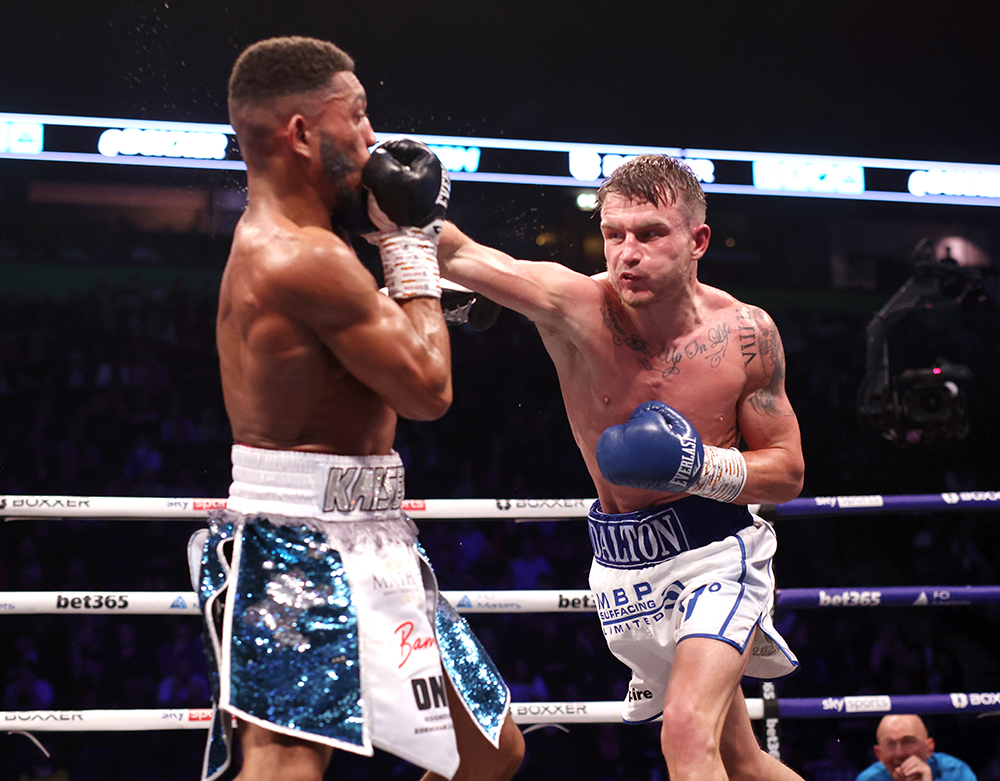 In a rather pedestrian heavyweight clash, unbeaten sensation Frazer Clarke failed to score a knockout win for the first time in his short career, scoring a unanimous decision win over Poland’s Kamil Sokolowski after six rounds of action. The towering Clarke took his time against a willing but outgunned Sokolowski, scoring at will and cementing a win that was clearly expressed in referee Steve Gray’s lone scorecard of 60-54. 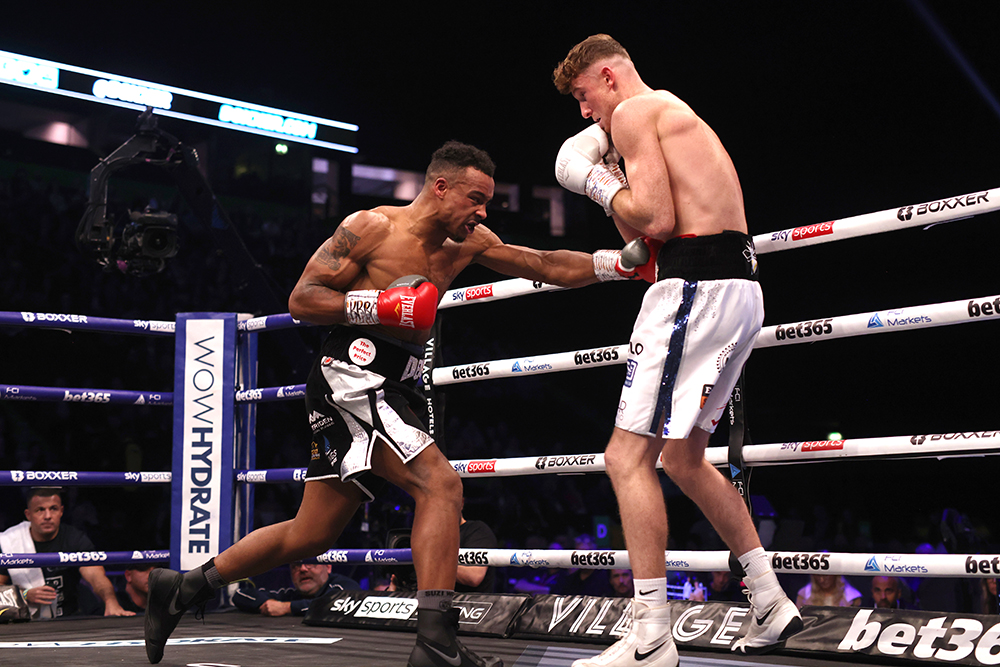 Denny (15-2-3) dominated the middle rounds after a couple of even first few rounds, but took some serious punishment to the body in the eighth round and seemed on the verge of being stopped before rallying to save the night with a razor-thin decision win by scorecards of 95-94, 96-94 and 97-92.

In the first fight of the broadcast, unbeaten cruiserweight prospect Vidal Riley improved to 7-0 (4 KOs) with a demolition of Ross McGuigan (3-1, 0 KO). Riley went after his foe from the very first bell, and finally found his chin with a looping overhand right towards the end of the third round that sent McGuigan down, and the fight was waved off almost immediately after that.