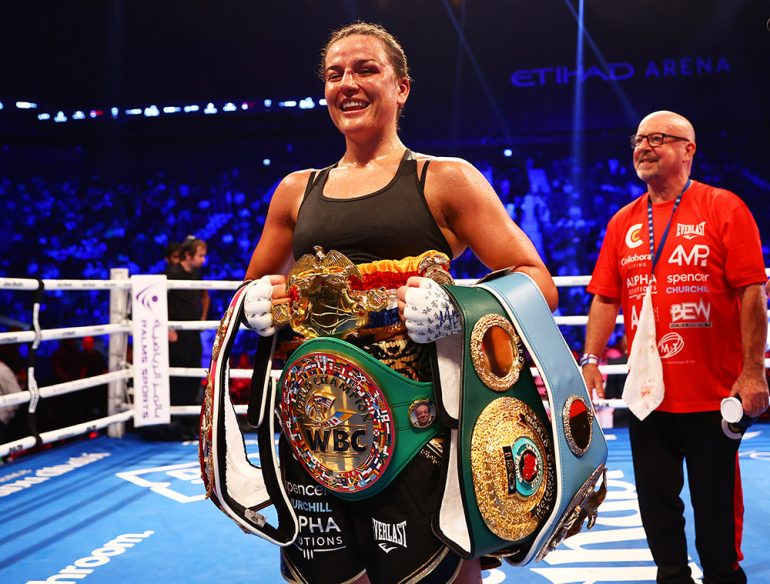 In an era of women’s boxing dominated by three of the best talents that the sport has ever had in Claressa Shields, Katie Taylor and Amanda Serrano, it is very difficult to break into that elite group. But Chantelle Cameron is making a serious case for herself to get up in that podium as soon as she is given the chance to prove herself.

One of such chances took place last week, and Cameron took full advantage of it. In a rare clash of two top pound-for-pound entrants and Ring champions in their own divisions, Cameron faced welterweight champion Jessica McCaskill in a junior welterweight title bout, and the result was as dominant as one can expect in a fight between two equally talented fighters.

“Cameron fought a nearly perfect bout against a game Caskilla who came to fight and gained her groove in the later rounds,” argued historian Malissa Smith. “Cameron boxes beautifully behind the jab but is not afraid to engage. She led the fight throughout winning, in my estimation, a minimum of 7 rounds out of the ten cleanly, if not 8.”

Columnist Mark Jones went even further by saying that “Cameron defeats everyone from 135-147. The two 96-94 scores (in favor of Cameron, the third one being 97-93) make the fight seem closer than it was, almost ruing a fabulous performance by Cameron, who won 7 or 8 rounds,” and Japanese writer Yuriko Miyata added that “Cameron showed her talent in a ‘queen vs queen’ fight clearly.”

For all this, the vote was unanimous. Cameron, formerly No. 6 at pound-for-pound, was promoted to No. 4 in the mythical list, taking McCaskill’s former place as the welterweight champ dips to No. 5, also displacing Delfine Persoon to No. 6.

Elsewhere in the ratings, one of the game’s legends lost her place in the featherweight ratings. Marcela Acuña, one of women’s boxing’s true trailblazers, was dropped out of her No. 5 position to make way for Germany’s Nina Meinke, who defeated Acuña’s fellow Argentine former titlist Soledad Matthysse over the weekend to lay claim to the new position.

“Nina Meinke loves to fight and her resume shows it,” said Beautiful Brawlers’ Lupi Gutierrez-Beagle, while Argentine writer Yessica Palmetta provided further analysis by saying that “Meinke has had hard fights, her counterattacking skills are still weak, but she beat an Argentine fighter with a lot of experience, so she deserves credit.”

Author Irene Deserti added that “Matthysse looked stronger, she was the one who proposed the fight all the time, connecting good combinations to the face and body. Meinke survived with a counterattack without much power that put Soledad in danger. As we said, a victory is a victory. And while I agree with Mark (Jones, who had said that) Meinke is not yet at the level of an elite boxer at that weight, her activity in recent times deserves to enter the ranking.”