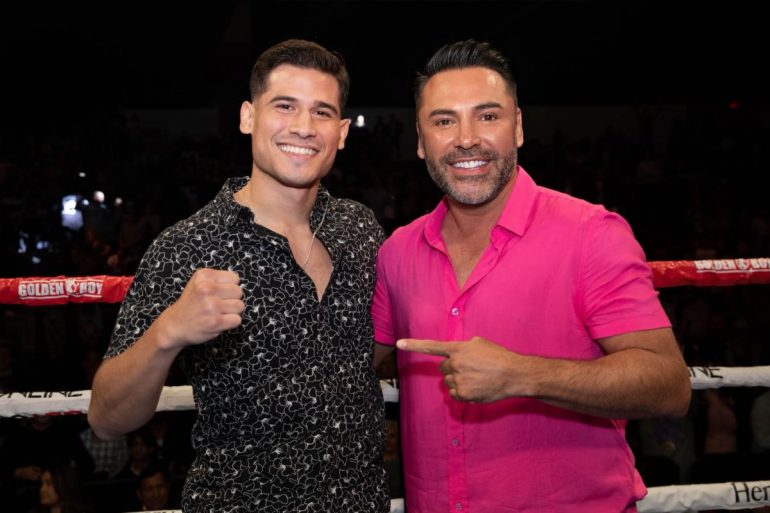 Golden Boy Promotions has added another top prospect to its stable with the signing of Monterrey, Mexico’s Aaron Silva (10-0, 7 KOs).

The 25-year-old Silva quickly became a prospect boogeyman, going toe-to-toe and outclassing previously unbeaten fighters. His latest victory was featured on DAZN when he secured a fourth-round stoppage of Alexis Espino on the undercard of Canelo vs. Bivol.

“I am very happy to begin a new stage in my career with my new promoter Golden Boy Promotions who presented the best plan to grow in the sport,” said Aaron Silva. “Infinite thanks to Oscar De La Hoya and Robert Diaz for this big opportunity and the entire team at Golden Boy, my manager Benjamin Rodriguez, my advisor Aldo Moran, my trainers, and for every person that has celebrated every victory with me.”

“Golden Boy has been in the boxing business long enough to see potential star power, and to develop fighters into powerhouses and world champions. We see elements of that hunger to be the best in Aaron Silva, and are excited to have him under our promotional banner to help foster his growth in the middleweight division,” said Chairman and CEO Oscar De La Hoya.

In Mexico, he was a regional champion from 2015-2019, a state champion from 2017-2019, and was a prospect for the Mexican Boxing Olympic Team. Combat sports is a family legacy, as Silva’s father was a world champion in karate.

Aaron Silva debuted worldwide on television on November 26, 2021 by defeating top prospect Raul Salomon via unanimous decision. He followed up with a splashy knockout win over Alexis Espino on the Canelo vs. Bivol undercard during Cinco De Mayo weekend.

He is currently being trained by Arath Flores at Locos Por el Box in Monterrey, Mexico.

A press release by Golden Boy Promotions was used in this article.