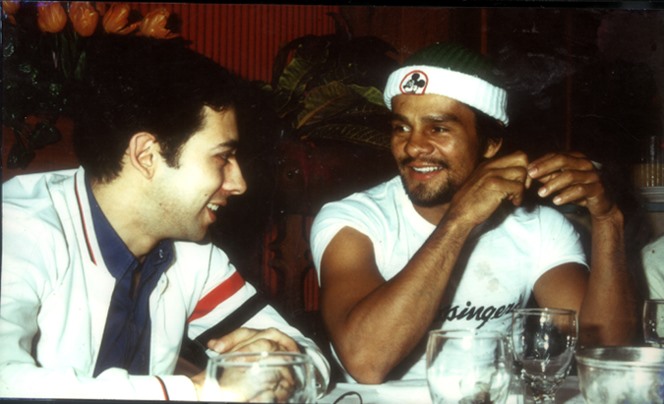 Very few writers can claim to have been born in a boxing family. Argentine scribe and TV personality Carlos Irusta is one of them.

Born in Buenos Aires, Argentina on June 20, 1948, Irusta is the son of a trainer and matchmaker who worked most of his life in the shadows of the legendary Luna Park, a stadium built for boxing in the early 1930s and the place in which most of the country’s greatest fighters had their most memorable nights. During its best era, Luna Park hosted live boxing cards every Wednesday and Saturday, as well as on some Fridays, and also held a gym where as many as 150 boxers trained every day.

Growing up in that environment, Irusta became interested in the sport very early in his life, and after an invitation by “KO Mundial” magazine editor Simon Bronemberg, Irusta published his first article at the age of 15.

He would go on to write for Argentine sports magazine El Grafico for 30 years, traveling the world covering numerous fights. He was a Ring magazine correspondent, and also wrote for Japan’s Boxing News magazine and other outlets.  In his country, he covered the entire campaigns of Horacio Accavallo, Nicolino Locche, Carlos Monzón and every other Argentine world titlist that came after them. He traveled to the United States on several ocassions to cover fights such as Ali-Spinks II, Holyfield-Tyson II, Mayweather-Maidana I and II, Barrera-Hamed, Hopkins-Trinidad and De La Hoya-Chávez I and II, among others.

He was also ringside for fights such as Mike Tyson-Julius Francis  (England), Julio Cesar Vásquez-Winky Wright (France), Julio Cesar Vasquez- Javier Castillejo (Spain) Jorge Castro-John David Jackson (Mexico), and many others in places such as Korea and Japan.

During the best years of Argentine boxing in the ‘70s and beyond, Irusta called fights for as many as four different TV networks, becoming a usual sidekick for some of the country’s most legendary commentators such as Ulises Barrera, Horacio Garcia Blanco, Ernesto Cherquis Bialo and many others. For 25 years he edited and published his own “Ringside” magazine, and he is the author of “Monzon, la biografía definitiva,” the fighter’s most thorough biography to date.

He is currently working as a writer for ESPN.com and is a commentator for the ESPN Knockout TV series.  He is currently a candidate in the Observer category for the International Boxing Hall of Fame.

In this ongoing series detailing the “Best I Covered” of veteran boxing commentators, these are Carlos Irusta’s picks:

Muhammad Ali. Seeing him at the Superdome in New Orleans was grandiose. I interviewed him in Buenos Aires one year later (1979) when he traveled here invited by “El Grafico magazine” along with other colleagues of the magazine. When I asked him a question, he told me: “You don’t look like a writer who specializes in boxing.” He made me feel bad until the interview ended, and then, with a great smile, he put his right hand up and said “throw a jab.” I did, and asked him: “Now, do I look like a boxing writer?” “Yes!”, he said, and by the way he smiled I understood that it had all been a joke. 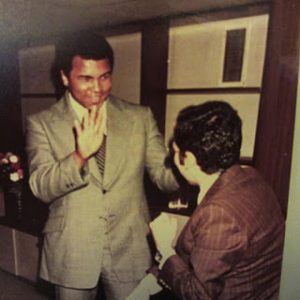 Mike Tyson. His combinations were terrific, all of them were thrown with a very short trajectory and with bad intentions. Seeing him was feeling his energy emanating from the ring.  His win against Frank Bruno (II) was terrific, among all of those that I saw live.

Nicolino Locche. Seeing him in action was truly amazing. He would put his face out to his opponent and dodge punches by an inch with his hands behind his back. He could block everything they threw at him, and talk to the journalists at ringside at the same time. I usually ended up with the palms of my hands all sweaty with emotion.

Roberto Durán. I saw him training at Luna Park before his fight against Davey Moore and I realized how difficult it was to hit him, he would move his face away just one second before impact, and he was a savage as a fighter. I also saw his defeat at the hands of Marvin Hagler, and he captivated me anyway.

Castro-Jackson I.  Castro was losing badly against John David Jackson in Monterrey, defending his WBA middleweight belt. Stanley Christoudolou told him he was going to stop it. Castro and his corner man Luis Spada asked for one more round. And in that very same round, Castro stumbled on purpose to trick Jackson into thinking that he was going down, and Jackson got careless and got dropped three times by Castro instead. It was the biggest and most difficult fight in Argentine boxing.

Ricardo “Finito” Lopez had a tremendous talent and a great career that, perhaps for being one of the smaller guys, never got the attention that the heavier fighters usually get. He is also a great role model.

Monterrey, Mexico, December 10, 1994. Aside Castro-Jackson I, there were fights such as Julio Cesar Chavez-Tony Lopez, Tito Trinidad-Oba Carr, Frankie Randall-Rodney Moore and Ricardo “Finito” Lopez-Yamil Caraballo. All of them on the same night, in a card promoted by Don King! Castro-Jackson was later to become The Ring’s Fight of the Year.  I felt I had witnessed a great night of boxing. 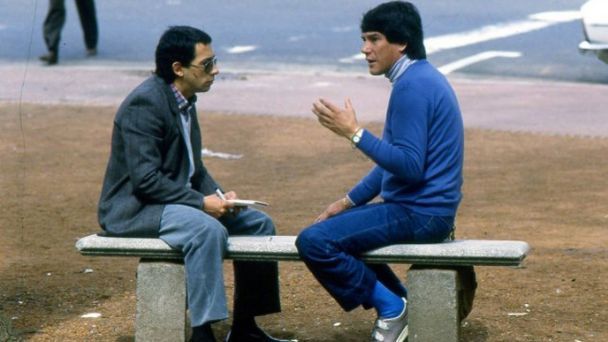 Maidana- Broner. Adrien was the big favorite on that night in San Antonio, but Marcos “Chino” Maidana” stole the show. He ran over him, had him a number of times on the floor, sent him to the hospital, and all the while the entire Alamodome cheered his name. What appeared to be a complicated fight turned into a severe beating.

Leonard-Hagler. I was one of those who believed that Sugar Ray could never win. However, in my card I had him ahead for two points. Carlos Monzon (who was at the fight) felt that Marvelous had won. And even today, that fight is still being discussed.

Mike Tyson, in 1995, when he came to Buenos Aires, invited by Diego Maradona. With my colleague Eduardo Bejuk we waited for him at the lobby and he invited us up to his suite. We talked for about two hours. “I let you guys in because I realized you guys are boxing writers,” he said.  Honorable mention in this category: Roberto Duran. I interviewed him several times, but it was at Grossinger’s when he was getting ready for Leonard I that he invited me to have breakfast. And according to what he told me, I was the first one to interview him after the “No Mas” fight later on in his house in Panama.  Both interviews are published in El Grafico. 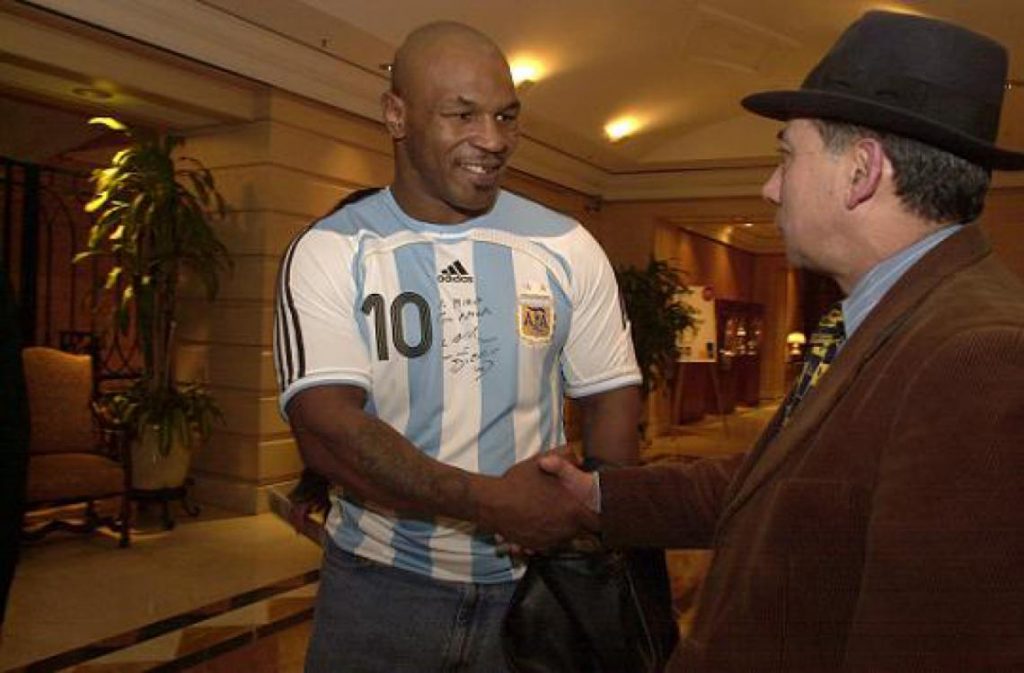 Sergio Martinez-Julio Cesar Chavez Jr. That night it felt as is “Maravilla” was fighting at Luna Park, because he got a standing ovation just as the ones that Nicolino Locche would get. It was a boxing lesson, with the added drama of the last round. The fight paralyzed the country, and I felt happy to be able to watch it ringside.