I’ve been training for Zepeda for three years – Regis Prograis 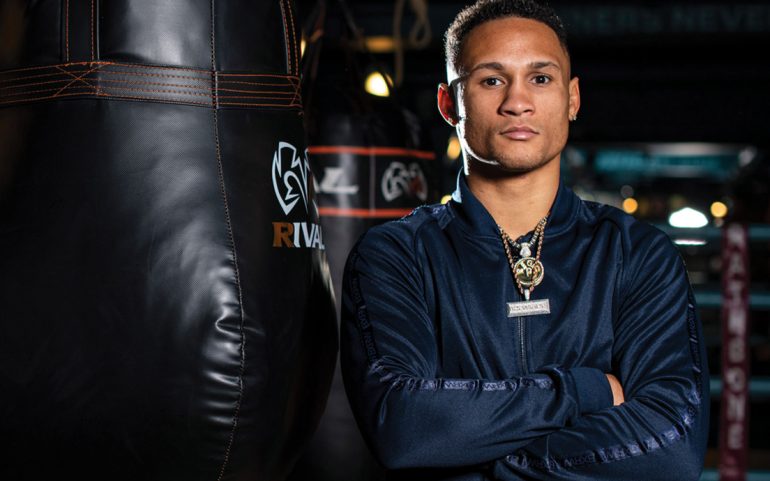 It’s been three years since Regis Prograis wore championship gold around his waist.

Since then, Prograis has endured a frustrating period as he waited for a title shot, a return match with Josh Taylor, a big fight, anything to put his name back where he believes it belongs.

He meets Californian southpaw Jose Zepeda in an attractive match for the WBC junior welterweight title on November 26 in Carson, hoping the contest is a springboard to superfights.

Prograis, an avid reader out of training camp but who stops reading while in training because it takes his mind off the job at hand, said the Zepeda contest is three years in the making and that he has been building toward it since the narrow and contentious loss to Taylor in London at the end of 2019.

“I haven’t been a champion since 2019, so I’ve been training only for this specific fight, to be a world champion,” said Prograis. “I stayed at 140. I had offers to go to 147, probably to make more money, but I just wanted to be a world champion again at 140 and I wanted to be a two-time world champion at 140 before I even think of anything else. Basically, I’ve been training three years for this one specific fight, so those fights I had – those three fights in three years – I wasn’t training for those fights, I was training for this specific fight, so I can’t wait for this. I’m so glad I’ve got the opportunity to fight, and now it’s here I’m definitely going to make the most of it.”

His last two bouts came against southpaws, as he stopped Ivan Redkach (April 2021) and Tyrone McKenna (March 2022) in six rounds each. Prograis has waited as Taylor and Jack Catterall have worked to negotiate a rematch for the remaining belts and that’s put some of his plans on hold and thwarted his charge to get back on top.

“Yes, for sure,” Prograis admitted. “But listen, I have worked and worked and worked. I wasn’t worried by anything else that was going on. I got to this fight and became a world champion just by working hard and that’s what I’m doing to get back to it. I’m just working hard, I kind of knew everything was going to sort itself out. At the end of the day, that’s what happens and I’m cool with it.”

Zepeda is 35-2, hasn’t fought in a year himself, and Prograis thinks he will prove to be a different class on the night.

“The credit I give him is, he earned his shot,” Prograis continued, talking about his opponent in Carson. “He earned his shot to fight for the belt again, so I’ll give him that. But as far as me and him goes, I just think I’m above him. I think I’m a few levels above him. He could be dangerous, but I don’t think he’s as dangerous as me. He’s been dropped before. He’s been hurt before. I never have. I’m not worried about him at all; he has to worry about me. He’s a good fighter, he earned his shot, but I just feel like I’m too much for him; too strong, too fast, hit too hard and I can go 12 really hard strong rounds – and I don’t think he can do that.”

The focus is on Zepeda, but Prograis has short-, medium- and long-term goals. He would be lying if he said he had not considered the thought of some of the big names at 135 moving up to fight him, or of going up to challenge best at 147.

“Yes, for sure,” Prograis went on. “Right now, Zepeda is the only one on my mind. But in the back of my mind, you always think about what’s going to happen after this. Once I do have the WBC belt, there’s going to be a lot of opportunities. I could probably name five big fights and like 10 fights that could be made right now, so there’s a lot going on in the division. But right now the only one I’m thinking about is Zepeda. It’s definitely in the back of my mind, after this fight, what’s going to happen. I know there’s a whole lot of big fights that could be made, but the first thing is I have to become a champion. Those fights don’t happen until I become a champion again.”

Prograis is 33 and three fights through three prime years has not been optimal. He admits to the frustration, but has not let it bring him down too much.

“It has been boxing-wise but I just don’t let that stuff get to me, because personally I’ve been great,” Prograis added. “On a personal level, I’ve been doing good. Boxing is my job and that’s been frustrating but I’ve just put my head down and worked and I try not to worry about it too much. For me, I want to become a two-time world champion because it is frustrating because I was main event on all these different platforms. I was main event on DAZN, I was main event on Showtime, I was main event on ESPN and after the Josh Taylor fight, they just kind of throw you to the side. They throw you away. After that, I fought on a Gervonta Davis undercard, I fought on a Jake Paul undercard and my last fight I fought on an undercard in Dubai. I don’t complain about it. The only thing I can control is me and I just work and work and this fight is three years of work. It’s definitely been frustrating but everything is sorting itself out.”

Through that time period, MTK folded and that company used to list Prograis on its books. Regis doesn’t see the dissolvement of MTK as a reason for his career plateau.

“The MTK thing didn’t really affect me,” he said. “I wasn’t really signed with MTK. I had some stuff going on, but I wasn’t signed with them, so it didn’t affect me. Maybe on some other stuff it could have affected me, but I don’t think it affected me.” 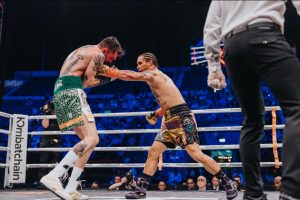 Prograis (right) was levels above McKenna. Photo courtesy of Probellum

It’s all rather ambiguous, but the changes to Prograis’ team have not been just enforced ones; he’s made training changes and hired a nutritionist to advance his career.

“I want to be the best fighter in the world,” Prograis insisted. “We are doing a lot of things differently. I was doing a lot of things old school. As far as nutrition goes, I was losing weight… [but] my last fight was the first fight I had a nutritionist. I had been doing everything wrong. I was sitting in saunas, running with sauna suits on, wasn’t eating right and I felt way better [in the last fight]. I was like 138.8 for the weigh-in and at first I didn’t even think I could make 140, so it was changes just to make myself better.”

And despite the possibility of lucrative offers elsewhere, Prograis could see himself staying at junior welterweight until he hangs the gloves up, however long he has left.

“I might just sit at 140 the rest of my career. I’m 33 and usually things start slowing down, but the last fight was the lowest I’ve been in my career but I made it easy and I felt good.

“Sometimes you make the weight easy but feel bad, but I made the weight easy and I felt happy. I love boxing and my body can take the punishment of training camp. Eventually it won’t be able to take it so I can’t say I’ll fight to 45 or something like that. Boxing goes by how much damage you take and in my last three fights I haven’t been hit, I haven’t really been touched. Even in sparring I don’t take too much punishment. Boxing’s is about how much punishment you can take, and I don’t take too much in sparring and I definitely don’t take it in fights, so it’s a hard question to answer. I don’t know how long that I’ll be fighting, but I can’t think about not fighting no time soon. It’s just I love it. I really love to do it. But you never know in boxing… As they say, you can step in that ring, step out that same ring and you become old overnight. So, I don’t know.”