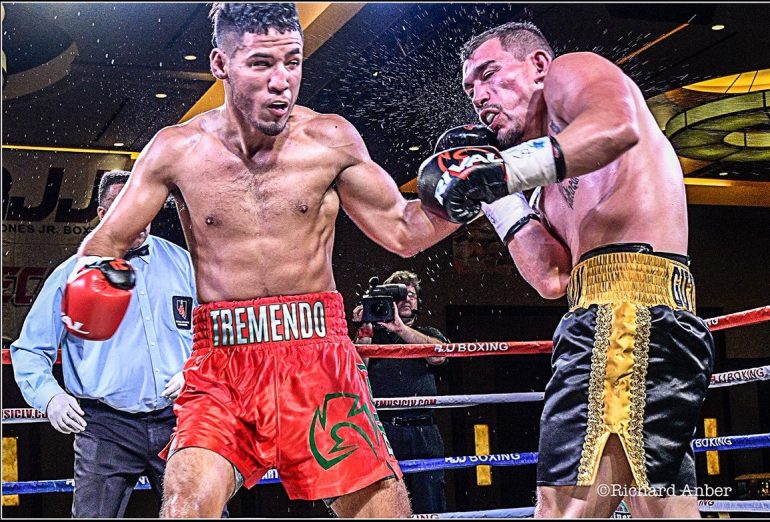 Two fringe junior welterweight contenders square off in a compelling crossroads bout tonight, with the winner pocketing a $50,000 prize and the possibility of facing the upper echelon of the division.

Antonio Moran and Kendo Castaneda will battle it out at the Whitesands (ProBox) Event Center in Plant City, Florida. The 10-round bout will stream live on ProBox TV (9 p.m. ET/ 6 p.m. PT).

Both fighters are finalists of the eight-man Last Chance Tournament Championship. All the quarterfinal (May 20) and semi-final bouts (August 5) also took place on ProBox TV cards in Plant City, Florida.

Moran (28-5-1, 19 knockouts), who resides in Mexico City, defeated Jeffrey Torres and, most recently, Michael Dutchover to reach the tournament final. Both wins were by unanimous decision. The 29-year-old has faced the better opposition of the two, having lost to the likes of Jose Pedraza, Devin Haney and Arnold Barboza.

Having only lost once in his last six fights, Moran believes momentum will be on his side, but his experience and skill-set will be the difference tonight against Castaneda.

“Being in the tournament has been a good opportunity to rise as a fighter,” said Moran, who has been a staple of Boxeo Telemundo telecasts in recent years. “Being able to qualify and win to reach the final has been an awesome experience and it has kept me training practically all year. I have been preparing very well and that has made me ready for any moment.

“I think that Castaneda is a fighter who comes forward and is aggressive, so you must box him. He’s going to come in with his same fighting style and he’s going to try and pick me up at close range, but I’ll handle it. In the first four rounds, I will look for the knockout, but if I don’t get it, I will box him because there is no other way. I’m going to do the fight my way, connecting with quick combinations and moving around the ring.”

Castaneda (19-5, 9 KOs), who resides in San Antonio, Texas, scored a first-round knockout victory over Sonny Fredrickson in the opening round of the tournament. The 28-year-old defeated Joseph Fernandez by unanimous decision in a close fight.

With nothing to lose and everything to gain after having lost his previous five bouts, Castaneda is confident he will stop Moran and move forward with his career.

“I’m always ready to fight, so I actually do not vision this as my last chance,” said Castaneda. “There has been some pressure to win to move on, but it’s been so much more fun than anything.

“Moran thinks he will knock me out in five? I think nothing of Moran, but it will be a Mexican war for as long as it lasts, and I am ready for 32 rounds. Moran will be running into a brick wall and eventually he falls. The referee stops it, or the referee will stop it.”

In the co-feature, Juan Huertas will square off against hard-hitting Miguel Madueno in a 10-round lightweight bout.

Huertas (16-3, 12 KOs), who resides in 24 de Diciembre, Panama, stopped Jonhatan Cardoso in the opening round of his last bout on June 17. The 30-year-old has won his last two bouts after losing to Jon Fernandez and, most recently, to Gary Antuanne Russell, both by knockout.

Madueno (27-1, 25 KOs) last fought on March 12, losing by unanimous decision to Jezzrel Corrales in a foul-filled fight. The 24-year-old, who is originally from Guasave, Mexico and now resides in Orange, California, had stopped his previous 13 opponents.

In lightweight action, Carlos Rodario (5-0, 3 KOs) of Fajardo, Puerto Rico will square off against Ezequiel Borrero (5-0, 2 KOs) in a six-round bout.