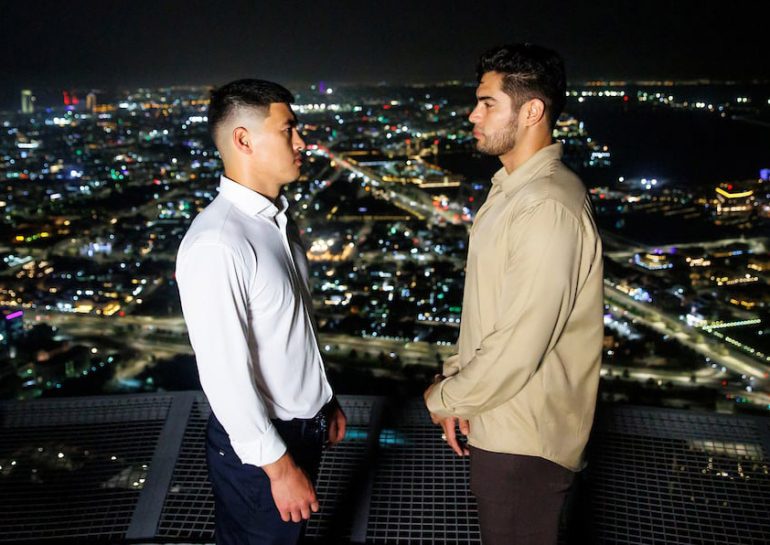 Bivol, who is rated No. 1 by The Ring at 175 pounds, was a standout amateur before turning professional in November 2014. The 31-year-old Kyrgyzstan-born technician claimed the WBA light heavyweight title in 2017 and has reeled off nine successful defenses. He holds wins over Sullivan Barrera (TKO 12), Isaac Chilemba (UD 12), Jean Pascal (UD 12) and Joe Smith Jr. (UD 12).

However, it was his career-best win over Canelo Alvarez (UD 12) that greatly enhanced his reputation and vaulted him into the No. 7 spot in the mythical pound-for-pound ratings.

The strain of boiling his 6-foot-2 frame into making 168 pounds forced Ramirez to vacate and move up in weight in 2019. He has settled nicely at 175 with five victories, all inside the distance, including a pair of wins over experienced Cubans Sullivan Barrera (KO 4) and Yunieski Gonzalez (TKO 10) to become the WBA mandatory challenger.

Bivol (20-0, 11 knockouts) is calm, composed and supremely confident after upsetting Canelo earlier this year. Might that lead to some sort of letdown? Ramirez (44-0, 30 KOs) has an impressive record, but does he have what it takes to beat the best in the division? If Bivol is able to find his groove, like he did against Canelo, what can Ramirez do to offset his rhythm? Ramirez has long called for this fight; does he see something that he can exploit?

“This is an excellent matchup pitting The Ring’s No. 1-rated light heavyweight (Bivol) against the No. 3 contender (Ramirez). Zurdo isn’t as good as Canelo Alvarez in a pound-for-pound sense, but unlike his fellow Mexican, he’s a mondern-sized light heavyweight. Ramirez will weigh-in at 175 pounds and re-hydrate into a cruiserweight on fight night, plus he’s a busy fighter, so he brings a physical threat that Alvarez could not present in May. Having said that, Bivol is an elite-level boxer who has mastered the art of distance control. The WBA beltholder has an educated jab, quick one-two combo, sneak left hook and the best pair of legs in the 175-pound division. This man can glide around the ring when he wants or needs to. I think his jab and stick-and-move game will enough to outpoint Ramirez in a competitive boxing match.”

“I’m really intrigued by this fight. Can Bivol bring the momentum he gained from shocking Canelo and take Ramirez’s unbeaten record? Or will he suffer a letdown after beating the No. 1 pound-for-pound guy? I think the former. I don’t think Bivol is the type of fighter to let that throw him. That said, Ramirez is tall, long and unbeaten. Having spoken to Ramirez, I know he’s supremely confident. He doesn’t use his size; he prefers to get in close, and I don’t think Bivol will let him. Bivol is highly economic and methodical, and I think he boxes just like he always does and wins a 12-round unanimous decision. Something like 116-112 on the scorecards.” 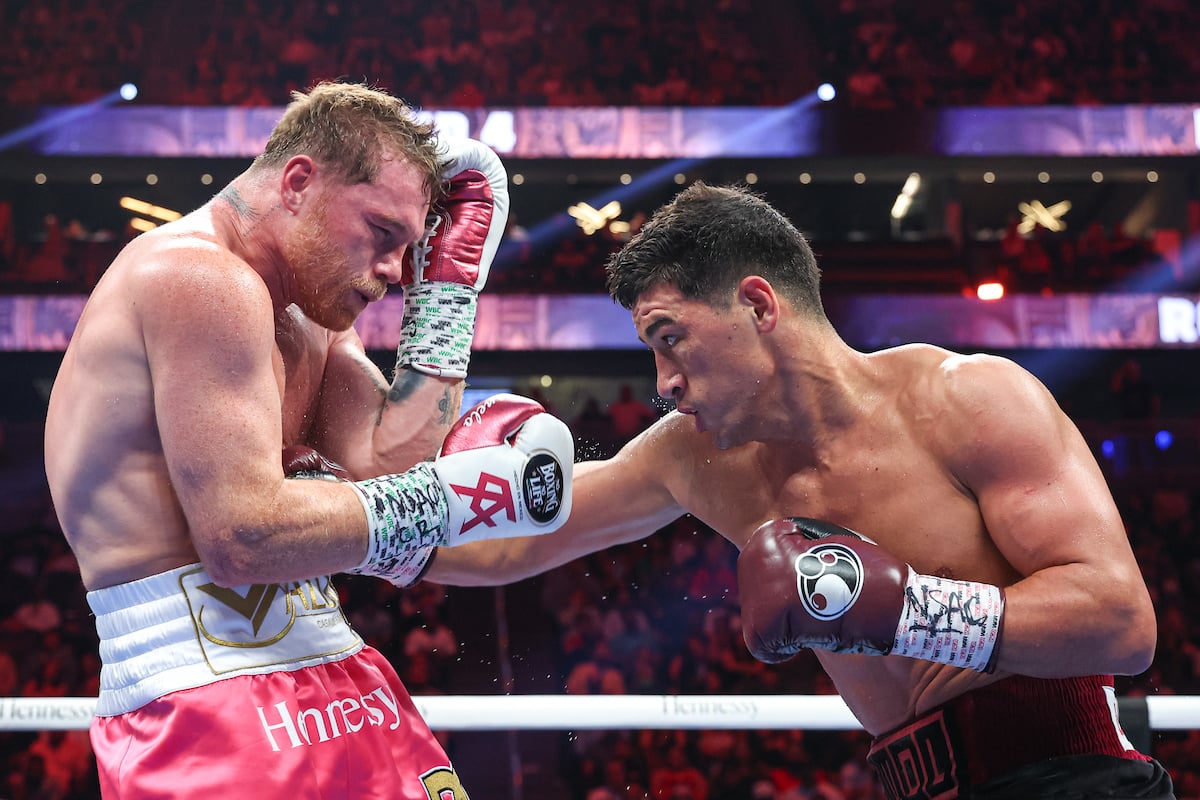 Dmitry Bivol takes it to Canelo Alvarez during his defense of the WBA light heavyweight title at the T-Mobile Arena in Las Vegas, Nevada. Photo by Ed Mulholland/Matchroom

“Bivol is coming off the signature win over Canelo, but Ramirez presents completely different challenges than Alvarez did: He’s left-handed, boasts height and reach advantages, is a terrific body-puncher, is capable of generating high work rate, has good defensive skills over the long haul, packs on the pounds after weigh-ins (he scaled a massive 204 in the ring against Dominic Boesel in his most recent fight) and is 44-0. Bivol is a highly skilled, disciplined ring general who owns one of the best jabs in the business, but Ramirez’s southpaw stance and penchant for infighting may take away that weapon. If Ramirez starts fast and finds his rhythm, he’ll prevent Bivol from finding his, and if he doesn’t score an attrition-based late-round TKO, I believe Ramirez will win on points.”

“The world finally came to appreciate Bivol’s skill set after his upset win over Canelo Alvarez, and now he is thrown in with a mirror image in Zurdo Ramirez. I don’t expect an exciting fight, with two search-and-jab-oriented boxers, and oddly the man who risks more in the late rounds will probably lose on account of the duo’s superior countering abilities. For a change, Bivol tucking up when under pressure may work against him with a Ramirez who works well a mid-range using his southpaw stance and punching accuracy. In a fight with few clean shots or thudding power punches, a slightly more volume-oriented Ramirez escapes with a close decision win.” 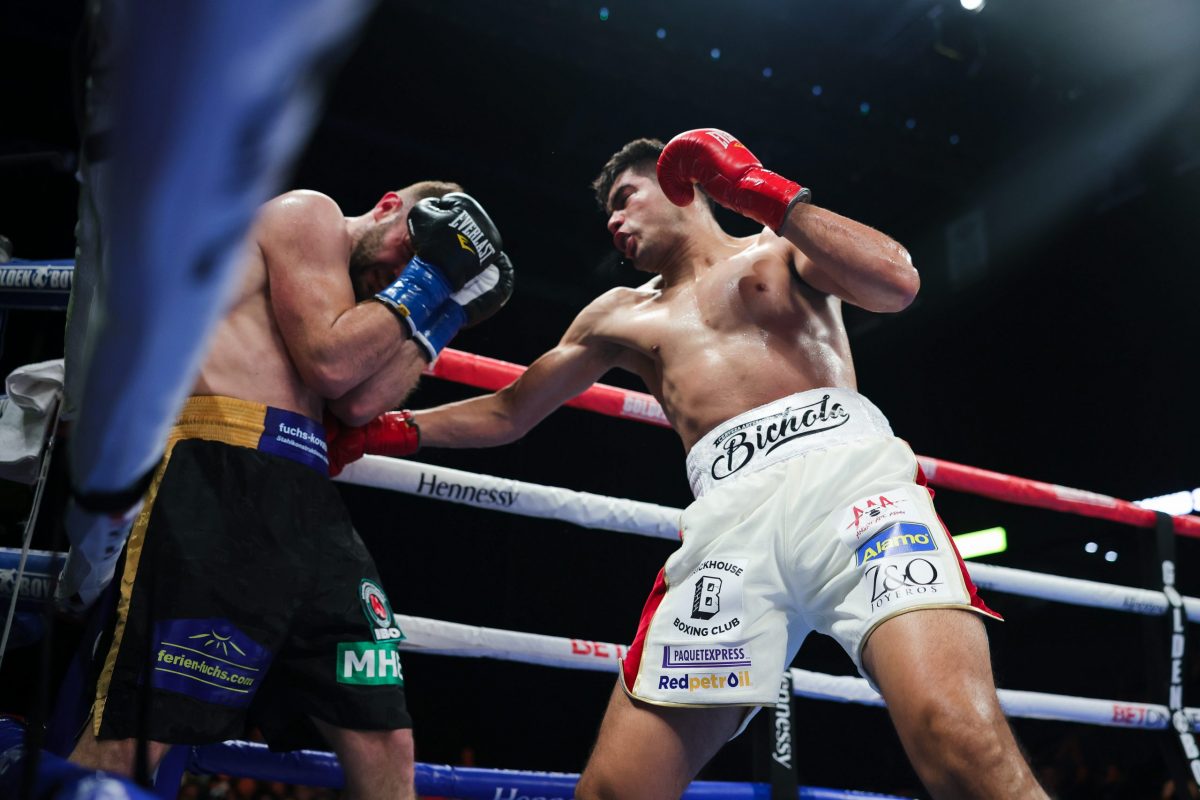 “Bivol, underrated and unassuming, will remind everybody just how good he is. He shouldn’t have to, not after his upset of Canelo Alvarez. But fans have short memories and Bivol doesn’t brag. He just fights. His ability to control distance with footwork and a jab figure to confuse, frustrate and dominate. Gilberto “Zurdo” Ramirez is popular for his aggression and body punches. But his defense is problematic. He doesn’t move his head when he steps inside. That makes him a perfect target for Bivol’s calculated precision.”

“This should be a good one. We all know that Bivol beat Canelo, who was considered the pound-for-pound number one. However, Bivol brought his ‘A’ game and shocked the boxing world with a fine win. This time, he faces a genuine light heavyweight whom he can’t bully. Ramirez, the southpaw, can make this a very frustrating night for Bivol. Many will pick Bivol to win, but the longer this fight goes, the more I see a win for Ramirez via a split decision.”

“Here is a fight that does not receive the media attention it deserves. Even if Bivol returns from an impressive victory over Canelo Alvarez, the Ramirez challenge is very complicated. He’s big, left-handed and throws a lot of punches, good technique, everything to make the Bivol evening long and painful. Of course Bivol is favored, but I see a very difficult battle for him. Bivol by split decision.”

“From what we’ve seen during their respective careers, Bivol is undoubtedly the better technician and has more tools. I like Zurdo — he’s a warrior with a never-say-die attitude — but I think he’ll struggle to inflict serious damage on this opponent. Even if Ramirez does land, Bivol appears to be bulletproof. I think this will be a long and frustrating night for the challenger.”

“Quite an adjustment for Bivol, fighting a 6-foot-2 southpaw after battling a 5-foot-8 righty in Canelo. Stylewise, this could be difficult for the champion, assuming Zurdo is able to keep adequate range. I still like Bivol, who will have to fight more aggressively than usual. Bivol on points.”

“I think in this fight Bivol is the all-around better boxer and think he is coming off a high with Canelo. So, I don’t see Ramirez being able to figure Bivol out. Plus I usually go with the boxer in a fight like this, and that is Bivol. The last three guys Ramirez fought were there for him to stop, which is great matchmaking, but I don’t believe Bivol is going to be like the last three.”

“I am picking Bivol to win a wide points decision over Ramirez. I think that Bivol’s superior boxing skill will overwhelm Ramirez, who has never fought anyone remotely close to the level of Canelo. And, to be fair, despite the close scores, Bivol played with Alvarez. Dmitry will beat Ramirez to the punch from start to finish. Bivol always comes in with a disciplined game plan, well-crafted to exploit his opponents’ weaknesses. And I expect that this fight will not be any different.”

“This is likely to be a technical and perhaps tactical boxing match. Both can win that type of fight. Ramirez is a busy southpaw, and with his size and dimensions, he represents a totally different and probably sterner test than Canelo. Ramirez is good and throws plenty of shots, so this should be very competitive and maybe tight on the cards. The 3/1 or so against Ramirez looks generous. But I do favor Bivol to work it out and find a route to victory. His mastery of range and ring IQ are off the chart. It probably won’t be one for your rainy-day collection, but if you like the very essence of boxing then this fight will deliver, along with a narrow decision win for Bivol.”

“I think Dmitry will be pushed hard against Ramirez, but I also think that he will step his game up and fight a beautiful fight and come away with a clear decision victory over 12 rounds.”

“Ramirez is a strong, tall fighter who fights with bad intentions, that moves forward looking to break down his opponents, and he has been very successful so far. Until he meets Bivol. Bivol is a very dedicated fighter, as is Ramirez, but the boxing IQ goes to Bivol. He has structure, skills, timing and a great jab, knows how to move in and out. You’ll see him controlling the distance and fighting on his terms. I’m picking Bivol to win a 12-round unanimous decision.”

“Bivol has very good footwork, knows his distance well and has got better skills overall. Zurdo went life and death with Jesse Hart, twice, and I don’t think he’s improved since then. Bivol should win easily by unanimous decision.”

“We’ll find out how good Zurdo Ramirez is here, and I believe it’s a step below Bivol. The shock of Bivol’s upset over Canelo Alvarez was not that he had the talent to compete with Canelo — many felt he did — but that he had the engine to out-punch him. Canelo is no longer Canelo. Canelo 2022 is a wealthy man. Canelo 2019 would have fought like a savage feral animal had he fallen behind in a fight. Canelo 2022, behind against Bivol, showed the intensity one has with a sparring partner. This will be a good spar for Bivol, and I’m guessing Zurdo will attempt the rally that Canelo didn’t and fall short in a clear decision for Bivol.”

“Ramirez may be the slightly harder puncher, but Bivol’s accuracy of punches will be hard to get through and I think Bivol will win rounds to get a lead over Ramirez on the cards. There will be close rounds for the judges to score. While Ramirez will want to go for the KO, I think Bivol will catch the judges’ eye with his accuracy and pull out a points win to retain his belt.”

“Interesting fight, tough to pick. Both guys are long-range fighters and have good chins, stamina and are active. Ramirez’s size advantage should help him, but he can’t rush when he attacks Bivol. He has to stay disciplined. I love Bivol’s boxing IQ. The jab, angles, the footwork, he controls range very well. He has great momentum going in after beating Canelo convincingly. I’m going with Bivol by close unanimous decision.”

“Ramirez has a very tough style based on being tall, long and a southpaw, but that in-and-out darting style of Bivol will give him the advantage. Bivol by majority decision.”

“Even though Ramirez is big, a southpaw and wants to avenge Canelo, I have followed Bivol very closely, and he has always done whatever it takes to keep his undefeated record. I will go with Bivol by unanimous decision.”

Gilberto Ramirez charged up and ready for his big shot vs. Bivol