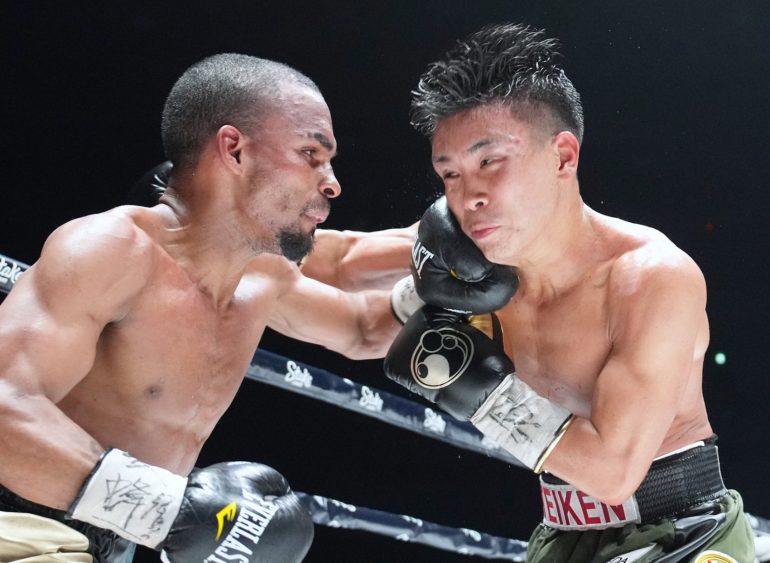 Junior flyweight titleholder Jonathan Gonzalez used all of his experience and ring savvy to turn back the challenge of Japanese up-and-comer Shokichi Iwata on Tuesday in Saitama, Japan. 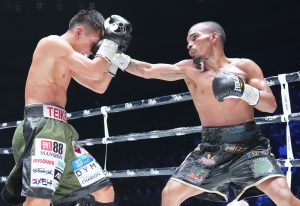 Gonzalez boxed well from a distance. Photo by Naoki Fukuda

It was a competitive and, at times, rough clash of styles for the first half of the bout. Gonzalez, a southpaw, troubled Iwata with his lateral movement, while the 26-year-old challenger’s greater size and physical style presented problems for the titleholder.

Iwata (9-1, 6 KOs) appeared to be imposing himself on Gonzalez by the fourth round; the veteran was bullied about the ring as he complained of elbows and low blows. However, Gonzalez stood his ground in Rounds 5 and 6, even pressuring Iwata onto his back foot at times. Iwata, The Ring’s No. 10-rated junior flyweight going in, landed well to Gonzalez’s body during their exchanges, however he had trouble cutting off the ring when the southpaw boxed from a distance.

Gonzalez switched back to his stick-and-move tactics down the stretch of the fight, rendering Iwata’s aggression ineffective. Iwata was game to the final bell, but he lacked a jab, head/upper-body movement and ring-cutting ability.