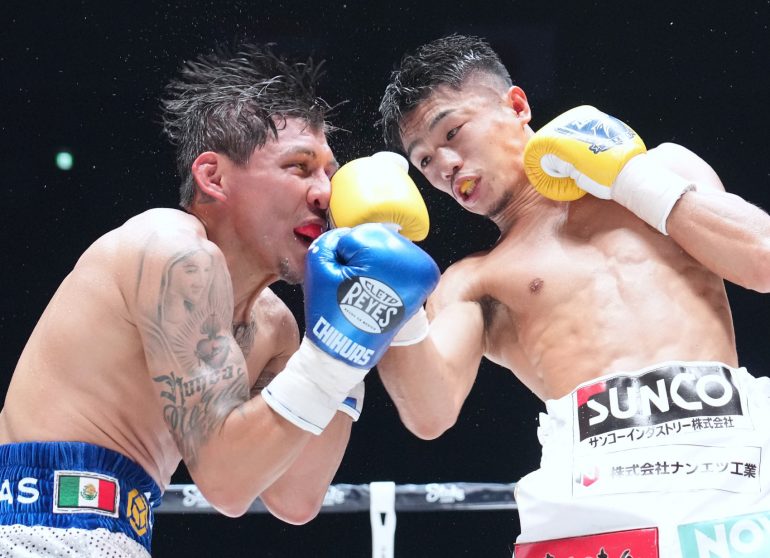 Junto Nakatani won his 115-pound debut but Francisco Rodriguez Jr. made him earn it. Photo by Naoki Fukuda
01
Nov
by Doug Fischer

Nakatani (24-0, 18 KOs), who made two defenses of the WBO flyweight title during a near-two-year reign, won by scores of 99-90, 98-91 and 97-92. The entertaining fight was more competitive than the official tallies indicate.

Rodriguez (26-6-1, 25 KOs), a former unified IBF/WBO strawweight titleholder who has battled the likes of Roman Gonzalez, Donnie Nietes and Kazuto Ioka, is a veteran junior bantamweight rated No. 7 by The Ring before the fight. The 30-year-old Mexican took the fight to Nakatani, who responded the way a 24-year-old fighter reaching his peak should — with gusto.

Nakatani’s punches did more damage to Rodriguez’s face than vice versa but neither slugger took over the physical fight. Rodriguez was penalized a point for a low blow in Round 7.