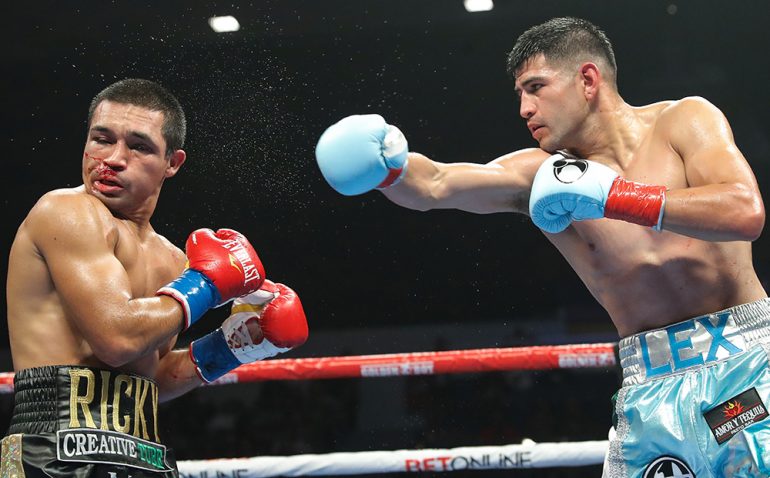 The shorter Perez came to fight and might have surprised Rocha, who was born and raised in nearby Santa Ana, with his toughness and ability to stay in the pocket and trade.

Rocha was able to land more combinations in succession, but Perez utilized his craftiness to counter with right hands that would, at times, snap Rocha’s head back.

Perez continued to stay in the pocket but found more success during the middle rounds. For the first time during the fight, Perez was able to back Rocha up with his punches, but Rocha was able to throw and land in bursts to the head or body. 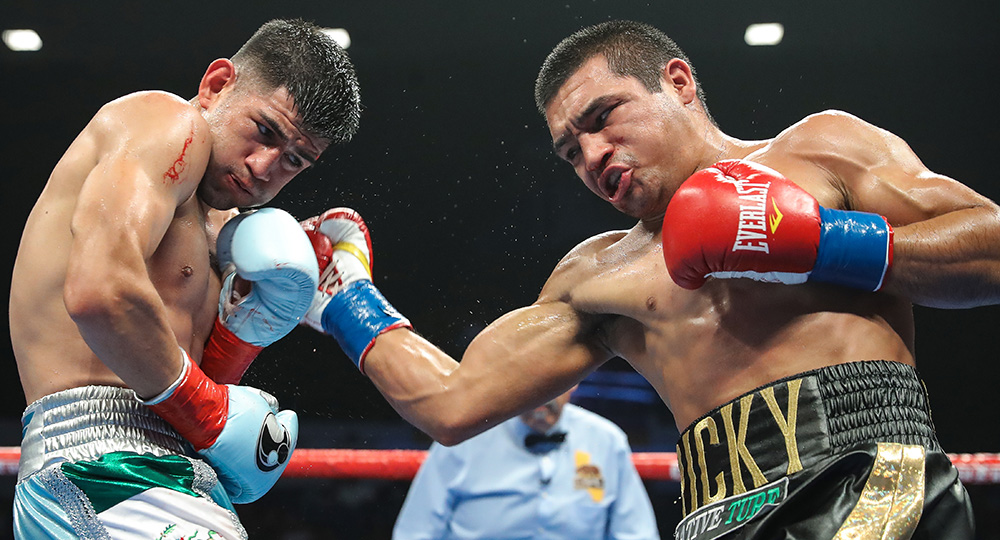 Perez (right) impressed the crowd with his tenacity against Rocha. (Photo by Tom Hogan/Golden Boy/Getty Images)

As the bout entered the second stanza, Perez’s aggression and toughness won the crowd over; cheers were heard every time he landed a punch on Rocha.

Perez continued to be game up until the final bell, but Rocha was the more effective fighter.

Rocha, who is the younger brother of former world title challenger Ronny Rios, has won his last five bouts since losing to Rashidi Ellis in October 2020. He hopes to land a big fight against any of the top fighters early in 2023.

“We’re looking at someone like Keith Thurman,” said Rocha after the fight. “I’m willing to fight them in their backyard. I want those fights next year.”

Perez, who resides across the U.S.-Mexico border in Tijuana, drops to 24-4 (18 KOs). He has split his last six fights.