Ireland next for Katie Taylor after wide win over Karen Carabajal 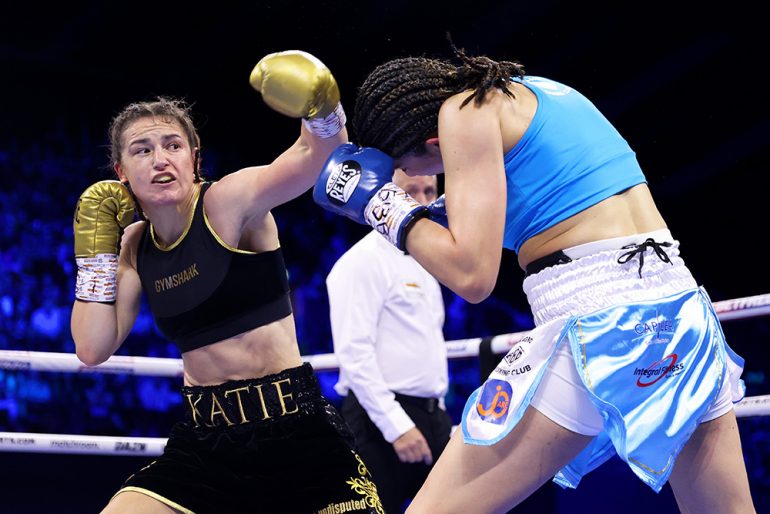 At a raucous Wembley Arena, Taylor defeated Argentine underdog Karen Carabajal by scores of 100-91, 99-91 and 98-92 to retain her undisputed lightweight championship. 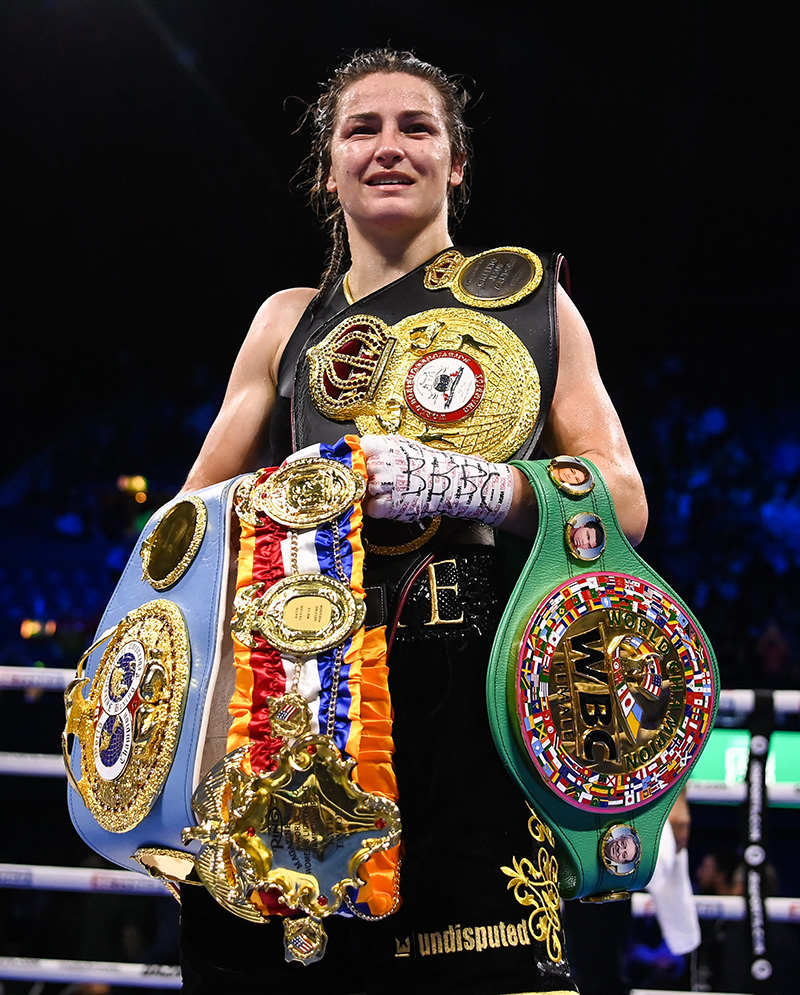 The Irish star’s speed of hand and foot was superior, but Carabajal was able to score with the right hand in the opener. Taylor was landing the left hook frequently through the second, but the rangy Carabajal, who’d spent most of her career at feather and junior lightweight and who had not fought outside of Argentina before, was well in the fight.

There was two-way action in the third and fourth. Taylor was in the ascendency, but she was taking shots for her efforts and there were signs Carabajal was not going anywhere.

It was fast-paced, and although Taylor was in control, she couldn’t deter the challenger, who kept coming through the middle rounds, walking through as many overhand rights as Taylor could throw.

Carabajal bled by the right eye in the ninth round after the fighters bumped heads, but even though she was game and capable, the Argentine was always a step behind. Carabajal is now 19-1 while Taylor moves to 22-0.

“She was a tough fighter, very smart and very awkward,” said Taylor, who is hoping for a lucrative second fight with Serrano next.

“We want the fight at Croke Park, 80,000 people; that will be the biggest event in women’s boxing history,” Taylor added.

Promoter Eddie Hearn said, “Ireland has to be next for Katie Taylor. It’s time to give Ireland a sporting event they will never forget.”

It remains to be seen how many more times Kiko Martinez, 36, can turn the clock back, because he did it again when he scored a resounding fourth-round win over Jordan Gill to claim the European junior lightweight title. In victory, Martinez called out Leigh Wood.

Gill started sharply, catching the stocky Martinez with left hands as the veteran tried to close the distance, but the Spaniard was more aggressive in the second round. 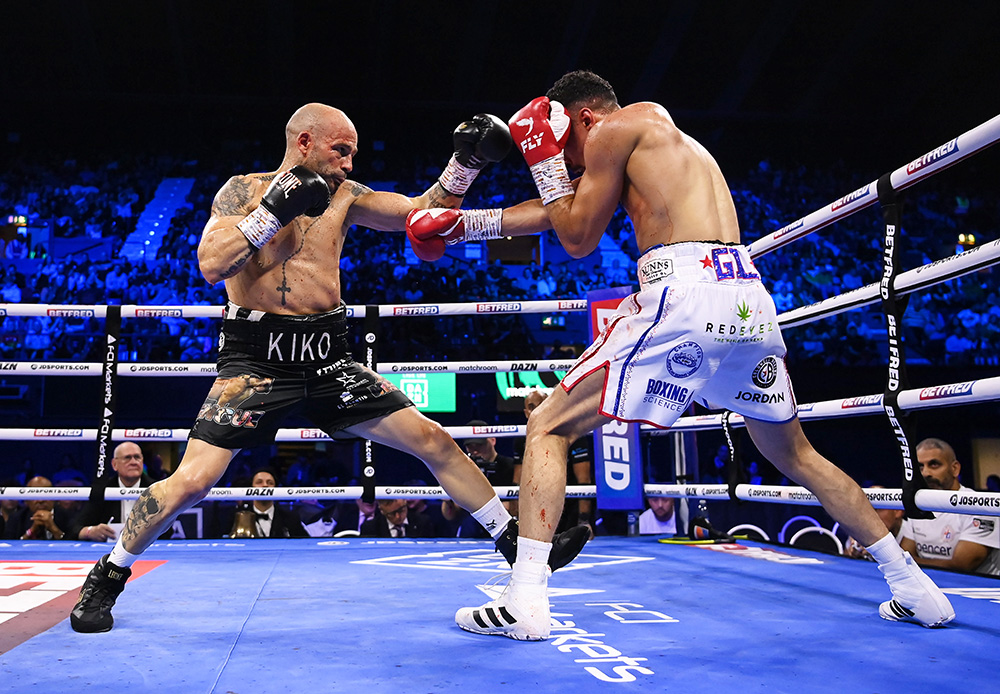 The third was a torrid affair for Gill. He was down from a right hand in the opening moments and floored once more before the end of the session. Gill’s face started to mark up and he bled by the right eye.

Gill continued to unravel in the fourth. He couldn’t keep Martinez off him and the Spaniard bludgeoned his way forward, landing right hands and left hooks, and Gill was down twice more – finally courtesy of a leaping left hook from Martinez. Gill’s trainer Dave Coldwell was on the ring apron to stop the fight, but the referee had decided he had already seen enough. It was over at 2:44 of the fourth and Gill is now 27-2-1. Martinez is 44-11-2.

Romford heavyweight Johnny Fisher, returning from a spell on the sidelines because of a hand injury, moved to 7-0 with a first-round win over Czech Dominik Musil, who is now 7-5. Musil was clubbed to the deck twice and stopped on his feet by referee Marcus McDonnell.

Ellie Scotney improved to 6-0 and won the European junior featherweight title with a decision victory over Spaniard Mary Romero, who is now 8-3.

Scotney won by margins of 97-93, 97-94 and 96-94, and although Romero was hard to pin down and there were signs Scotney was becoming frustrated in the fight, she remained patient and deserved her clear win. Romero often circled to her left but would stop to either throw a right hand or claim Scotney if she was in too close. Ellie scored with a solid right in the eighth and coach Shane McGuigan urged her to double up her jab.

Scotney pressed forward in the ninth and landed shots to the body but sometimes crowded her work. However, Scotney was stronger and fitter and while both celebrated at the end, Scotney had done enough to dethrone the champion.