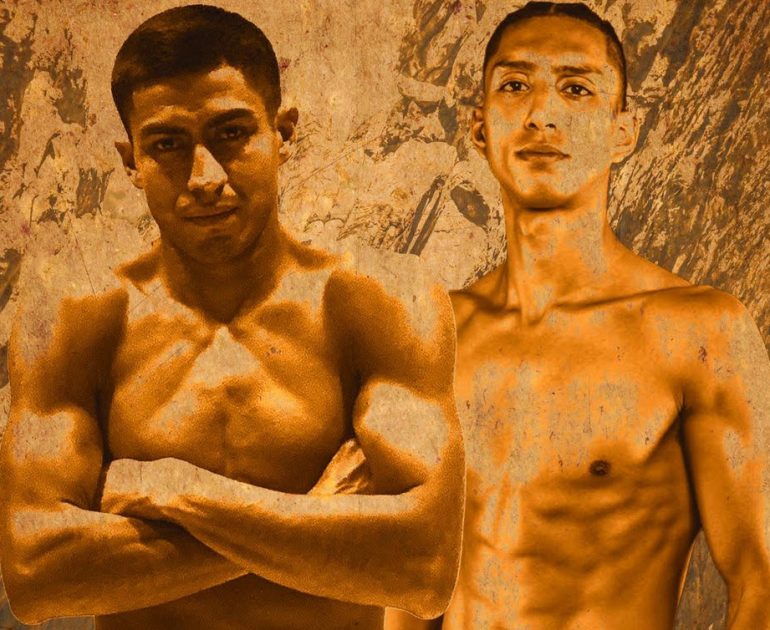 A crossroads fight between an unbeaten fighter on the rise and a seasoned gatekeeper eager for another run at contender status will take place tonight.

Alan Sanchez and Saul Bustos will square off in a 10-round bout at the Cache Creek Casino in Brooks, California. At Friday’s weigh-in, both Sanchez and Bustos weighed in at the welterweight limit of 147 pounds.

The clash between Sanchez and Bustos will put the winner in position for more-lucrative opportunities in a talent-rich division. Tonight also marks the first fight card at the Cache Creek Casino in over three years for promoter Paco Damian.

“We’re thrilled to be back in Northern California,” Damian told The Ring Friday evening. “This is a great opportunity for both fighters to be back in the mix. It’s a competitive fight and it’s difficult to predict a winner.”

“Alan has fought the better opposition. Bustos is a young kid who is trained by Freddie Roach and has gotten better because of the top sparring he has had down in Southern California. It’s an amazing opportunity for him.”

Sanchez (21-5-2, 10 KOs), who is originally from Guadalajara, Mexico, and now resides in Fairfield, California, last fought on May 1 of last year, defeating fringe contender Jose Borrego by split decision. The win over Borrego came after back-to-back knockout losses to Alexander Besputin and Daniyar Yeleussinov.

The 31-year-old does have quality wins on his ledger, including a split-decision win over former world title challenger Pablo Cesar Cano in May 2016. Sanchez also has victories over John Karl Sosa, Ed Paredes and Miguel Angel Huerta.

The 28-year-old is managed by Roger Ruiz.

In the co-feature, cruiserweight Blake McKernan of nearby Sacramento will face Roberto Silva in an eight-round bout.

McKernan has not fought since losing to Badou Jack by decision in November 2020. Tonight will mark his first fight in Northern California in more than three years.

Silva (11-3, 7 KOs), who resides in League City, Texas, lost by technical split decision to fringe contender Alfonso Lopez in his last bout on April 30. He has lost two of his last three bouts.

Amateur standout Kevin Montano (3-0, 2 KOs) of nearby Concord will face Kevin Perez (1-0-1) of Corona, California, in a four-round bout, also at junior lightweight.

Damian has promoted fights in the United States, Mexico and Central America. He learned more about the boxing business from the late Don Chargin and Sampson Lewkowicz, with whom he still collaborates and co-promotes shows.

“I learned so much from an honorable man in Don. It’s a great honor to work with Sampson, who is passionate about boxing. Sampson loves the sport and wants to put on great fights.”