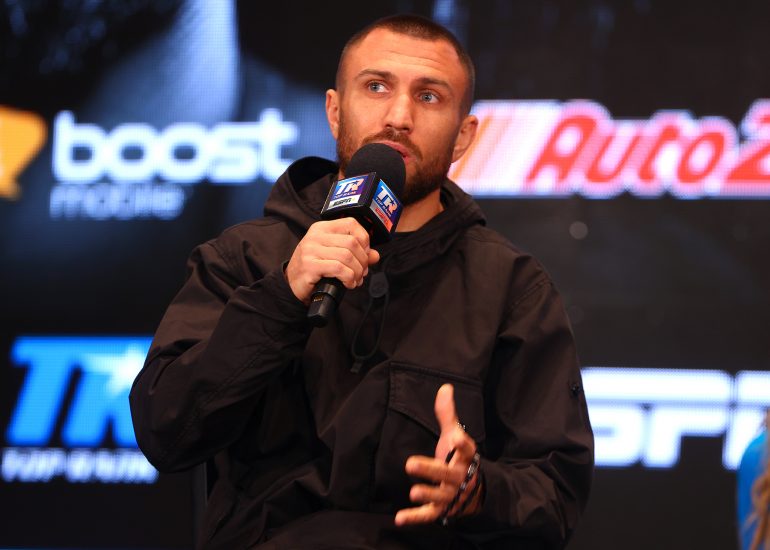 Vasiliy Lomachenko is too disciplined, too calculating, too focused to ever look beyond what’s directly in front of him. In the 12-round lightweight main event on Saturday night in the Hulu Theater at Madison Square Garden (ESPN+ 10 p.m. ET/7 p.m. PT), the former three-division titlist will be facing onetime sparring partner Jamaine Ortiz.

It’s been 10 months since Lomachenko (16-2, 11 knockouts) last fought in the ring. He’s been occupied with fighting real-world issues like the ongoing war in his native Ukraine, serving in his local territorial defense battalion. Ortiz (16-0-1, 8 KOs) is coming off a career-best performance with a unanimous decision victory over former junior lightweight titlist Jamel Herring in May.

“Sparring [against Ortiz] is different from competition because our conditioning is not at 100 percent [during sparring], so Saturday night will be a very interesting fight. I’m focused on my job,” Lomachenko said during the final press conference for the fight on Thursday. “I’m focused on my boxing. You can’t stop thinking about your country, it’s always on your mind, but now I’m focused. And I need to be focused, because I’m an athlete. After the fight, I’ll go back to Ukraine and support my country. 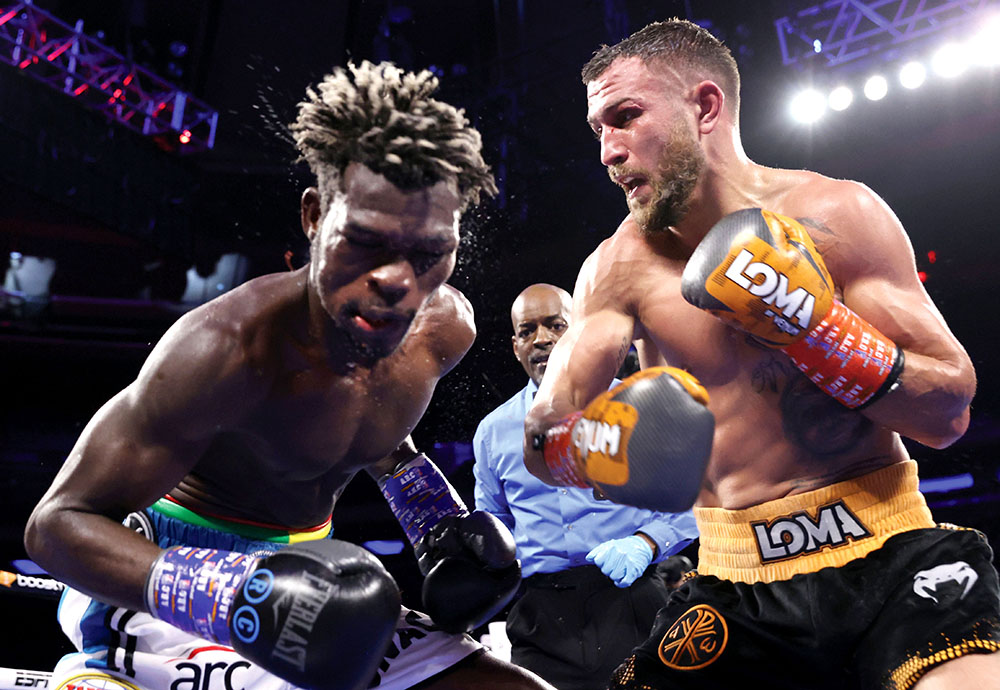 Vasiliy Lomachenko was dialed in for his last bout, a one-sided decison over Richard Commey in December 2021. Photo by Mikey Williams/Top Rank Inc via Getty Images

“I just wanted to bring a bit of sports attention to our country. And Saturday, which is Sunday morning in Ukraine, I want the people to change their mind towards good emotions.”

Ortiz, the “Technician,” is far from a walkover for the Ukrainian southpaw. The 5-foot-8, 26-year-old from Worcester, Massachusetts, is brimming with confidence after his Herring victory. 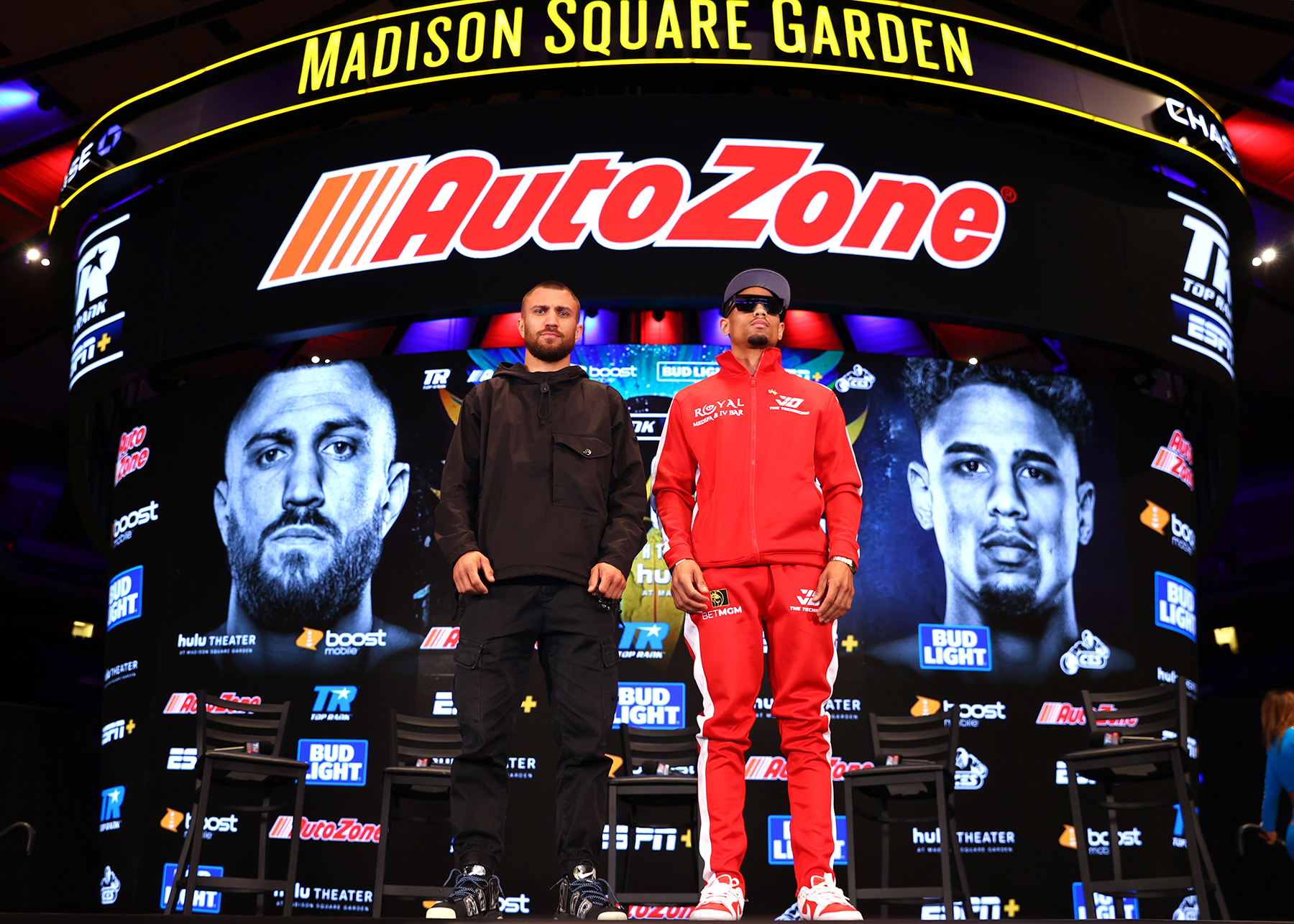 Lomachenko and Ortiz side by side. (Photo by Mikey Williams/Top Rank Inc via Getty Images)

“This fight means everything to me,” Ortiz said. “This is something I’ve manifested into my life, eventually fighting Lomachenko. And the time has come here at the ‘Mecca of Boxing,’ Madison Square Garden. God has delivered everything I’ve asked for. I learned a lot of things about myself in the Jamel Herring fight, as I do in every fight. I try to make improvements. I go back to the basics and fundamentals and try to master those skills. Saturday night, you’re going to see the best Jamaine Ortiz.

“I think the opponent in front of you brings out the type of fighter you are. I think Lomachenko is going to bring out the best Jamaine Ortiz. The fighter that everybody around me knows. You’re going to see the real ‘Technician’ on Saturday night.”