Karen Carabajal: What inspires me is to be like Katie and to take her place 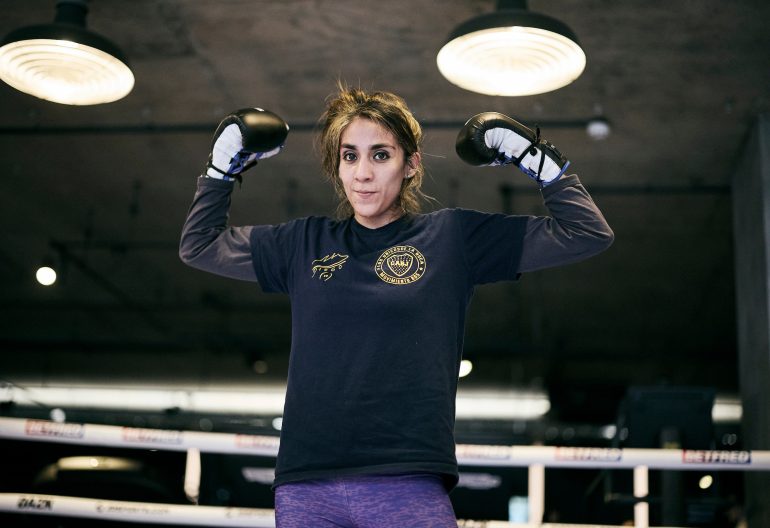 Karen Elizabeth Carabajal during a workout ahead of her fight on October 29, 2022 against Katie Taylor - Photo by Mark Robinson Matchroom Boxing
26
Oct
by Diego Morilla

Argentina is a land of multiple world champions in the realm of women’s boxing. The competition is fierce, close decisions are usual, and deceptive records are very common. As a result of that, upset wins by Argentine ladies abroad are more common than in the male version of the sport.

Karen Carabajal aims to become the latest upset-minded Argentine woman to score a surprise win in a foreign soil.

And quite an upset it would be, should she manage to score it.

For now, the 32-year-old Carabajal (19-0, 2 KOs) does appear to know the magnitude of the challenge at hand, and takes the opportunity with an upbeat attitude.

“Sure, it’s my first trip abroad, and she’s the number one, and there’s a world title at stake, which is what I always dreamed about,” said Carabajal in a phone interview, hours before traveling to the United Kingdom to face Ring lightweight champion Katie Taylor at the Wembley Arena this coming Saturday, October 29. “But even though I had dreamed about it I never expected to fight her, and with four belts at stake, no less. So I am very happy, enjoying each moment.”

The enjoyment factor in such an unsurmountable challenge such as facing a pound-for-pound, once-in-a-generation legend in what will surely feel like her backyard may be lost for any other fighter, but Carabajal is really liking the idea of not having anything to lose.

“I want to savor it, because even though one dreams about fighting for a world title, these kind of opportunities make me very happy,” said Carabajal. “And I feel that the pressure is on her, as the undisputed champion, instead of me, since I am taking my first steps at the championship level with a lot to prove. When I fight at home, against relatively easier opponents, as an unbeaten prospect, I do feel the pressure. But now it’s on her, I believe. I feel that I am more relaxed and enjoying it more than any other prior opportunities.”

Relax is not exactly what she’s been enjoying lately, since her fight was announced not too long ago. But Carabajal feel she had more than enough time to prepare, since the hardest part of her training began much earlier.

“Even when we just had 45 days to make the adjustments we need, my team has been working with me for the past 16 years for an opportunity of this caliber, so we’re more than ready,” claims Carabajal. “I learned about this fight about one month and a half ago. I feel I had enough time to get ready for it. I feel we are ready for the challenge.” 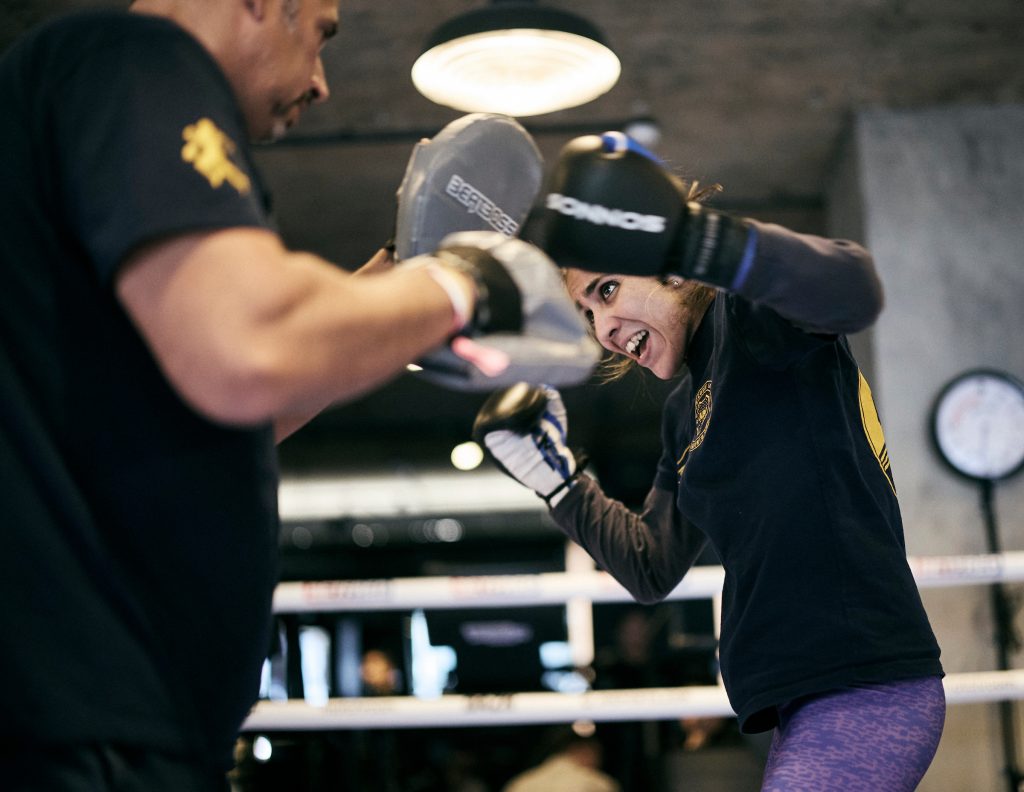 Karen Elizabeth Carabajal works on the mitts during a workout ahead of her fight on October 29, 2022 against Katie Taylor – Photo by Mark Robinson Matchroom Boxing

Any fight on short notice is a considerable challenge, but in the case of the unbeaten Taylor (21-0, 6 KOs) the task becomes even more daunting.

“I think she’s a great champion. She has shown she has the resources and the requirements to be where she is now. And what inspires me is to be like her, to be as great as she is, to occupy her place, which is the place every fighter aspires to occupy. I know she did a lot of things to get there and so did I, and I want to show that I deserve to be there. I feel that I have already won by just being there against the number one fighter in the world. It’s already a victory.”

Taylor, who famously dressed sometimes as a boy just to be allowed to spar and even train in the old all-male boxing world of her earlier years, probably had some difficulties getting enough fights as an amateur earlier on, but that’s not a problem in Argentina, one of women’s boxing’s hotbeds worldwide. That, if nothing else, can be counted as a pro for any Argentine fighter, and Carabajal knows that very well, even though she could have used one or two challenges abroad to get some more confidence under her belt.

“I would have loved to have had a few fights abroad with other fighters to gain more experience and get some confidence, but this is how things played out – and for a reason,” said Carabajal, who has faced more than a few fighters with a deceptive record and a handful of unbeaten fighters as well. “Traveling from Argentina is expensive, but there is a great level of fighters in the country. But still, it would have been great to have another fight just to get some more experience and confidence.”

With more than nine years in the competitive Argentine professional circuit, and with a solid amateur background, Carabajal can surely expect to be competitive and to hold her own against one of the world’s best, but she wants to take things slowly.

“My expectation is to have a great fight, to demonstrate that we are up to the challenge, that we are well trained for whatever she brings. And even though we both surely have our fight plan already laid out, we’ll see how things play out as we go and we’ll make the necessary adjustments to get the win. We know it’s not easy but we’re working for this, and the most important thing is to leave everything in the ring and demonstrate that we are up to the challenge.”