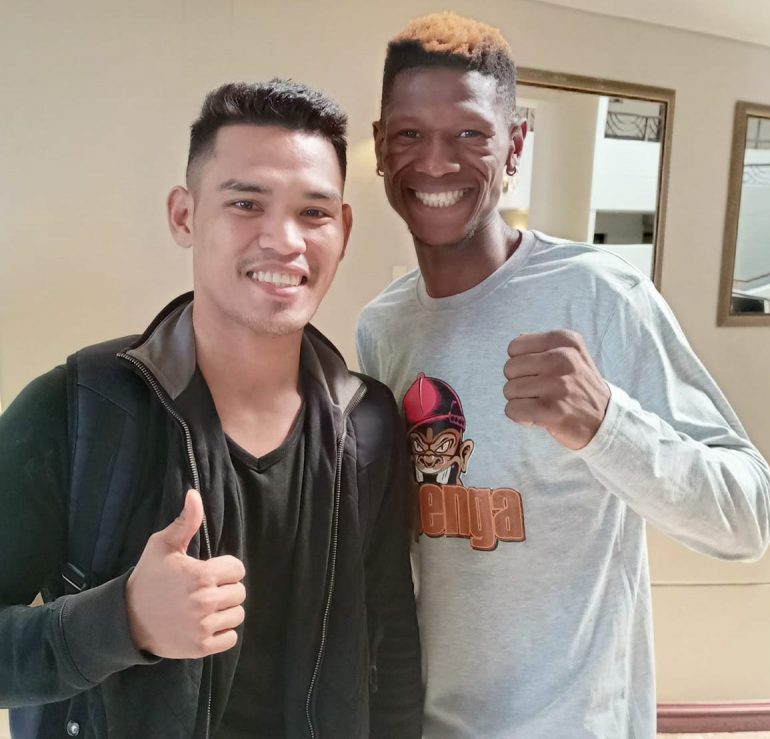 The 25-year-old southpaw banger dropped Ngxeke with a pair of straight left hands before a follow-up assault forced a referee’s stoppage along the ropes.

The win comes exactly one year to the date of Raquinel’s (13-2-1, 9 knockouts) last fight, when he lost a decision to countryman Giemel Magramo in the Philippines.

This time, the native of Candoni, Negros Occidental, Philippines was on the winning side against the taller, rangier Ngxeke (9-1-1, 4 KOs), who had been undefeated since drawing in his first pro fight in 2018. Ngxeke entered the fight rated no. 8 by the WBC at 115 pounds.

Manager Brico Santig credits the preparation of Raquinel, whom he says had been in training camp for four months at the Highland Boxing Gym in Sampaloc, Manila with coach Alan Alegria. He says they had initially been training for a fight in Bangkok before looking for a better deal elsewhere.

Raquinel had previously won fights abroad in Japan and Dubai, and Santig says their dream fight is against another boxer from Japan.

“If [Kazuto] Ioka is available then we are very much available,” said Santig, referring to the WBO junior bantamweight titleholder.