David Morrell to face Aidos Yerbossynuly on November 5 in Minnesota 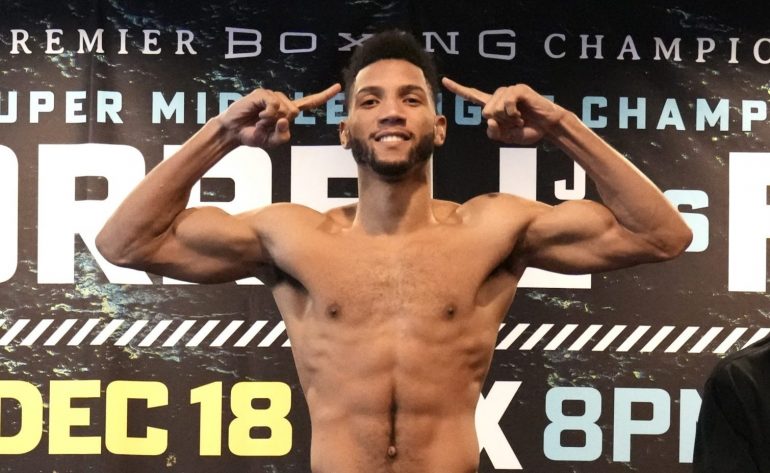 The 12-round bout will take place at The Armory in Morrell’s adopted hometown of Minneapolis, Minnesota and will headline a three-bout Showtime Championship Boxing telecast (9 p.m. ET/ 6 p.m. PT).

The 24-year-old also has wins over Lennox Allen and Mario Cazares, both of whom were unbeaten when they faced Morrell.

November 5 will mark the fifth time Morrell fights at The Armory. He has also been a staple of PBC cards that aired live on Showtime and FOX since his pro debut in August 2019.

Morrell holds a secondary world title belt, of which Yerbossynuly is the mandatory challenger.

“On November 5, I’m going to take another step toward solidifying myself as the best super middleweight in the world,” said Morrell. “Yerbossynuly is a dangerous opponent who’s never tasted defeat. A win against him is going to catapult me into a fight with the biggest names in the sport. I’m going to be the next big fighter to shine on the national stage. Minnesota, be ready, because your hometown son is about to put on another spectacular show.”

Yerbossynuly (16-0, 11 KOs), who resides in Almaty, Kazakhstan, stopped Allen in the 10th round of his last bout on September 21. He has recently displayed more power and aggression, stopping three of his last four opponents.

The 30-year-old has fought abroad, including Australia, Ukraine, Belarus, and Russia. Yerbossynuly fought twice in the United States in 2017.

“I’ve had a great training camp with my amazing team that inspires me to push myself every day,” said Yerbossynuly. “We are descendents of Genghis Khan, and you will see the power of the Nomads on November 5. All of our hard work and sacrifice will pay off when I defeat David Morrell, Jr. and bring the world title back to Kazakhstan.”

Rosario, who is originally from the Dominican Republic and now resides in Miami, Florida, stopped Francisco Sanchez in the second round of his last bout on July 10. The 27-year-old has won his last three bouts since losing back-to-back fights to Jermell Charlo and, most recently, Erickson Lubin.

Gomez last fought on May 21, defeating Jorge Cota by decision over 10 one-sided rounds. The decision win snapped a string of five consecutive knockout victories for the fighter from Cuba who now resides in Las Vegas, Nevada.

In the opening bout of the telecast, undefeated middleweight Fiodor Czerkaszyn (20-0, 13 KOs), who is originally from Ukraine and now resides in Warsaw, Poland will square off against Nathaniel Gallimore (22-5-1, 17 KOs) in a 10-round bout.

Francisco A. Salazar has written for The Ring since October 2013 and has covered boxing in Southern California and abroad since 2000. Francisco also covers boxing for the Ventura County (California) Star newspaper. He can be reached by email at [email protected]o.com or on Twitter at FSalazarBoxing