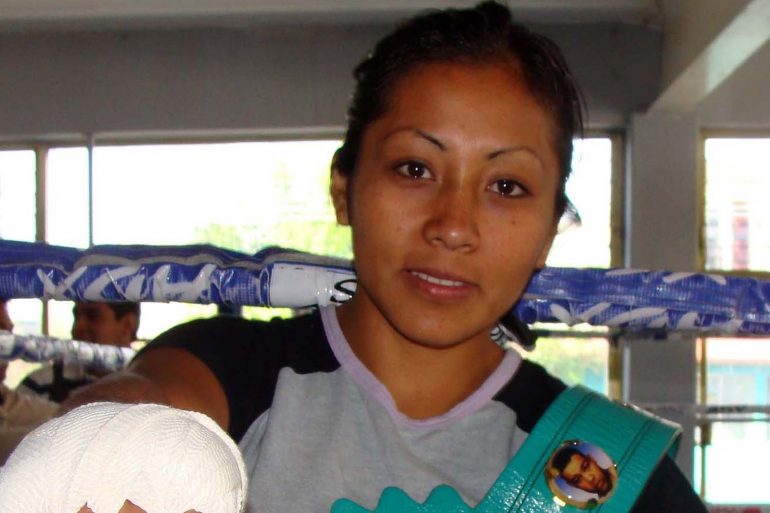 The 10-round junior flyweight bout will take place at the Fantasy Springs Resort Casino in Indio, California and will precede the main event between unbeaten lightweight prospect Floyd Schofield and Daniel Rosas.

The 36-year-old Ortiz held the WBA 105-pound title for several years and made 12 successful title defenses. She lost to Seniesa Estrada on March 20 of last year but still holds a No. 5 rating at 105 pounds with The Ring.

Santizo (10-1, 6 KOs), who resides in Guatemala City, suffered a fourth-round knockout loss to Estrada in a WBA title bout on December 18. However, the 37-year-old got back in the win column, on October 7, when she stopped Maria de Lourdes Garcia in the fifth.

Junior lightweight Joshua Garcia (5-0, 3 KOs) of nearby Moreno Valley will square off against Christian Lorenzo (3-3, 1 KO) in a four-round bout.

Mexicali’s Jorge Estrada (3-0, 3 KO), who has won all of his bouts by first-round knockout, will face Sergio Gonzalez (6-11-1, 2 KOs) of Tamaulipas, Mexico in a four-round junior middleweight bout.