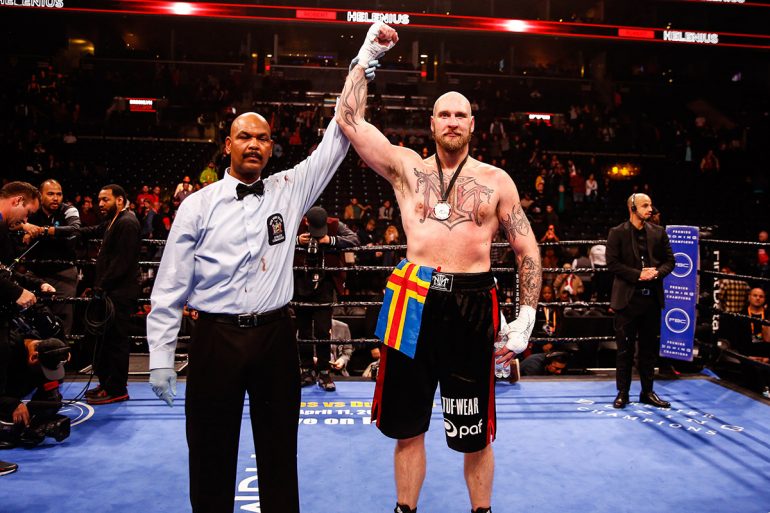 Robert Helenius is powerfully transparent. The “The Nordic Nightmare” knows why he was put in the ring with Adam Kownacki in March 2020—to lose. When Helenius surprised the boxing world, and possibly a little himself, by stopping Kownacki in four, and then again in six in their October 2021 rematch, the Finnish heavyweight found himself in the realms of respectability once again.

The consecutive victories have earned Helenius (31-3, 20 knockouts) with his biggest challenge to date when he takes on former WBC heavyweight titlist Deontay Wilder (42-2-1, 41 KOs) this Saturday in a WBC heavyweight title eliminator on a FOX Sports PBC Pay-Per-View (9 p.m. ET/ 6 p.m. PT).

Again, Helenius, 38, knows what the general sentiment is going into the fight and ready to defy the naysayers once more.

“Being healthy has meant much more than even I know,” Helenius told The Ring this week. “I feel confident going into the ring. The last few years I felt good, I felt confident, with my conditioning and how healthy I have been. It’s a morale and confidence booster for me.”

What gnaws at Helenius was his loss to Gerald Washington by eighth-round knockout in July 2019. The Finn had been battling a cold all week. He had trouble breathing, which translated into having difficulty training. He was nowhere near 100-percent.

“I should not have even fought,” Helenius said, in retrospect. “My nose was bleeding three days before the fight. I took some medication to bring the fever down. I know I was put in to probably lose to Kownacki and only I knew how I felt. I have a history with Deontay. I sparred with him many times, but sparring is sparring. Fighting is fighting. I understand Deontay has lost some weight and expects to be faster.

“The main thing for me is to stay focused and stay with my style of boxing the best I can. I feel as confident as I did the first time I fought Kownacki. I was 246 for the second Kownacki fight and I’m walking around at 250 right now. I do like being a little lighter, but even though I am heavier, I do feel lighter and stronger.

“My confidence level has to be high, but it’s the same level it was to be for every big fight like this. My jab, my footwork and my confidence will determine this fight. I’ve been working the jab and when it hits, he’s going to feel it.”

“When you have a warrior heart, it’s hard to quit. It’s hard to give in or surrender. And it’s that same way with Robert. You know what I mean? I’m excited to fight him. I’m excited to be able to share the ring with him. It’s gonna be an amazing fight, and I’m definitely not taking him lightly.”