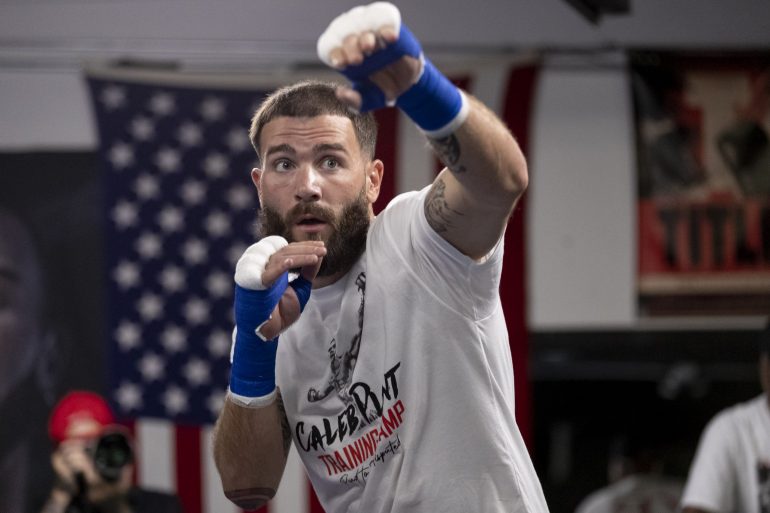 You get the impression Caleb Plant has bigger things on his plate and this Saturday’s fight with Anthony Dirrell is nothing more than a speedbump.

Plant, the former IBF super middleweight titlist, is coming off his first professional loss, an 11th-round stoppage to Canelo Alvarez back in November for the undisputed super middleweight world championship. Plant (21-1, 12 knockouts) and Dirrell (34-2-2, 25 KOs) will be the super middleweight, 12-round co-feature on the Deontay Wilder-Robert Helenius WBC heavyweight title eliminator main event on the FOX Sports PBC Pay-Per-View (9 p.m. ET/ 6 p.m. PT) from Barclays Center in Brooklyn, New York.

Plant, 30, has undergone a life change, recently welcoming a baby daughter into his life with wife Jordan, and a corner change, welcoming respected trainer Stephen “Breadman” Edwards into his corner for the first time. Dirrell, a former two-time titlist, has undergone a few changes himself, like where he fits into the super middleweight picture. He needs this just as well, after going 1-1-1 over his last three fights.

The two have played the role of circling hawks in the past. Dirrell, 37, recently said about Plant, “He’s just one of those guys that I wanna really f—k up. That’s the task at hand, just getting in there and f—k him up.”

Plant, for his part, scoffs at Dirrell.

“I definitely feel there’s a lot of jealousy there,” Plant said during a Zoom conference. “He can get mad; he can hate me and feel however he wants. He’s not a bully. He likes to act like a bully but sells a lot of wolf tickets. I don’t care give a f—k about where he’s from or what he says. He and his team have been barking, they’ve been doing that for the last seven years and still not where they want to be. That don’t mean nothing to me.

“I really don’t feel no type of way about him. He can say what he wants to say,” insists Plant. “He sells a lot of wolf tickets and barks a whole lot. But his bite ain’t near what his bark is. His whole team, the same dudes have been barking alongside him for the last seven years, but he’s never had one successful title defense.”

Plant’s bigger goal is getting another belt around his waist.

Over Dirrell’s last three fights, he stopped Marcos Hernandez in four on the Alvarez-Plant undercard last November, fought to a split-draw against Kyrone Davis making his 168-pound debut in February 2021 and lost the WBC super middleweight belt to David Benavidez in September 2019, stopped for the first time by his corner on cuts.

“In his last fight, he knocked out Marcos Hernandez, a blown-up middleweight who was getting stopped at 154 pounds,” Plant said about Dirrell. “If you’re getting stopped at 154 pounds, you know. We’re not even in the same galaxy with (Hernandez). He had a draw with Kyrone, who’s a good fighter but fights at middleweight, in the fight before that. The list goes on and on. He barks a lot and yells a lot. But when was the last time he beat a super middleweight?”