Gilberto Ramirez not bothered by underdog role against Bivol: ‘I came from nothing’ 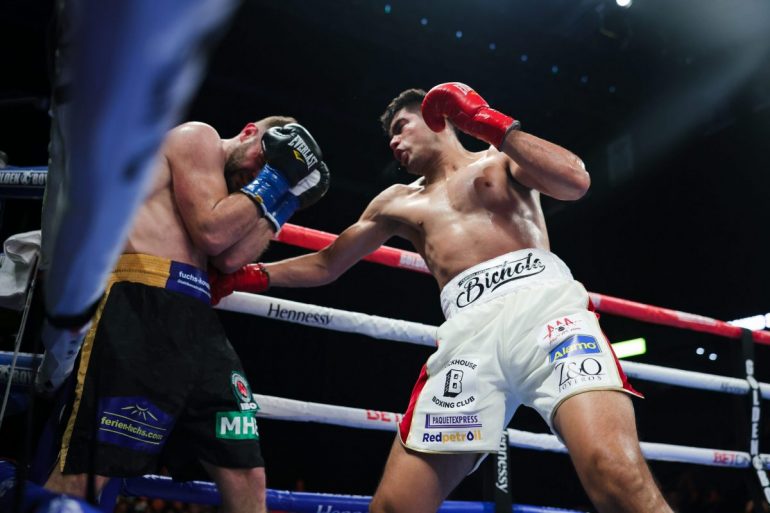 Gilberto Ramirez is used to seeing his name first on fight posters, but the undefeated contender will now assume the role of underdog challenger when he faces WBA light heavyweight titleholder Dmitry Bivol on November 5 in Abu Dhabi in the United Arab Emirates.

The 31-year-old from Mazatlan, Mexico isn’t bothered by that distinction.

“That doesn’t matter, because I came from Mexico, I came from nothing and now I will conquer,” said “Zurdo” Ramirez (44-0, 30 knockouts) at Tuesday’s media workout at Brickhouse Boxing Club in North Hollywood, Calif.

Ramirez is riding high on a five-fight knockout streak since stepping up in weight from super middleweight, where he previously held the WBO title. Now he’ll face his biggest test in Bivol, the Kyrgyzstan-born boxer who ascended to the pound for pound list with his convincing defeat of Saul “Canelo” Alvarez this past May to solidify his championship status. Ramirez says he has revenge on his mind.

“He’s a tough guy, he’s a real challenge. Now he beat Canelo and I want to do the rematch for all Mexican people,” said Ramirez, prior to getting in the ring with trainer Julian Chua for a workout.

“I expect the best fight that night. I expect Dmitriy Bivol to be really prepared for this fight. He’s really motivated. It will be a war that night.”

Promoter Oscar de la Hoya, whose company Golden Boy Promotions helped maneuver Ramirez into position for this big fight opportunity, says he sees strengths – and weaknesses – in Bivol that have not yet been fully exploited.

“I see a complete fighter, I see great footwork, I see good power but I do see limitations as well. I do see that Bivol, when pressed especially against a bigger fighter, I feel that Bivol is not going to know what to do. I strongly feel that, when he fought Canelo, he wanted Canelo to press him, he wanted Canelo to make mistakes because he knew Canelo only throws one punch at a time,” said De La Hoya, an International Boxing Hall of Famer with plenty of big fight experience of his own.

“‘Zurdo’ has to go in there with a lot of pressure, use his height and use his weight, but also throw punches in bunches because the first punch is not gonna land…but what about the second, the third, the fourth punch? That can knock you out.”

The fight will be broadcast live on DAZN.