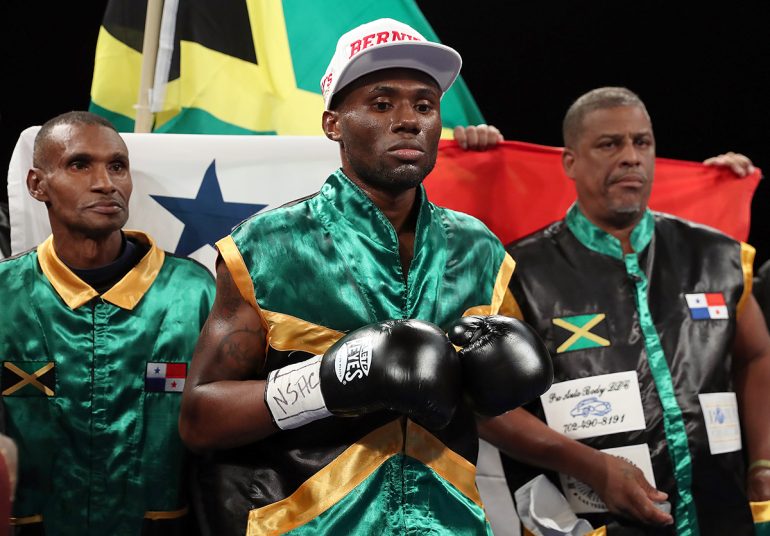 The last time we saw Nicholas Walters in the ring was November 2016, when he lost his unbeaten record to former pound for pound king Vasiliy Lomachenko following seven one-sided rounds.

Since then the former WBA featherweight titleholder has been linked to various fights but nothing was ever been locked in – until now.

Walters will snap a near six-year hiatus when he faces Alberto Chuc Uicab at the Arena Roberto Duran in Panama City, Panama, on Saturday.

“After sparring with other fighters here in Panama, my coach and other coaches asked me to come back to the sport,” Walters (26-1-1, 21 knockouts) told The Ring. “I was making it very difficult for the guys that I was sparring with, so everyone was saying I should make a comeback.”

Walters, 36, will test the waters against this Mexican journeyman opponent at junior welterweight but intends to campaign at lightweight.

“For me, every opponent is dangerous,” he said. “When I am getting ready for a fight, I try to be in very good shape. I never take anyone lightly.

“I don’t have another fight [lined up] after this one, but after this fight, the world will know that ‘Axe Man’ is back to take over what was rightly his.”

The Panamanian-based Jamaican-born fighter spent much of his time between his adopted homeland and his birthplace.

“For the last six years I have been chilling with the family,” said the father of two. “[I would] go to the gym but wasn’t really serious about fighting until now. I made up my mind to do another four years.”

Although he doesn’t have a particular opponent that he craves, Walters hopes to get in the mix for big fights after this rust-shedding exercise.

“My plan is to go down to 135, where the real warriors are fighting – all the big names,” said Walters. “Being a world champion at 135 and a double-world champ [is the goal].”

Uicab (15-25, 11 KOs) has been a professional since 1999. The Mexican won his first seven fights before dropping a decision to future world title challenger Humberto Pool (UD 10). Since then, the now 38-year-old has functioned as the B-side in losing efforts against a slew of past or future world champions including Edgar Sosa (TKO 9), Juan Manuel Lopez (RTD 5), Cruz Carbajal (TKO 5), Victor Terrazas (UD 10), Carlos Cuadras (SD 8/ TKO 6) and Miguel Berchelt (TKO 1).