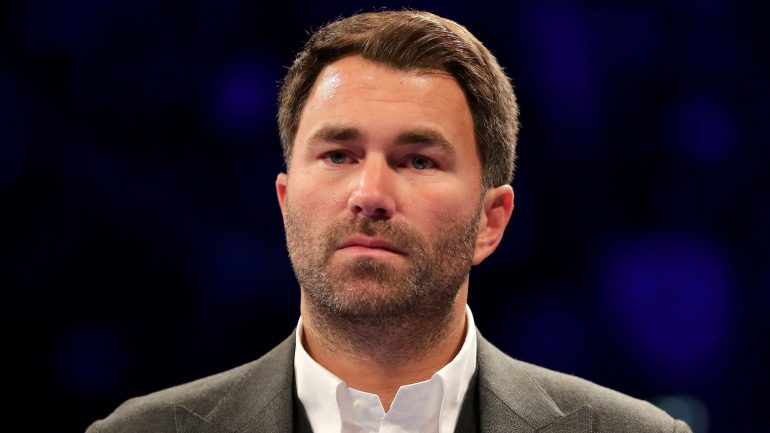 Promoters Eddie Hearn and Kalle Sauerland briefly addressed the media today to announce officially that Conor Benn’s fight with Chris Eubank Jr was off – if only temporarily.

There had been an adverse finding on one of Benn’s VADA tests.

Hearn said it had been a “difficult 24, 48 hours” and that the “fight had captured the imagination.”

He hoped people felt he’d made the right decision to postpone it, but also said they were looking to announce a rescheduled date shortly.

Sauerland added: “He was ready. He was on weight and very much looking forward to this weekend.”

Hearn felt Benn had not been given due process this week but no questions were permitted at the short press conference. He said Benn had not been suspended and denied speculation that there had been mooted attempts to get the green light for the fight to get the go ahead through the High Court and by using outside commissions away from the British Boxing Board of Control.

Hearn said he had been desperate for the fight to take place for the fans and the undercard fighters, and said it would be rescheduled soon.