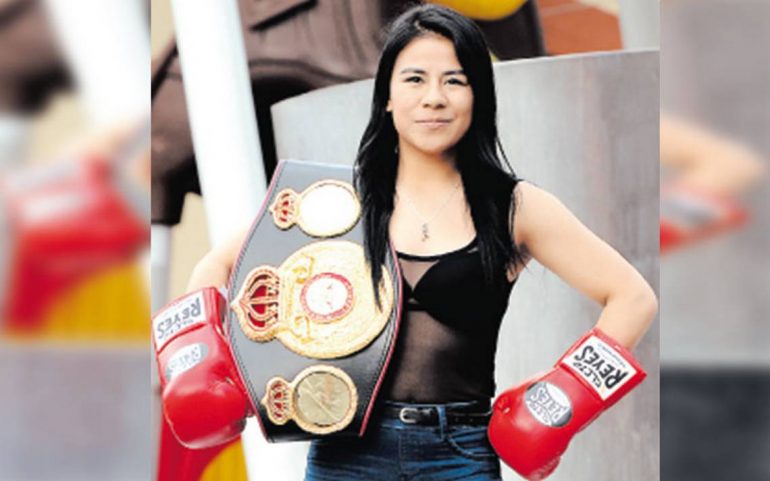 Monserrat Alarcon successfully defended her WBA atomweight title on Friday night, defeating Brenda Balderas by 10-round unanimous decision at the Auditorio Blackberry in her hometown of Mexico City. The official scores were 100-93, 97-93, and 98-92.

Balderas was the aggressor from the opening bell and forced her opponent to the ropes. That tactic worked briefly, but Alarcon was never fazed and slowly began to outbox Balderas.

By the midway point, Alarcon, who is rated No. 1 by The Ring at 102 pounds, was clearly the more effective fighter. Her signature punch was a left hook to the body that frequently followed single shots upstairs or two-punch combinations to the head.

Sensing she was down on the scorecards, Balderas went all out in the 10th and final round. She attacked aggressively but having been slowed down by body punches, her shots lacked sting and Alarcon continued to fight from distance.

The 28-year-old champion had not fought since December of last year, when she defeated Silvia Torres by majority decision.

Balderas, who resides in nearby Cuernavaca, drops to 4-4-1 (1 KO). She was unbeaten in her previous five bouts.

In a clash of junior lightweights who reside in Mexico City, 18-year-old Leonardo Vargas defeated Jhair Urvina by six-round unanimous decision. All three judges scored the bout 58-55 in favor of Vargas, who improves to 6-1 (1 KO).

In another clash between Mexico City fighters, flyweight Emilio Toscano, 19, earned a technical knockout win over Noe Flores Conde (0-2) at 1:04 of the fourth round. Toscano improved to 5-0 (4 KOs).

The card was promoted by Ricardo Maldonado and broadcast live in the U.S. by EstrellaTV.