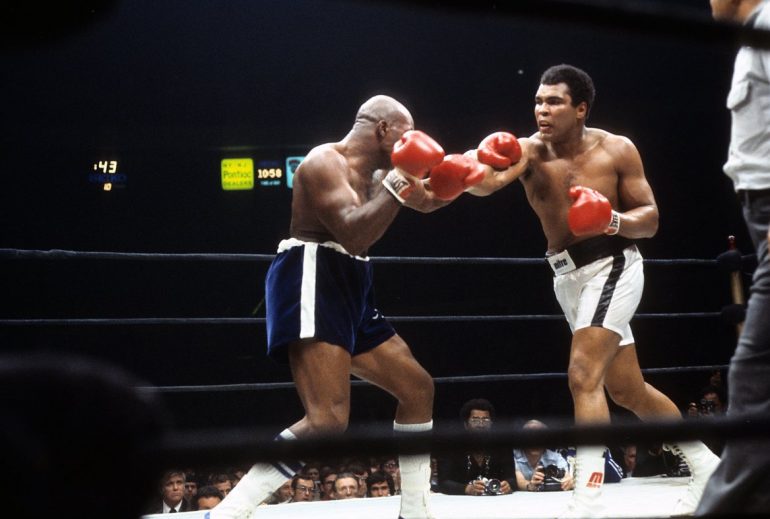 Ali tags Shavers in their 1977 battle. Photo by The Ring/ Getty Images
29
Sep
by The Ring

What a chin “The Greatest” had.

On Sept. 29, 1977, Muhammad Ali scored a 15-round unanimous decision over Earnie Shavers to retain the heavyweight championship of the world at Madison Square Garden. The scoring, which was on a rounds basis, favored the winner 9-6, 9-6 and 9-5-1.

Ali, 35, had been on the decline for the best part of two years. His timing was off and he was far more available to headshots than he’d ever been before. That was bad news going into a fight with Shavers, who was unanimously lauded as the hardest hitter in world boxing.

Shavers, 33, brought an incredible record of 54-5-1 (52 KOs) into his first world title fight. The Ohio-based bomber was far from unbeatable, as evidenced by recent losses to Ron Lyle, Bob Stallings and Jerry Quarry, but if he landed cleanly, the damage was enormous.

In Round 2, the challenger timed Ali’s jab and shook him up badly with a counter right. The champ bluffed his way out of trouble and bought precious seconds, but Shavers scored with at least three more potentially fight ending shots before that pulverizing round was over.

With vastly superior boxing skills to rely upon, Ali could bank round after round. However, every once in a while Shavers would rock his world with a devastating punch. 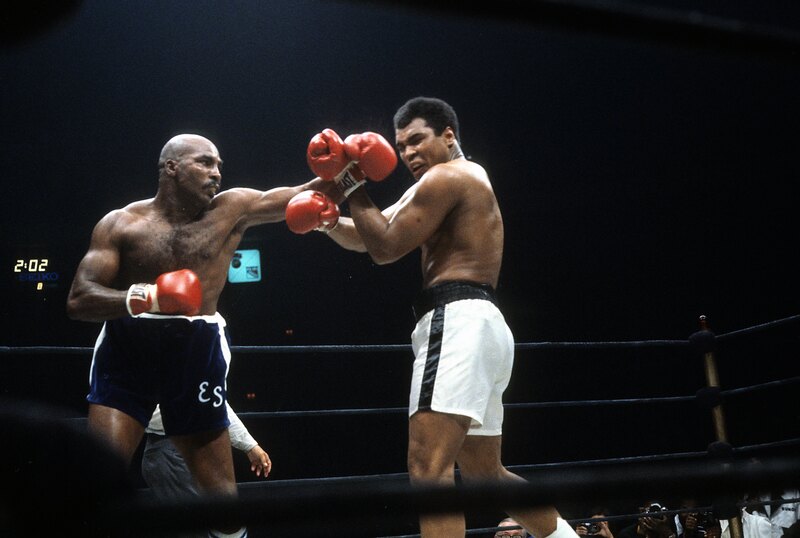 Open scoring was broadcast on NBC television, and Ali’s trainer, Angelo Dundee, was receiving signals from the back of the arena to inform him that Ali was in the lead.

At the end of the penultimate round, a dazed and battered Ali limped back to his corner in a daze. Dundee freshened him up as much as he could for the 15th and final round but it was going to be a long three minutes.

The pair duked it out in a sensational closing session. Shavers had success with the big bombs and Ali’s combination work kept him in the hunt. With less than 30 seconds remaining, “The Greatest” opened up with one of his most memorable assaults. An accurate burst of headshots had the knockout artist on the verge of being knocked out before the final bell rang.

This was Ali’s final successful title defense. He would lose to Leon Spinks in February 1978 before regaining the crown in a direct rematch seven months later.

Shavers had one more shot at glory. In September 1979, he almost put then-champion Larry Holmes through the floor with a single right hand in the seventh before succumbing to an 11th-round stoppage.