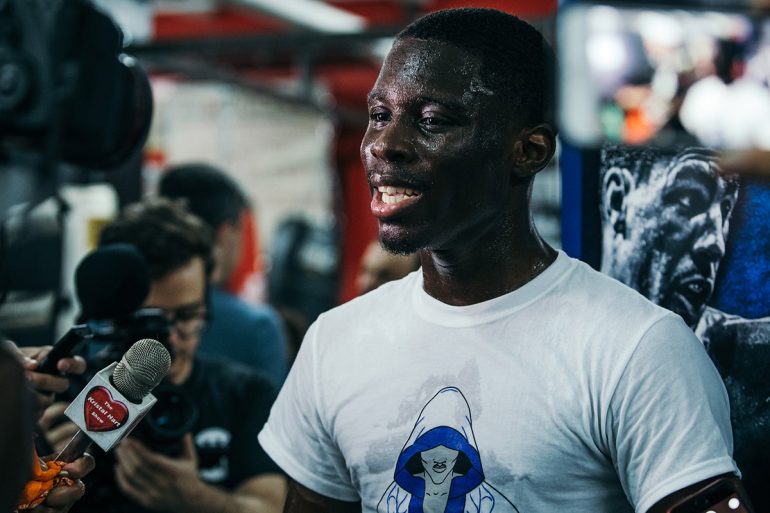 Richardson Hitchins has signed a multi-fight promotional deal with Eddie Hearn and Matchroom.

Hitchins (14-0 6 KOs) has cruised to 14-0 in the paid ranks since turning professional in March 2017 after representing Haiti in the 2016 Olympics and secured his sixth stoppage win in his last outing, dismissing Angel Rodriguez inside four rounds to add to impressive ten round victories over Malik Hawkins and former World champion Argenis Mendez.

The Brooklyn talent, who turned 25 on Monday, is ready to crash into the top ten rankings at Super-Lightweight, and Matchroom will announce his first title fight tomorrow as Hitchins prepares to step up his pursuit of major belts and blockbuster nights.

“I couldn’t be more excited about this opportunity to join the Matchroom stable,” said Hitchins. “I believe that I am the best 140 pounder in the world, and Eddie is going to give me the opportunity to prove that.

“There are big fights and big nights ahead for me in my career, and this is my time to shine. I plan on putting the 140lbs division on notice immediately. I want all the smoke. I’m coming for the belts.”

“I’m delighted to welcome Richardson to the team,” said Hearn. “There is no doubt in my mind that Richardson can become a World champion at 140lbs and beyond that, but the journey starts soon with a first fight under the Matchroom banner to be announced tomorrow.

“I want to keep Richardson busy, get him climbing the rankings and he’ll soon be knocking on the door for those belts – and he can crash through the door and become a star.”