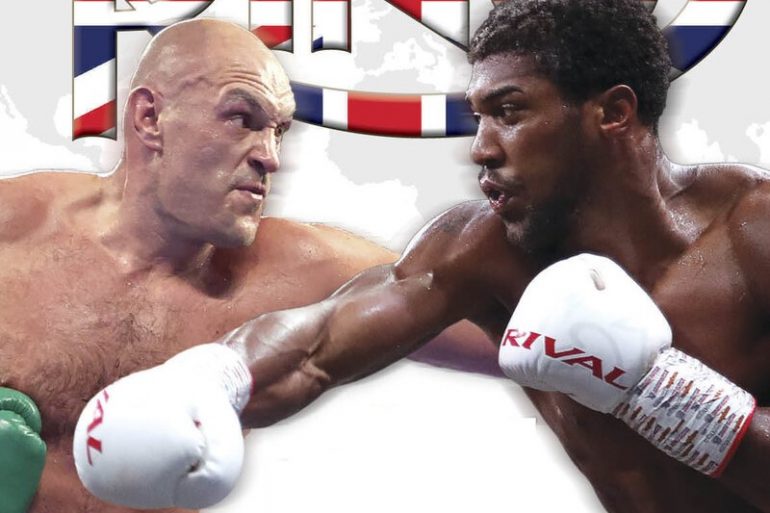 Don’t count on an all-British heavyweight showdown between Tyson Fury and Anthony Joshua happening this year.

“The Gypsy King” took to social media today to announce that he is moving past the matchup after a self-imposed 5 p.m. Monday deadline to sign a contract came and went. Fury set the deadline on Friday, and said he would be moving on to other options for his next fight.

“It’s officially over for Joshua. He is now out in the cold with the wolf pack. Forget about it.”

Fury went on to run down his compatriot, calling the former two-time unified heavyweight titleholder an “idiot, coward, shithouse … and a body builder.”

Joshua (24-3, 22 KOs), who is coming off back-to-back losses to Oleksandr Usyk, had previously said that his side had agreed to the terms for the fight, and announced Sunday in an Instagram live video that he intended to sign the contract but that the bout agreement was being reviewed by his legal counsel.

“It ain’t in my hands – it’s with a legal team. That’s why you hire lawyers,” said Joshua, who is two years younger than Fury at 32.

Joshua has yet to respond to Fury’s latest post.

The passing of the deadline comes as little surprise as Joshua’s promoter Eddie Hearn of Matchroom Boxing saying there was “no chance” the contract would be signed by Monday as the contract was being reviewed.

“If he doesn’t [want to make the Joshua fight], and I guess he doesn’t, then he’ll do what he’ll do and the fans might even fall for it,” Hearn told Seconds Out.

Fury, the lineal and WBC champion, last fought in April, stopping Dillian Whyte in six rounds at Wembley Stadium. Fury promptly announced his retirement from boxing, but was almost immediately back to discussing future fights. Fury had publicly called for a fight with the newly crowned RING heavyweight champion Usyk, but Fury claimed the unbeaten Ukrainian was “running, hiding” after a similar deadline to make the fight passed on September 1.