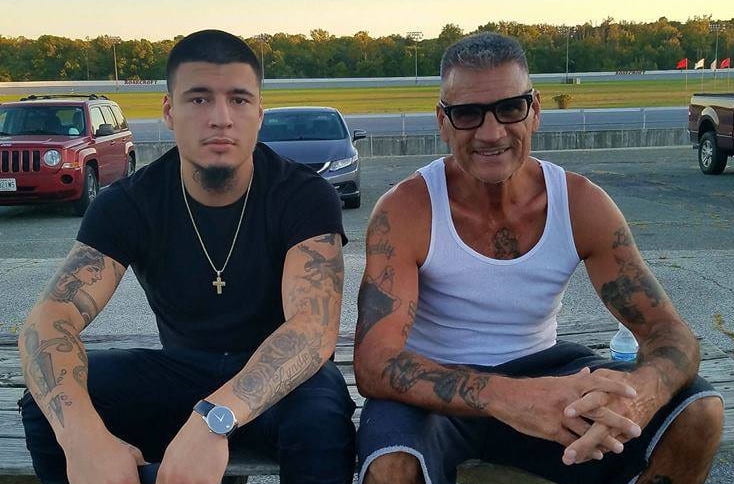 Arthur “Buddy” Harrison, a popular boxing trainer in the Washington D.C. area, was shot and killed on Saturday morning on the city’s southeast side.

The 62-year-old, best known for training his son and undefeated professional Dusty Hernandez Harrison, was found unconscious after being shot outside his home on the 2700 block of 30th Street SE, D.C. police say. He was later pronounced dead.

Police say they are looking for three men wearing all black and armed with hand guns, and were looking for white Kia Optima with Ohio plates JAU 3816.

Harrison, who owned and operated Old School Boxing Gym in Hillcrest Heights, Md., was a beloved figure in his community, regularly donating clothes and food to the homeless. He shared his story of serving ten years in prison for an armed robbery as a 19-year-old as a reminder to make better choices, and promoted better relationships between young people and police officers by offering free boxing training to local officers.

His son, the 28-year-old Hernandez Harrison (34-0-1, 20 knockouts), is scheduled to fight James Ballard on October 1 on a card he is promoting in Washington, D.C. Harrison had guided his son to 200 amateur fights, 173 of which he had won.

Harrison-Hernandez’s promotional company, Beltway Battles, released a statement on the shooting, describing Harrison as a “well-known and respected member of the DC boxing family and a generous individual who constantly was helping others in his community.”

Scott Sigmon, a Virginia-based pro, remembered Harrison as “one of boxing’s greatest men.”

“He understood boxing was not a museum for the perfect, but a place of healing for the broken. Buddy himself used the redeeming effects of boxing to turn his life around,” said Sigmon, who has boxed professionally since 2008.

Philadelphia trainer Billy Briscoe remembers Harrison for his charitable nature, and celebrated him for financing the gym himself to keep kids off the street.

“He was a very good person that didn’t deserve to have to die like this. He will be greatly missed by all of those who know him,” said Briscoe.