Hannah Rankin: Terri Harper should be ready for a war 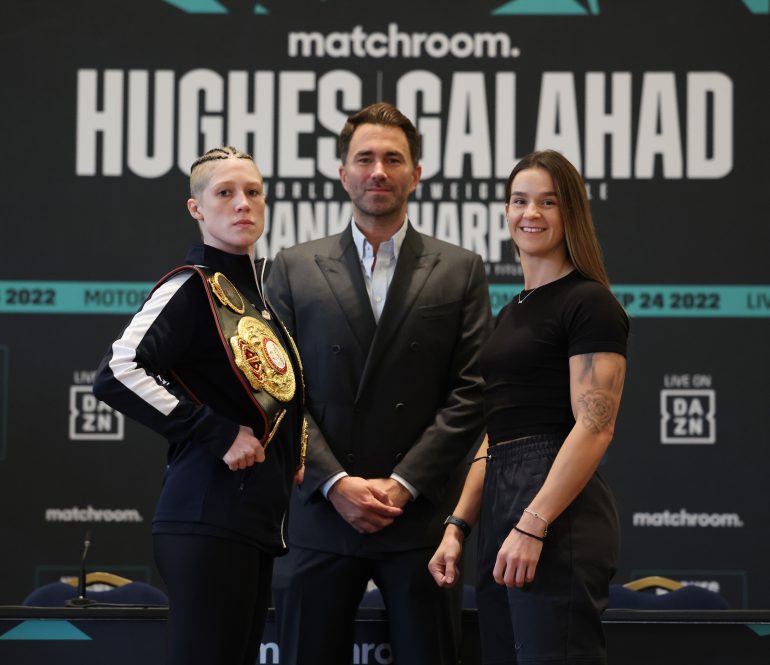 Scotland’s first female world champion and junior middleweight WBA titlist Hannah Rankin is not mincing her words when it comes to her opponent Terri Harper.

Set for an exciting clash on the Kid Galahad-Maxi Hughes undercard at Nottingham Motorpoint Arena this Saturday, the pair don’t seem to have a lot of love lost between them.

“Her trainer’s been very disrespectful to myself and my team in the lead-up to this fight,” Rankin says. “But we all know he’s being loud because he’s protecting Terri. He likes to make all the noise for her. So I’d be interested to see what she has to say in person.”

Rated at No. 5 at lightweight by The Ring, Harper has come up three weight divisions for a chance at a world championship belt after her devastating knockout in the fourth round to American junior lightweight Alycia Baumgardner, and by doing this she is not doing herself any favours, according to Rankin.

“She doesn’t belong in the 154 division, she came up many weight divisions to get my world titles, and I truly don’t believe that she’s a 154 fighter. There are weight classes for a reason. And I believe 100 percent that I’m a bigger, stronger fighter.”

The world champion is looking to defend her belts after a blistering 10th-round stoppage by TKO on her home turf in Glasgow this May, making history as the first female headliner in Scotland. Unfortunately, Mexican opponent Alejandra Ayala was hospitalised shortly after the fight and put into an induced coma, though is now on the mend and making a steady recovery.

It came as a shock to Rankin, who notes that “no fighter ever thinks it will happen to them.”

“It was one of my best performances; everything just came together. But you don’t want to celebrate when you’re worried about your opponent,” Rankin, currently rated at No. 4 by The Ring. “She [Ayala] said to me, she could have been in the same situation as me, the opposite way around. So she holds nothing against me for it. It was really nice of her to say that.’

With a rather shaky 12-5 record, Rankin likes to think she’s learned from her wins as well as her losses – including her 2018 loss to middleweight champion Claressa Shields, now a friend and sparring partner at a shared training camp in Miami. “We’ve worked together a few times now, sparring and training. But this was a special one because we’re both getting ready to defend our world titles, and we have two world champions in the same camp,” says Harper. “There was an extra buzz.”

Terri Harper, now signed to Matchroom Boxing, has insisted she is the A-side of the fight, but Rankin begs to differ.

While she isn’t looking past Harper – “she’s a former world champion, so you can’t knock that”, she notes – there are fights she’d love to make if she retains her belts this weekend.

“A unification fight [with Natasha Jonas, rated at No. 2 by The Ring] would be amazing. She just won the WBC belt as well, so now she’s got two belts and I’ve got two belts. But there’s also Marie-Eve Dicaire over in Canada, and I think Mary Spencer as well. I also think Cecilia Braekhus mentioned coming up to 154. So there are a lot of exciting fights out there,” she says.

But then she pauses, breaking into an infectious grin. “My main focus this Saturday, though, is Terri Harper.”