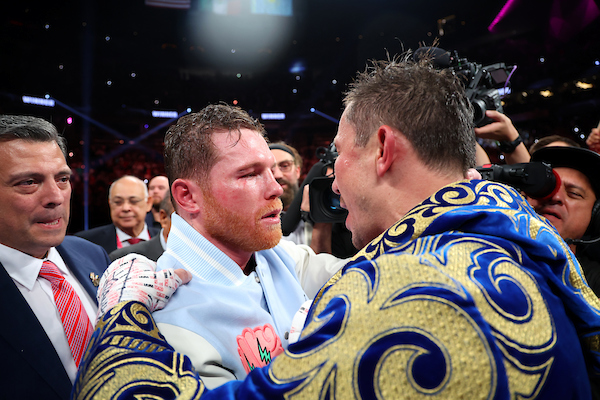 Canelo Alvarez finally scored a clear decision over Gennadiy Golovkin in the four-years-in-the-making rubber match that took place in Las Vegas on Saturday. Alvarez beat his arch rival by scores of 116-112 and 115-113 (twice), but most observers considered the super middleweight championship to be a one-sided contest in favor of the Mexican star, who is still in his prime.

Many of those same fans and media members believed that Golovkin, who is now clearly past his prime at age 40, deserved to win their first match at middleweight in 2017, which ended in a controversial split-draw. The 2018 rematch, also contested at middleweight, was a heated battle that was selected as The Ring’s Fight of the Year. Alvarez won it via close majority decision, but many observers scored it a draw. 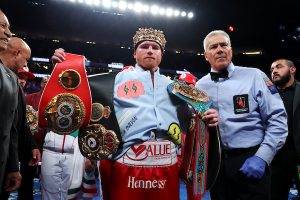 Alvarez retained his Ring/WBC/WBA/IBF/WBO 168-pound titles with a UD over his arch rival. Photo by Ed Mulholland/Matchroom

So, while the official record of the Canelo-Golovkin rivalry is 2-0-1, it’s really more of a 1-1-1 stalemate in the court of public opinion. The ratings result of bout No. 3 was also basically a stalemate as neither future hall of famer advanced or dropped.

Alvarez (58-2-2, 39 KOs) remains undisputed super middleweight champion, and holds on to his No. 5 spot in the pound-for-pound rankings. Golovkin (42-2-1, 37 KOs) remains the No. 1-rated middleweight (as well as the unified IBF-WBA titleholder).

“Canelo got into an early lead against a circumspect GGG, who rallied late but it was too little too late,” remarked panelist Anson Wainwright. “Their third chapter was the least enthralling of the trilogy.”

Pound-for-pound – Alvarez remains at No. 5.

“Canelo took care of business against GGG,” said panelist Anson Wainwright. “Not enough to move up.”

Added panelist Martin Mulcahey: “This is not one for the books on either side. The time period between rematch and trilogy was too long when one has aged to 40. No movement for Canelo, and not jumping (No. 4-rated Errol) Spence on that performance.”

Heavyweight – Andy Ruiz advances to No. 4 after outpointing Luis Ortiz, who drops to No. 7.

“While Andy Ruiz beat Luis Ortiz, I’m not sure either gained a lot of momentum from this one, but Ruiz remains a dangerous fight for anyone,” remarked Mulcahey. “I think the middle of the top 10 pack is where both belong. (No. 3-rated Joseph) Parker did beat Ruiz so he still deserves the higher rating. So up one place for Ruiz, and down one spot for Ortiz.” 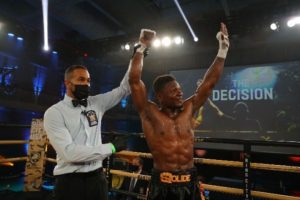 Wainwright suggested a one-spot advancement for Mbilli, switching places with No. 4-rated John Ryder, but was voted down by Managing Editor Tom Gray and panelist Adam Abramowitz.

“As impressive as Mbilli looked on Friday, I wouldn’t move him ahead of Ryder,” said Abramowitz. “I think he should remain where he is.”

Answered Wainwright: “I debated that. However, I felt that Mbilli’s wins over Mohammedi (which he got a jump for) and the Ware win showed he’s progressing. I felt Ryder was a little lucky against Daniel Jacobs in February, he hasn’t fought since and had just marked time since he gave Callum Smith hell in November 2019. It’s a tip to the future as well as I’d pick Mbilli to beat Ryder head-to-head.”

Added Gray: “I’m with Adam here. Mbilli is a solid talent and a big puncher, but he’s still fighting beneath top level. Mohammedi has been losing as often as he’s been winning in recent years, and DeWare hasn’t exactly been turning heads.

“You said it yourself, Anson, Mbilli is ‘progressing.’ Essentially, he’s where he is right now because of the eye test. I expect Mbilli to go MUCH further, but he needs to get the results to ascend the ratings.

“Ryder has operated at a higher level and a close decision win over Jacobs trumps Mbilli’s resume with room to spare. Opinions varied on that result, but the vast majority of fans and experts had Ryder beating Callum Smith.

“Who we think wins between Mbilli and Ryder is irrelevant.”

Wainwright added that Ali Akhmedov, who outpointed veteran gatekeeper Gabriel Rosado on the Canelo-Golovkin undercard “is in the 11-15 range.”

Middleweight – Golovkin remains at No. 1.

“GGG said he’ll carry on so keep him where he is,” said Wainwright.

Wainwright had originally suggested Jermaine Ortiz to enter at No. 10 but Abramowitz, Diego Morilla and Yours Truly favored Lemos.

Junior featherweight – Ra’eese Aleem advances to No. 3 following a 10-round shoutout over fellow contender Mike Plania, who drops to No. 9. Danny Roman exits after announcing his retirement. Takuma Inoue (16-1, 3 KOs) enters at No. 10. 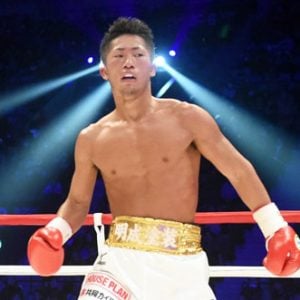 Wainwright’s suggestion of Inoue was met with some skepticism but the panel couldn’t come up with a better addition following Roman’s exit.

“I would hope there’s someone more worthy than Takuma Inoue,” said Gray. “Hess had three fights in three years and accomplished very little. With that said, I looked, and options appear limited. I leave it with you guys in case I missed something.”

Added Morilla: “I’d suggest Ludumo Lamati at 122, but Inoue has a slightly better track record at this point, I guess.”

Added Mulcahey: “On paper Takuma Inoue deserves No. 10, he just somehow does not excite me and I remember him being almost accepting of loss when confused by (Nordine) Oubaali in his only setback. But others worthy of consideration have not had a big test yet, maybe Sam Goodman, but again he’s not faced a top-10 type.”

“You can’t be spectacular every time. Rodriguez was more workmanlike, winning a 12-round unanimous decision against the gutsy and game Gonzalez,” said Wainwright. “No movement.

Added Mulcahey: “I am ready to say that Bam Rodriguez’s activity (three title fights this year) against a good level of opposition is enough to jump him over (No. 2-rated Kazuto) Ioka, but that (Kosei) Tanaka win still looms large for Ioka. Really conflicted and will go with majority vote.”

Junior flyweight – Sivenathi Nontshinga advances to No. 5 after scoring a sensational 12-round split-decision over Hector Flores Calixto. Masamichi Yabuki remains at No. 6 following a seventh-round stoppage of previously unbeaten Thanongsak Simsri.