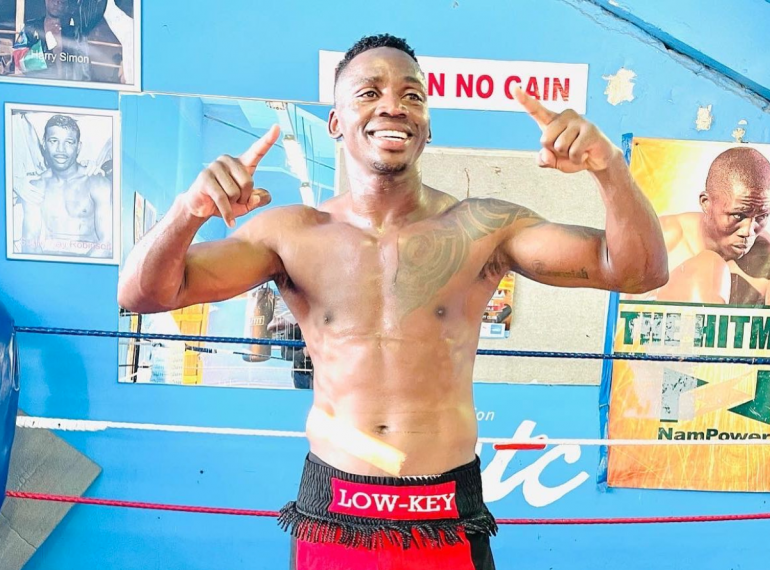 Earlier this year, Jeremiah Nakathila upset former junior lightweight titleholder Miguel Berchelt in his lightweight debut. The Namibian showed he wasn’t in Las Vegas just to collect a payday when he flipped the script with a highly impressive six-round stoppage.

Nakathila feels his performance has left many of the top guys at lightweight hesitant to face him.

“It was a great opportunity for Africa and for my team and I grabbed it by showing my talent to the world and Top Rank Promotions,” Nakathila (23-2, 19 knockouts) told The Ring. “That fight boosted my rating in the world but it also scared my opponents as till now we are struggling to get a top opponent at 135 pounds but I am very confident that my team will secure a big fight for us soon.”

The 32-year-old Namibian power-puncher hopes he can secure a big fight in the fall.

“When you are at that level you want to fight the very best fighters in 135-pounds as the best should fight the best,” he said. “We know that the titles at 135 are preoccupied and it will be difficult to get a shot to the world title right now.

“When Davin Haney beats George [Kambosos Jr.] in their rematch, I believe he will knock him out this time around.

“While we are waiting for the winner, the best should fight the best in the division and I will welcome a fight with the likes of Vasiliy Lomachenko, Gervonta Davis or Ryan Garcia. I still believe Loma chose an easy way for selecting a young boy in Ortiz, while he knew that I was ready for him. I am very confident that I can beat them and if any of those fights can be made, it might not even go the distance.

“In my view, all these guys are definitely beatable and I would like to get in the ring with one of them or they can line up one-by-one and the results will be the same. I have everything to beat them and I believe it will end in knockout victory.

“I am ready for top class opponents and please stop hiding behind your promoters or TV networks as any fight can be made and just show up and the promoters will make it happen.”

Nakathila’s handler, Nestor Tobias, has also helped his fighter face unified junior lightweight titlist Shakur Stevenson and Berchelt in America. He hopes he can procure another opportunity in the not-too-distant future for his star fighter.

“Our plan, after his two fights in Las Vegas, is to get him another big fight and I would like to thank Top Rank for the opportunity as Top Rank have been there for African fighters at all times,” said Tobias. “You see against Stevenson that fight was very difficult for both boxers because of their styles but both boxers are very motivated after that fight, styles make fights and Nakathila has the style to destroy all the top boxers at 135 pounds.

“Let the best fight the best as the boxing fans want to be entertained with great fights. Let’s get it on.”