Born on this day: Willie Pep 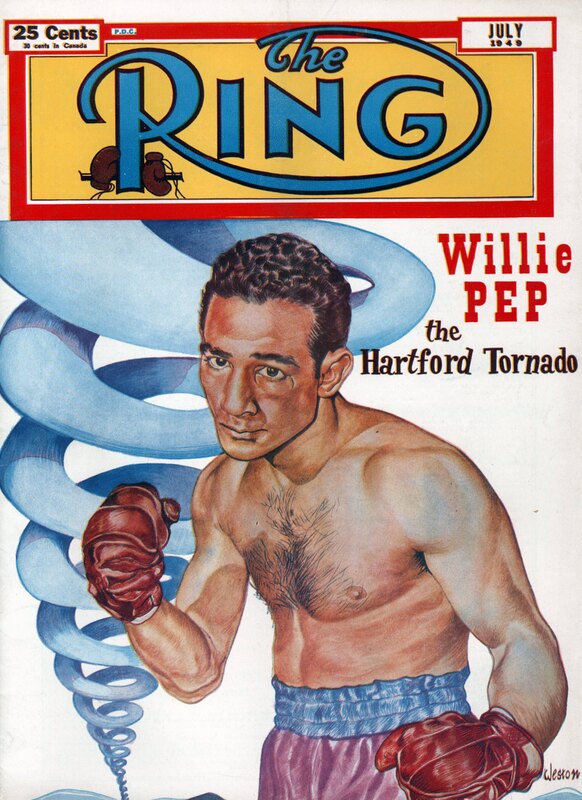 One of the most elusive fighters of all time would have turned 100 years old today.

Willie Pep was born Guglielmo Papaleo on September 19, 1922 in Middletown, Conn. He began his pro career in his late teens in 1940 in his native state, where he compiled 25 straight wins before taking his act to California and other more competitive environments.

Only two years into his career he had already amassed a 41-0 record before taking on his first major step-up in former world title challenger Joey Archibald. After that win, he racked up ten more wins to finally get his first title shot against reigning featherweight Ring champion Chalky Wright. He defeated Wright over 15 rounds in October of that same year of 1942 (a year in which he fought an unbelievable 22 times) and proceeded to continue exhibiting his uncanny defensive skills against the best fighters the division had to offer.

He dropped a 10-round decision against the great Sammy Angott in 1943 and then had a draw against archrival Jimmy McAlllister two years later, but other than those small bumps in the road he dominated the entire field during the first eight years of his career.

By the time he lost his belt against fellow all-time great Sandy Saddler in 1948 in what would have been his seventh defense, Pep had an astonishing record of 134-1-1, an incredible feat. He regained the title from Saddler in a rematch the following year, but lost it again in the rubber match of a bad-blood rivalry that took the best (and the worst) from both men. Pep managed to sneak in three defenses of his belt before surrendering it to Saddler for good. He would later lose a fourth bout against Saddler, with all his losses against him being by stoppage.

He continued fighting until 1966, averaging a dozen fights per year during most of those years. The final record of his 26-year career was an incredible 229–11–1 with 65 knockouts. He is widely considered one of the best defensive fighters of all time, and one (if not the) best featherweight of all time.

Pep passed away in November 23, 2006 at the age of 84. He was inducted into the International Boxing Hall of Fame in its inaugural year in 1990.