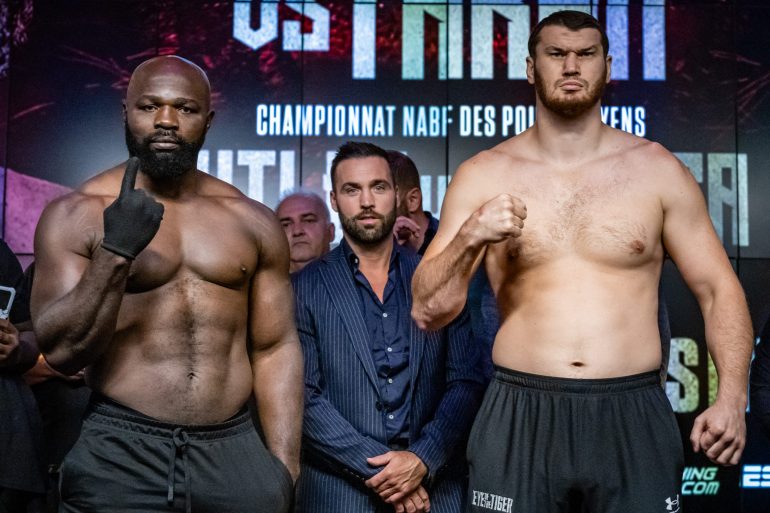 Rising super heavyweight contender Arslanbek Makhmudov and his opponent former world title challenger Carlos Takam were both in excellent condition and were respectful at their weigh in on Thursday ahead of tomorrow’s 10-round scheduled contest at the Montreal Casino, Montreal.

Makhmudov came in at 263.2. The 33-year-old will be attempting to make his sixth defense of his NABF title he won in 2019. He enters the contest with an unblemished record of 14-0 (14 knockouts).

Meanwhile, Takam, who went 10-rounds when he met then IBF, WBA and WBO titlist Anthony Joshua weighed a career high 261.4. The 41-year-old Las Vegas resident is fighting for the first time since he was stopped in six-rounds by Joe Joyce last July. Takam has a record of 39-6-1 (28 KOs).