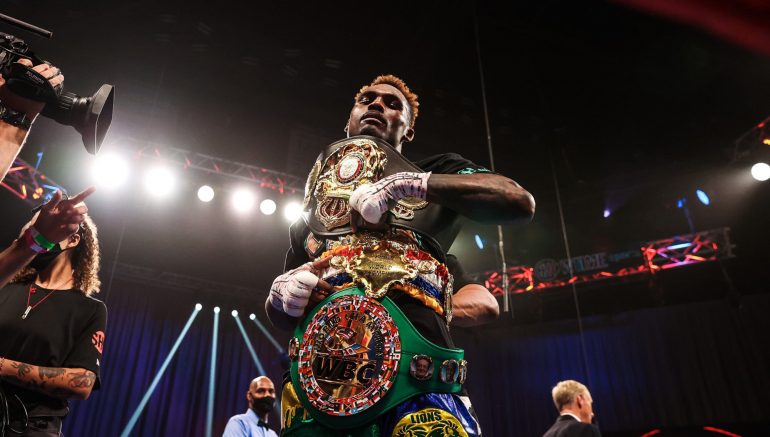 Next up is junior middleweight. As always, please enjoy the debate and respect other people’s opinions.

THE PAST: Charlo beat a host of solid fighters including Gabriel Rosado (UD 10), Vanes Martirosyan (UD 10) and Joachim Alcine (TKO 6) before capturing the vacant WBC title with a come-from-behind knockout against John Jackson (KO 8). The Texan made three defenses – most impressively knocking out Erickson Lubin (KO 1) – but lost his title in controversial fashion to Tony Harrison (UD 12). After one comeback win, he regained the title, struggling at times before knocking Harrison out (KO 11). The 32-year-old added the Ring, WBA and IBF titles to his collection when he knocked out Jeison Rosario (KO 8). He fought WBO counterpart Brian Castaño to a controversial draw. However, in the rematch be stopped the Argentine fighter in 10-rounds to become the undisputed champion.

THE FUTURE: Will face WBO mandatory Tim Tszyu on January 28.

THE PAST: Castaño was a standout amateur. The Argentinean is an aggressive boxer-puncher who holds wins over Michel Soro (SD 12) and Cedric Vitu (TKO 12) in France. The 33-year-old has since drawn with Erislandy Lara (D 12), stopped fringe contender Wale Omotoso (TKO 5) and widely outpointed Patrick Teixeira (UD 12) to claim the WBO title. He then fought Charlo (D 12) to a standstill before being stopped in 10-rounds in the rematch.

THE FUTURE: The Argentine fighter will have to work his way back up. Most likely to return in the new year.

THE PAST: Fundora built a portion of his early record on the road in Mexico, Argentina and Uruguay. The 24-year-old holds physical advantages over his opponents, standing 6-foot-5½ with a gargantuan 80-inch reach (unified heavyweight champion Oleksandr Usyk has a 78-inch reach). However, instead of boxing on the outside, he prefers to stand and fight. He has impressed stateside and over the past couple of years, beating the likes of Nathaniel Gallimore (KO 6), and Jorge Cota (TKO 4), Sergio Garcia (UD 12) and, most recently, he got off the canvas to outlast Erickson Lubin (RTD 9) in a war of attrition.

THE FUTURE: Aiming to further solidify his position by beating Carlos Ocampo in Carson, California on October 8.

THE PAST: Tszyu, who is the eldest son of Hall of Famer Kostya Tszyu, turned professional in December 2016. Since then, he has moved steadily through the ranks beating the likes of tough compatriot Dwight Richie (UD 10), former welterweight titleholder Jeff Horn (TKO 8), respected two-time world title challenger Dennis Hogan (TKO 5) and iron-jawed Takeshi Inoue (UD 12). The 27-year-old made his American debut earlier this year and had to get off the canvas in the opening round to best experienced Terrell Gausha (UD 12).

THE FUTURE: Gets his long-awaited WBO mandatory title shot against Charlo on January 28. 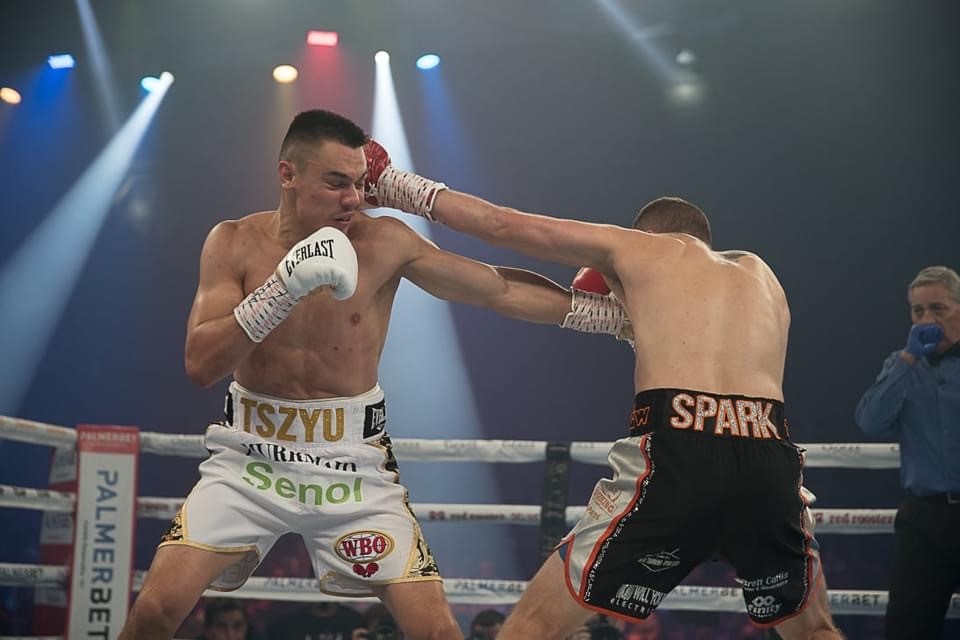 THE PAST: This skilled boxer-puncher was stopped by Jarrett Hurd (TKO 9) when he challenged for the vacant IBF title. However, he surprised Charlo by sticking to his game plan and claiming a close and controversial decision. Harrison was stopped in the direct rematch. In his comeback he struggled with Bryant Perrella (D 12) but looked to be back to his best when he won a lopsided decision over Sergio Garcia (UD 10).

THE FUTURE: Wants to face Charlo in a rubber match and has also thrown out the notion of a fight against Danny Garcia. Either way, it’s important his stays active and builds on the momentum of the Garcia win.

THE PAST: Former amateur star looked on course to represent the U.S. at the 2016 Olympics. However, Lubin turned professional at 18 and while he looked the part during his rise, he was stopped in one round by WBC titlist Jermell Charlo. That may have ruined a lot of fighters but, to his credit, Lubin has raised his game and won six fights, most notably stopping former unified titleholder Jeison Rosario (KO 6). However, he lost an all-action shootout with Fundora (RTD 9) in April.

THE FUTURE: The Fundora loss was particularly damaging. Lubin is likely still recovering before mounting a comeback in 2023.

THE FUTURE: Having fought in July, it is a safe bet to say he will likely return in Russia late this year.

THE PAST: Smith is one of four fighting brothers. He won British and Commonwealth titles before claiming the WBO 154-pound title in 2015. Smith made two defenses before losing to Canelo Alvarez (TKO 9). Got back in the win column against future middleweight title challenger Liam Williams (RTD 9/ MD 12) before dropping a decision to Jaime Munguia (UD 12). “Beefy” won three fights before controversially losing to Kurbanov (UD 12). However, he has bounced back strongly with three wins, notably stopping former two-weight division world champion Jessie Vargas (TKO 10).

THE FUTURE: Recently beat Hassan Mwakinyo (TKO 4) and is done for the year. Would love another world title shot but may opt to face compatriot Chris Eubank Jr. in a big money catchweight fight if Eubank Jr. beats Connor Benn. 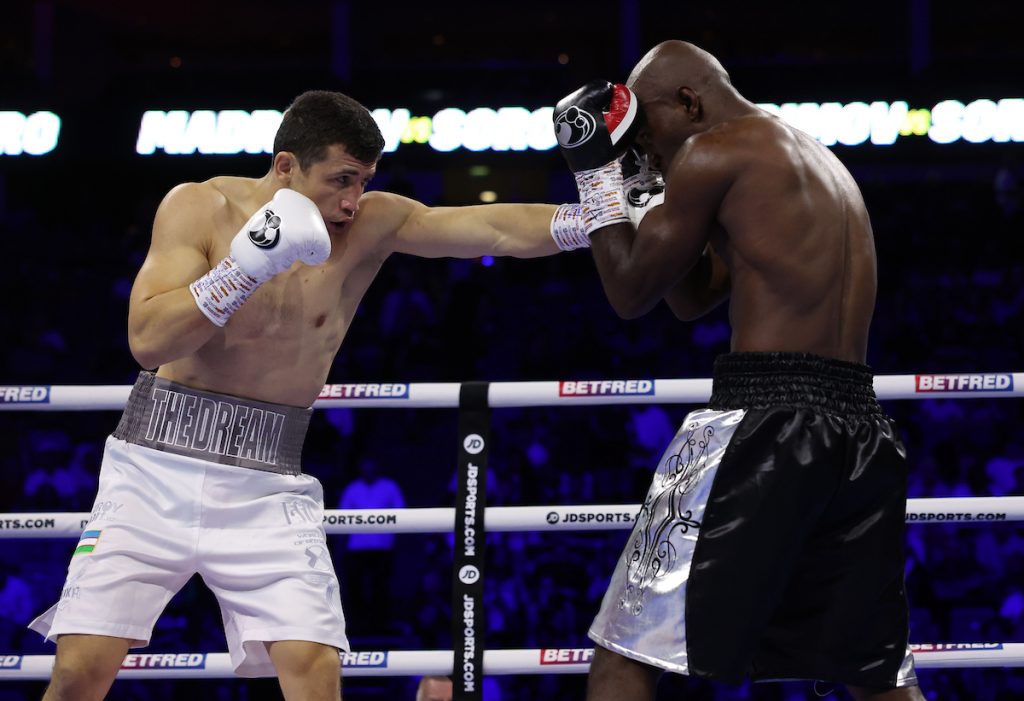 THE PAST: Won a slew of amateur titles before turning professional in the fall of 2018. The 27-year-old has moved quickly due to his amateur pedigree. “The Dream” has been a nightmare for his opponents and has beaten seasoned veterans like Norberto Gonzalez (TKO 6), Alejandro Barrera (TKO 5) and Eric Walker (UD 12). He also holds a win over perennial contender Michel Soro (TKO 9/ Tech Draw 3).

THE FUTURE: Wouldn’t be a surprise to see him appear on stablemate Dmitry Bivol’s undercard in November. Regardless, he will fight before the end of the year possibly against someone like James Metcalfe or Johan Gonzalez, who are also highly ranked by the WBA.

THE PAST: The 34-year-old French veteran won the European title earlier in his career and holds wins over Glen Tapia (TKO 4), Javier Maciel (TKO 3) and Cedric Vitu (TKO 5). After a two-year hiatus largely due to Covid, he returned against Madrimov, who controversially stopped him in nine rounds. They fought a rematch in July, the fight was abruptly curtailed when Soro was cut from a clash of heads in the third round.

THE FUTURE: Soro needs to get in the win column and can ill-afford long spells of inactivity at this stage of his career. He lives and fights out of France, perhaps he could look at the European title as a way back.

THE PAST: Worked his way up on the Mexican circuit defeating the likes of Jhony Navarrete (UD 10), Jorge Paez Jr. (UD 10) and Daniel Echeverria (UD 10) and became the IBF mandatory challenger. However, none of that prepared him for Errol Spence Jr. and he was in for a rude awakening in his American debut when he was stopped in one-round. The 26-year-old moved up to 154-pounds and has reeled off 12 consecutive wins, including an impressive win against Mikael Zewski (TKO 9) in Canada.

THE FUTURE: His big chance comes when he faces Fundora on October 8.