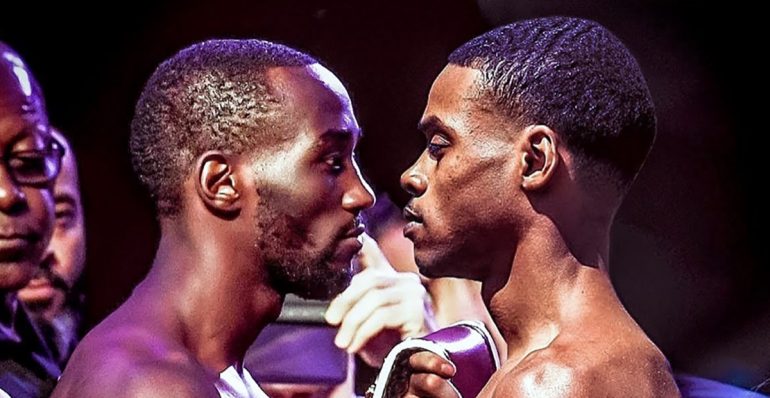 The welterweight summit showdown that people doubted would ever happen may finally happen this year.

Errol Spence Jr. and Terence Crawford have reportedly agreed to financial terms to unify all four major welterweight titles, which the fight being targeted for November 19 in Las Vegas, ESPN reports. The WBO titleholder Crawford (38-0, 29 knockouts) has reportedly agreed to take the shorter end of the financial pie, according to Mike Coppinger of ESPN.   The deal remains unsigned at the moment as the lawyers work out the particular legalese.

Among the terms in the deal are a rematch clause that the loser can invoke, with the winner being entitled to the lion’s portion of the purse.

The two undefeated fighters have circled one another for several years as the top rising stars in the 147-pound division, but their ascents have been stunted without this marquee matchup. The two fighters have publicly taken the stance that the fight would be nice to make, but it wouldn’t be a make-or-break situation if it didn’t happen. Crawford told reporters in 2020, “I’ve accomplished so much in the sport of boxing that I [don’t] really need him,” referring to a fight with Spence, while Spence said earlier this year, “I don’t think it’s something I need to be an all-time great because I don’t think [Felix] Trinidad was undisputed.”

With Manny Pacquiao retired, and no other significant fights to make at 147 pounds for the moment, there has never been greater urgency to make the bout.

Spence (28-0, 22 KOs) is coming off one of his best performances yet, a dominant tenth round stoppage win over Yordenis Ugas in April to add the WBA belt to the IBF and WBC belts he already held.

Crawford hasn’t fought since last November, when he stopped Shawn Porter in ten rounds to retain his title. After the fight, he announced he was leaving long time promoter Top Rank.

Crawford is rated no. 3 pound for pound by The Ring, while Spence is right behind him at no. 4.