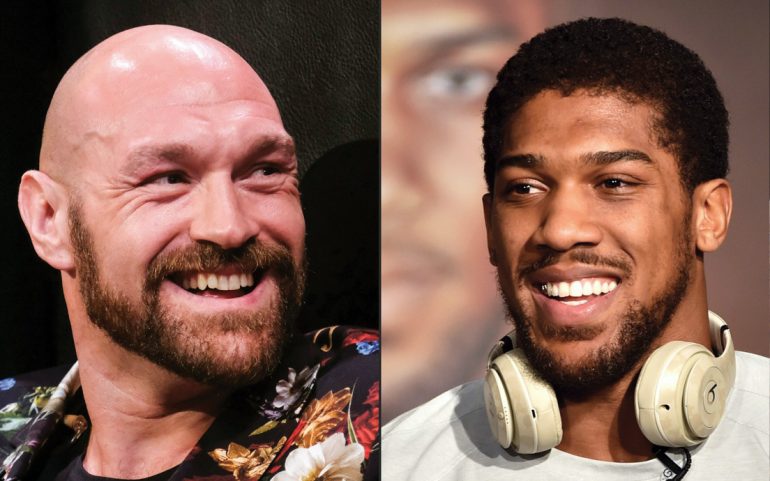 You’ll believe it when you see it, right?

Last week, when WBC heavyweight titleholder Tyson Fury threw down the gauntlet at countryman Anthony Joshua for a year-end showdown, there were reasons to be cynical. In fact, one could be forgiven for falling about laughing.

Well, not so fast! A December 3 all-British superfight is still in the works.

The following is a public tweet, sent on Tuesday, from Joshua’s management company, 258:

“258 and @MatchroomBoxing can confirm, on behalf of @anthonyjoshua, that we accepted all terms presented to us by Fury’s team for a fight Dec 3rd last Friday. Due to the Queen’s passing, it was agreed to halt all communication. We are awaiting a response.”

The immediate response from Fury’s co-promoter, Frank Warren, was short and sweet:

“Contract will be with you very soon.”

We’ve been down this road before, but this is about as encouraging as it gets.

So, why is everyone so pessimistic?

Well, inside five months, the unbeaten Fury has retired, called out Derek Chisora, retired again, vacated the Ring championship, announced that he was coming back and challenged Joshua. When you write about Fury’s present status, you keep one eye on the newsfeed in case it changes again.

Joshua, a two-time heavyweight titleholder, lost to Oleksandr Usyk for a second time on August 20. The former Olympic champ was much more effective than he’d been in fight one but it wasn’t enough to secure victory. Having lost three of his last five fights, one would have expected a slow rebuild. Well, it doesn’t look like that’s what AJ wants.

At least for now, it would appear that Fury and Joshua are on the same page in terms of finalizing their long-awaited collision.