Born on this day: Wilfred Benitez 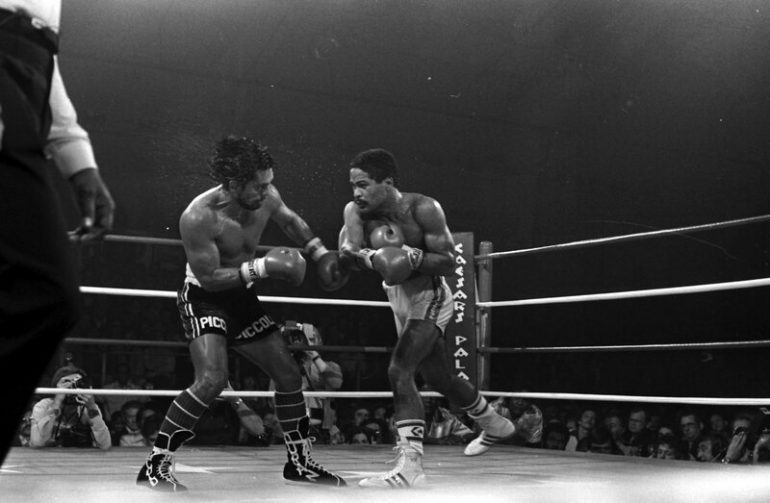 A radar in his brain, a GPS on each fist, and a stare that could freeze his foe’s heart. And by far, the most precocious talent in boxing history.

Wilfred Benitez was born on September 12, 1958 in New York City, the youngest son of a former professional boxer. To say that he followed the steps of his father and his two oldest brothers “from a young age” would be a gross understatement.

Using a fake ID, Benitez made his pro debut at the tender age of 15 and embarked in a meteoric career that would find him facing one of the finest junior welterweights in history in the form of Colombia’s Antonio “Kid Pambelé” Cervantes. With his high school classmates cheering from the stands, the 17-year-old Benitez earned a hard-fought split decision win to become the youngest man to win the undisputed Ring title in 1976 against a seasoned veteran with over 90 fights under his belt.

That was only the beginning of a legendary career.

After two title defenses, the defensive wizard moved up in weight to continue his career and in 1979 he finally challenged Carlos Palomino for the Ring welterweight title at Puerto Rico’s Hiram Bithorn Stadium, the same venue in which he had made history three years earlier.

Two fights later, “The Radar” lost his belts to Sugar Ray Leonard in a memorable fight in which Leonard stopped Benitez with only six seconds left in the fight, after a phenomenal display of boxing skills by both men.

One year later, Benitez would receive an offer to risk his belt against Tommy Hearns, but decided to move up in weight instead due to his natural body growth. Against all odds, he once again defeated a much more experienced and bigger man when he stopped Maurice Hope in 12 rounds to become only the fifth fighter in history to pick up a third title (this time at 154) and thus earn titles in three different divisions, being the youngest one to achieve that goal with only 22 years of age.

In what would become one of his finest and sadly his last masterpiece, Benitez retained his belt against Roberto Duran in 1982 in another superb display of boxing skills, but that second defense of that title would be the last time he would hold a belt of any kind. In his next fight, he finally met Hearns in his prime with the title at stake and lost a majority decision.

The next seven years would be a long and painful road to the end, going 9-6 in various challenges against sub-par opposition as his savings eroded along with his once brilliant physical and mental abilities. In the late ‘80s he traveled to Argentina, where he was either swindled out of his purse for fighting Carlos Herrera or spent his entire purse while his mental condition declined, depending on various records. A mission undertaken by a legislator to rescue him and bring him back to Puerto Rico finally got him to the island where he had grown up, but he managed to travel to the US and got a license that allowed him to fight on until his 32nd birthday. His savings gone and his health in full decline, he is now living in Chicago with the round-the-clock assistance of his sister Yvonne.

In 1996, Benitez was inducted into the International Boxing Hall of Fam, where he stands along the best Puerto Rican boxers of all time such as Felix Trinidad, Wilfredo Gomez, Carlos Ortiz, Hector Camacho, Edwin Rosario and Miguel Cotto.