Kevin Lerena: I am going to make a noise in the heavyweight division 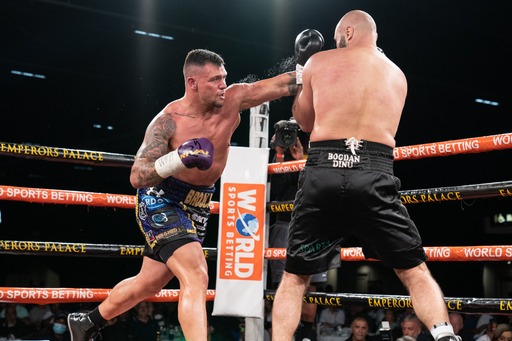 South African heavyweight Kevin Lerena will face the much larger Mariusz Wach in a scheduled 12-round contest at Emperors Palace, Johannesburg on Saturday.

Lerena, who officially made the switch to heavyweight earlier this year after campaigning at cruiserweight, is looking to build on the momentum he gained by beating Bogdan Dinu in March.

“He’s my biggest fight to date,” Lerena (27-1, 14 knockouts) told The Ring. “He’s a former world title challenger, he’s bringing experience, he’s fought big names. He’s a big man and has a size advantage. I’m looking forward to the challenge. He’s a legitimate heavyweight and a true test for me.

“He’s a tough competitor, I know it’s a tough fight ahead of me. We know what we have to do to beat him. We have a good game plan. I feel he’s going to find me very awkward being the smaller man.”

The 30-year-old southpaw isn’t concerned with giving up over 30-pounds in weight and six inches in height and says this is the next step in his heavyweight journey.

“I feel good at the weight, lots of energy, lots of pop on my punch, very explosive,” he explained. “Mariusz Wach is a better fighter than Dinu and fought a lot bigger names. He’s not Dinu but I’m not afraid of any big man. Size means nothing, skills pay the bills and I’m excited for the fight.”

Lerena knows he has to take each fight as it comes but is optimistic he can mix it up with the very best.

“The goal is to beat Mariusz Wach,” he said. “[Not just a] victory over Mariusz Wach but a stoppage victory is impressive and would send a clear message to the heavyweight division that I’m serious and want the big fights. I want to get in the top 10 and once I’m in the top 10, I want a world title shot. 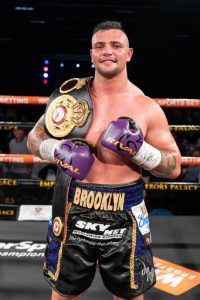 “I want to let the world know, this guy from South Africa is going to make a noise in the heavyweight division. If you don’t know my name, you will in the next year on the heavyweight international world scene.”

Lerena’s promoter, Rodney Berman of Golden Gloves, has been the premier boxing promoter in Africa since the 1980s and has handled the likes of Brian Mitchell, Welcome Ncita and Vuyani Bungu. He also promoted Lennox Lewis-Hasim Rahman in South Africa back in April 2001.

The veteran promoter is in no doubt as to what he wants next if his charge is victorious against Wach.

“I would put Lerena in with Anthony Joshua tomorrow,” said Berman bombastically. “Joshua’s calling out opponents. Eddie Hearn calls out everybody and when you call him out, he doesn’t look at the messages.

“They’ll make every excuse, Lerena’s not a big enough name, it’s just talk with Hearn. Lerena is ready and willing.”

Wach (36-8, 19 KOs) has been a professional since 2005. He won his first 27 fights before losing to unified heavyweight titleholder Wladimir Klitschko (UD 12) in 2012. After returning to the win column with four wins, he was stopped by Alexander Povetkin (TKO 12).

The 42-year-old has also lost to Jarrell Miller (TKO 9), Dillian Whyte (UD 10), Hughie Fury (UD 10) and, most recently, Arslanbek Makhmudov (KO 6). Wach has been stopped on four occasions but has never been taken out early.