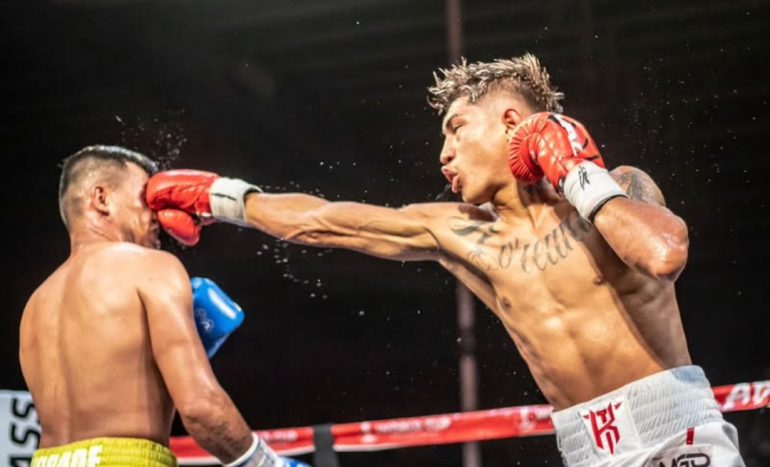 Best night of pro career and why: Torres felt the love of his hometown fans inspired him to put on a polished performance in December 2021.

“My best night in boxing was against Guillermo “Borrego” Ávila,” Torres told The Ring. “I returned to my city, Obregon, after not having fought there in two-years. I realized that night that many people were following me, I felt the support of the people like never before.

“It was also a great fight. Ávila arrived very [well] prepared and strong for that fight, and he brought out the best of me. It was 10 very tough rounds and I gained a lot of experience.”

Worst night of pro career and why: The 20-year-old’s overconfidence nearly cost him against a journeyman earlier this year.

“I feel like it was against Rodolfo “El Rudy” Flores,” he admitted. “The truth is I thought that fighter had nothing to do with me. I wanted to knock him out in the first round and even though I knocked him out in the fourth round, I received many blows that I should not have received, because I was very careless when attacking in order to knock him out quickly. It was the night that everyone has scolded me for.” 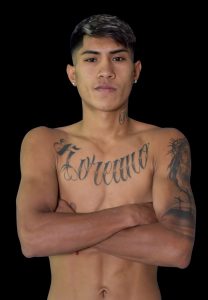 “It will be a very tough fight against an unbeaten man,” he said. “He will surely come with everything. I expect a tough fight.

“I know that he has been preparing for a long time because he was going to fight two months ago versus another opponent. They canceled the fight, and now he has this fight against me. He will surely come very well prepared, and I will be ready.”

Gutierrez turned professional in 2015. The 25-year-old Guadalajara native has fought exclusively at home, and although he is unbeaten he has two draws on his record. Gutierrez is (14-0-2, 5 KOs) and appears to be a step up for Torres.

Why he’s a prospect: In typical Mexican fashion, Torres didn’t have much of an amateur career.

“My amateur career was very short,” he said. “I made my professional debut at the age of 16. I wanted to earn money because I had no other option at that age.”

“Koreano” has learned on the job and improved as he’s progressed.

“I have not sparred with any boxing celebrities,” he said. “I would like one day to be able to do it with (George) Kambosos and (Vasiliy) Lomachenko.”

The young Mexican feels he shines in one particular area more than others.

“My boxing skills,” he said. “I haven’t put much practice into my latest fights, because I’ve been going for a knockout because I feel strong.

His trainer, Carlos Torres, feels his fighter’s attitude and work ethic are something that marks him out as someone to keep an eye on.

“He is a very young fighter who has fought very experienced fighters since he was 18 years old – he has fought older fighters,” said the trainer.

“In the gym, he always tries harder than everyone. He is the first to arrive and the last one to leave.”

Why he’s a suspect: In a word, experience. However, in the short term, that hasn’t been a problem for the 20-year-old who has found a way to win his 16 outings to date.

Long term, it may serve Torres to go into training camp with one of the top fighters in the division. It will help him grow inside the ring mentally and physically.

The attack-minded Mexican feels he has to also be careful what comes back the other way.

“My defense and side steps,” he said. “I have a very strong jaw and I have never felt bad in any fight, but I have to take care of my health and take care of those points in my fights.”

His trainer feels his charge needs to learn the subtleties and tricks of the trade to further advance: “To manage his distance better, control his attack, and try to box more, not always be on the attack.” 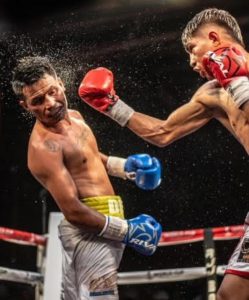 Storylines: Torres, who is from a large family, had a particularly difficult beginning growing up in Ciudad Obregon.

“I struggled a lot,” he said. “We have 10 people living in the same house between brothers, aunts, nephews, grandparents etc. I call my cousins, brothers, because I grew up with them since I was born. To me, they are my brothers.

“We came from a poor neighborhood. We never had luxuries of any kind. We have struggled to get ahead and, thank God, I entered boxing, and I am 100 percent focused on boxing. I want to fulfill all my dreams and give my family a better life.”

Torres always enjoyed boxing but didn’t take up boxing until he was a little older.

“I always went to boxing events in my city, because my brother and uncle have been trainers since I was a child,” he said. “I went to the events, watched the fights, and helped as much as I could even then.

“I started practicing it when I was 12-years-old and I feel that it is something that came naturally to me, because in a short time, I was able to beat many who had been boxing since I was a child.”

Although his boxing hero is a countryman, surprisingly it isn’t one of the more celebrated ones.

“Jose Luis Ramírez, for his southpaw stance just like me, and because he fought the best and got 102 wins and 82 knockouts,” he said. “Like me, he is also from Sonora, living about two hours from my house. I do not know him, but he is my idol in boxing, I hope one day to meet him.”

He hopes to follow in Ramirez footsteps one day but appreciates it’s one step at a time.

“I want to be an official challenger for a world title,” he said. “I know I will achieve it and I hope it will be against someone strong, so we can put on a great fight for the fans, I know lightweight is the hottest division right now. I hope it stays that way when I get the opportunity to fight for a title.”

Away from boxing, Torres has a girlfriend and enjoys soccer and plays for a team as a striker in the local league. Although his reputation is growing not everyone in his hometown knows him.

“[While playing] soccer sometimes there are kids who don’t know me and try to scare me and I just laugh.” he said.