Ali Izmaylov takes on Radivoje Kalajdzic on ShoBox in October 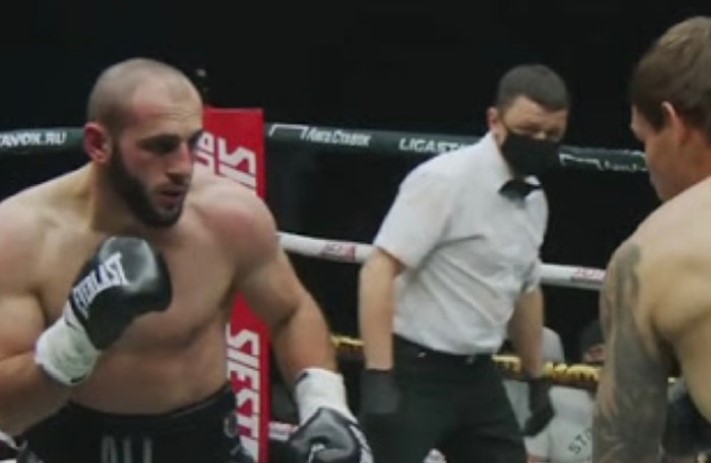 No word yet on where the fight will take place, but it will air live on Showtime and headline a ShoBox telecast.

Izmaylov (9-0, 6 knockouts), who is originally from Malgobek, Russia and now resides in Detroit, Michigan, defeated Eric Murguia by unanimous decision in a clash of unbeaten light heavyweights. The win over Murguia took place over four months after Izmailov stopped Abraham Tebes after the third round. Tebes also entered the Izmailov bout unbeaten.

Salita is very high on Izmaylov.

“Ali is one of the most exciting and gifted contenders (in) all of boxing,” Salita told The Ring last week, confirming the news of the Izmaylov-Kalajdzic fight. “He is a force to be reckoned with in the light heavyweight division. He keeps getting better (after) every fight. His natural gifts, power and desire to fight and be the best is refreshing. I am excited about the future.”

Izmaylov’s last four bouts have taken place in the United States after fighting in Russia, Belarus, and Latvia.

Kalajdzic (27-2, 19 KOs) stopped Ernest Amuzu in the opening round of his last bout on May 14. He has won his last three bouts since losing by knockout to IBF world titleholder Artur Beterbiev in May 2019.

The 31-year-old, who is originally from Bosnia and Herzegovina and currently resides in Saint Petersburg, Florida, lost his first fight as a pro by split-decision to Marcus Browne in a fight many thought Kalajdzic did enough to win.

Kalajdzic is promoted by Lou DiBella.