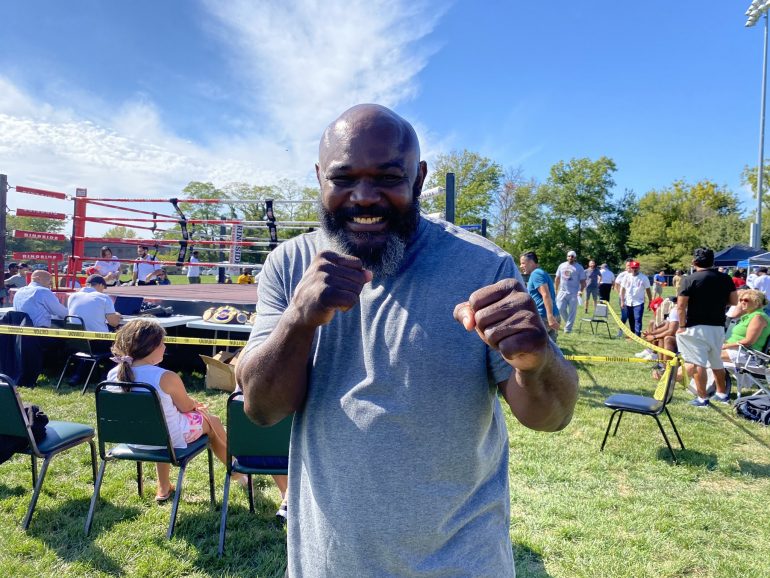 TRENTON, N.J. — No discussion about the boxing history of New Jersey’s capital city can take place without mentioning Bryant Brannon.

The former super middleweight contender from Trenton fought professional between 1992 and 1999, before returning for single bouts in 2002 and 2005. He is best remembered for his 1996 title challenge of a prime Roy Jones Jr., giving a spirited effort before being knocked out in two rounds at Madison Square Garden.

Brannon, now 56, was among the former professional boxers who were celebrated at an amateur boxing show on Saturday, September 10 for their contributions to Trenton’s boxing history. Brannon, along with 1996 Olympic bronze medalist Terrance Cauthen and others received awards from the event’s organizer Robert Smarr of Knuckle Game Boxing in Trenton, to commemorate their inductions into the New Jersey Boxing Hall of Fame.

Brannon fought his way up the rankings the hard way, and lists his best moment as the night he beat Frank Rhodes in 1995 to win the NABF super middleweight title. Brannon suffered a severe cut in the first round, but was able to get the fight to the fourth round, when he won a technical decision.

“My proudest moment as a fighter was when I won my first national title, which was the NABF championship. I had suffered a headbutt in the first round and it was a very bad headbutt and the referee wanted to stop the fight but I encouraged him to give me a few rounds,” Brannon tells The Ring.

Brannon then went on to defeat future super middleweight titleholder Eric Lucas in his next bout, but his career never truly rebounded after the Jones loss. He fought on until 1999, when a knockout loss to James Butler derailed his dreams of returning to the world title level.

Brannon says he hopes to dedicate time in the local gyms to helping boxers, and he has a few lessons he can teach the boxers – and almost anyone else – about the importance of side-stepping distractions outside of the ring. He had been shot several times, and turned his life around after serving time for robbery, and advises other young boxing aspirants to stay clear of troubles that can cut their boxing dreams short.

“I would let them know that their worst opponent and their opponent is definitely themselves,” said Brannon.

“If a fighter is going to be a great fighter, the best thing that they need to do is say no to drugs, say no to alcohol, crime and the gang activity. And they can accomplish anything that they want to do in the sport of boxing.”