Born on this day: Donald Curry 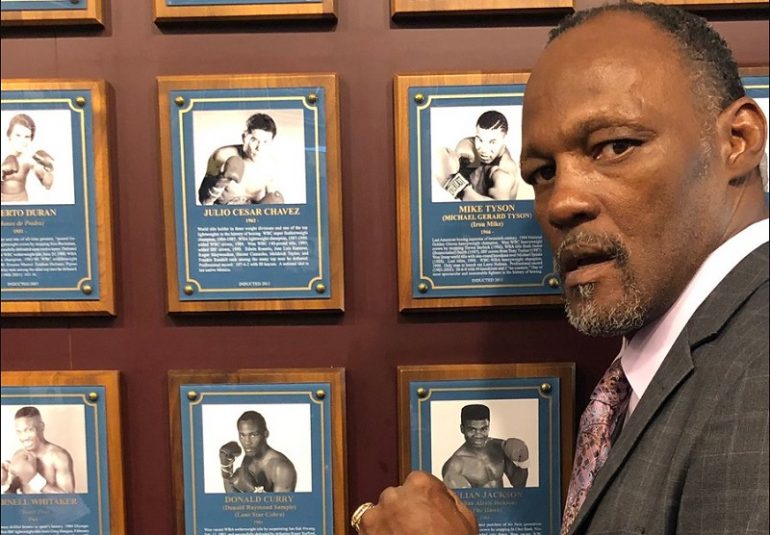 He was a superb boxer and brilliant technical fighter who earned titles in two divisions, always facing the best men of his era. The great Donald Curry was born 61 years ago today.

Donald Curry was born on September 7, 1961 in Fort Worth, Texas. On his own recollection, he claims to have lost only four bouts in more than 400 amateur fights, and although some records differ the numbers appear to be correct. In 1980, Curry defeated future world champ Davey Moore at the U.S. Olympic Trials, but he did not get to compete at the Moscow Olympics due to a U.S. boycott on those games.

Turning pro in 1980 at 19 years of age, he grabbed his first world title belt only 16 bouts and three years later with a decision over Jun-Suk Hwang to pick up the WBA welterweight trinket, and made seven defenses of that belt, adding the inaugural IBF belt against Marlon Starling one year later and then unifying those with the WBC belt in a memorable battle against Milton McCrory in 1985.

Two fights later, Curry suffered a major upset against British-Jamaican contender Lloyd Honeyghan, losing his belts in a 6th round stoppage. Curry immediately moved up in weight, winning a couple of bouts before attempting and failing to lift a junior middleweight title in a bout against Mike McCallum.

Curry would finally earn a title in a second division with his win over Italy’s WBC titlist Gianfranco Rossi in 1988, losing it in his first defense against Rene Jacquot the following year.

After two stoppage losses (one in 1990 against Michael Nunn for the IBF middleweight belt and another one in 1991 against Terry Norris for the WBC junior middleweight title), Curry announced his retirement. He would add another win and a loss to his record in an ill-advised return to action in 1997, but not before being indicted and then acquitted of all charges in relation to a drug case. He also spent time in jail for failing to pay for child support, and he later claimed that those financial woes forced his untimely and ultimately failed return to boxing.

He retired with a record of 34-6 with 25 knockouts. In 2019, he was inducted into the International Boxing Hall of Fame.