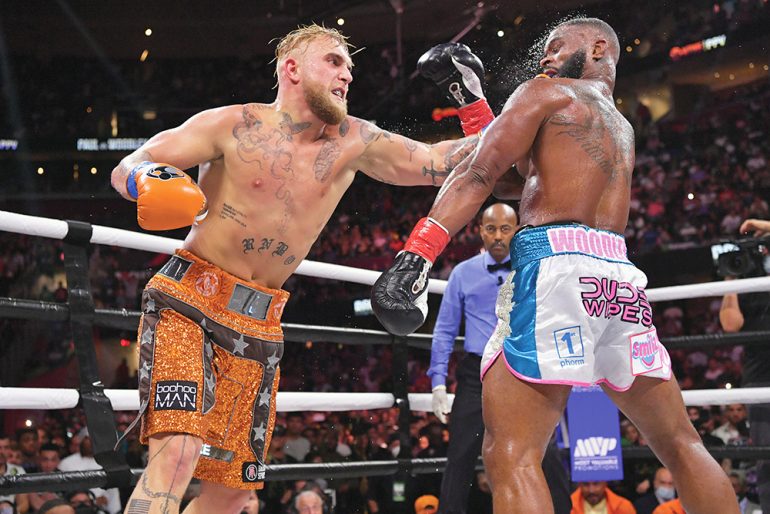 The bout will headline a Showtime pay-per-view at a catchweight of 187 pounds.

Paul (5-0, 4 knockouts), who hasn’t fought since knocking out Tyron Woodley last December, had been scheduled to face experienced pros Tommy Fury and Hasim Rahman Jr. before those bouts fell out due to various issues. Silva represents the most experienced boxer Paul has yet faced, having turned pro with a loss in 1998 before becoming one of the most dominant UFC champions in history.

Now 47, Silva has returned to the boxing ring over the past year, outpointing the much more experienced pro Julio Cesar Chavez Jr. and knocking out fellow former UFC champion Tito Ortiz in one round.

Paul, who is 22 years younger at 25, says it’ll be an honor to face the “most versatile fighter the world has ever seen.”

The fight against Silva will be Paul’s fourth straight against a former UFC fighter, after knocking out Ben Askren in 2021 and defeating Woodley in back to back fights. Silva will be the first opponent that Paul has faced who will enter the bout with a prior victory on his record.

Paul had previously been scheduled to fight on August 6 at Madison Square Garden in New York, but the bout was cancelled after original opponent Fury was denied entrance into the United States and Rahman alerted organizers a week before that he was unable to make the contracted weight.

Three of the bouts scheduled for the card were moved to other events and the other undercard fighters were paid half of their purses, the statement says.