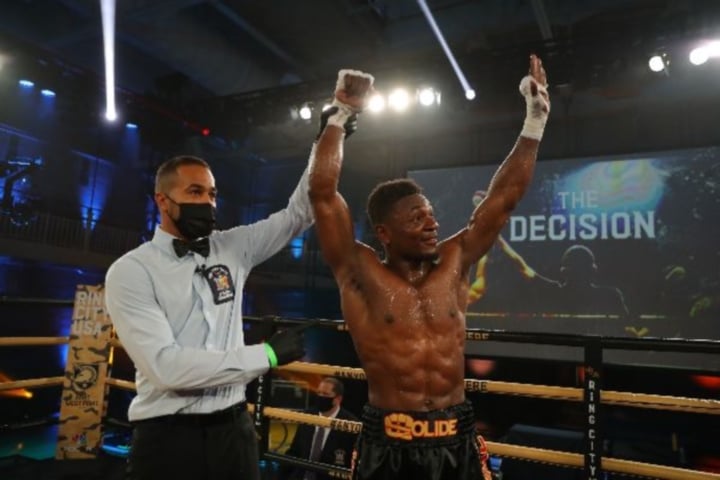 All-action super middleweight Christian Mbilli will continue his march toward a world title fight when he faces DeAndre Ware in a scheduled 10-round contest at the Montreal Casino on Friday.

Mbilli, who is rated No. 5 by The Ring at 168 pounds, is motivated and piping fit for his savvy American opponent.

“[I prepare for] all my fights [like they] are world championship fights,” Mbilli (21-0, 19 knockouts) told The Ring. “I want to do the fights step-by-step to get to the world championship. It’s a question of patience to get to my goal, but I will do it in a short period of time.”

The 27-year-old, who moved to Montreal from France five years ago, appreciates that he will have to be respectful of Ware.

“I think DeAndre has an American style,” offered Mbilli. “He has a good jab, he can punch, he has a good right [hand], he likes to take his time and move his feet.

“I think I’m better than him, but I have to stay focused in the fight. It should be a good fight for fans of boxing.”

Mbilli is coming off an impressive highlight-reel knockout over former world title challenger Nadjib Mohammedi, who he stopped in five rounds in March.

“It was a good fight for me,” Mbilli said. “It was seen in France and Quebec – many people saw this fight. Mohammedi had a lot of fights, he fought a lot of champions. It was a great knockout for me. I think it was the most impressive knockout of my career.” 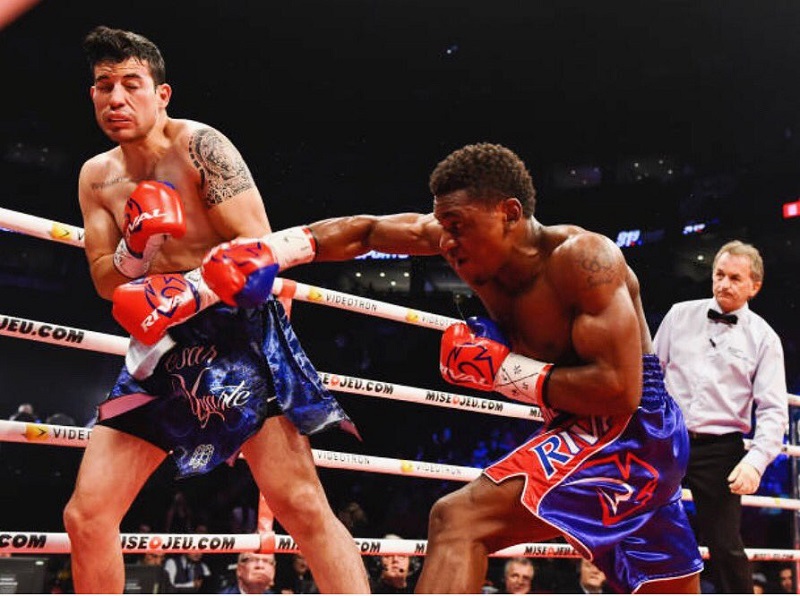 The Frenchman hopes to be similarly devastating against Ware. Mbilli believes a big performance could earn him a world title shot against undisputed champion Canelo Alvarez, who faces Gennadiy Golovkin on Sept. 17.

“I hope next year I will have my chance to fight for a world title,” Mbilli said. “I think Canelo will win [the Golovkin] fight very easy. Golovkin is too old. I saw his last fight, he doesn’t have speed, and Canelo is the best fighter right now. It might be Golovkin’s last fight.

“All the fighters want Canelo. He is my target now. I don’t know what Canelo will do after this fight. We will see after we have both fought.”

“I have to be more impressive in my fight. I have to introduce myself to the boxing world. I have to make sure people are talking about me and that will give me the chance to fight. That’s why it’s very good this fight will be on ESPN.”

Eye of The Tiger boss Camille Estephan has had trouble matching his rising star, but believes the deal he recently brokered with Top Rank/ ESPN will create some serious buzz around Mbilli.

“Christian is certainly a huge threat to the super middleweight division and everyone knows it,” said Estephan. “For a lot of fighters the risk versus reward is a problem. It’s not worth taking on such a challenge.

“We are convinced that Christian has what it takes to become a dominant world champion. It is only a matter of time. Soon there will be nowhere to run and nowhere to hide. The visibility of his upcoming fight will help cement his status.”

Ware, 34, (15-3-2, 9 KOs) has been a professional since 2014. The Ohio native won his first eight fights before a surprising draw with experienced campaigner Juan Carlos Rojas Sanchez. An accidental headbutt curtailed his next fight with perennial journeyman Rayco Saunders (TD 1).

“The Axeman” got back to winning ways and notably outpointed Enrique Collazo (SD 8). However, he tasted defeat for the first time against Cem Kilic (UD 8). Ware rebounded to upset the previously unbeaten Ronald Ellis (MD 10), but suffered back-to-back loses to Vladimir Shishkin (TKO 8) and Steven Nelson (TKO 6). He has won two fights since.

Mbilli-Ware, plus undercard fights, will be shown on ESPN+. The broadcast begins at 7 p.m. ET/ 4 p.m. PT.