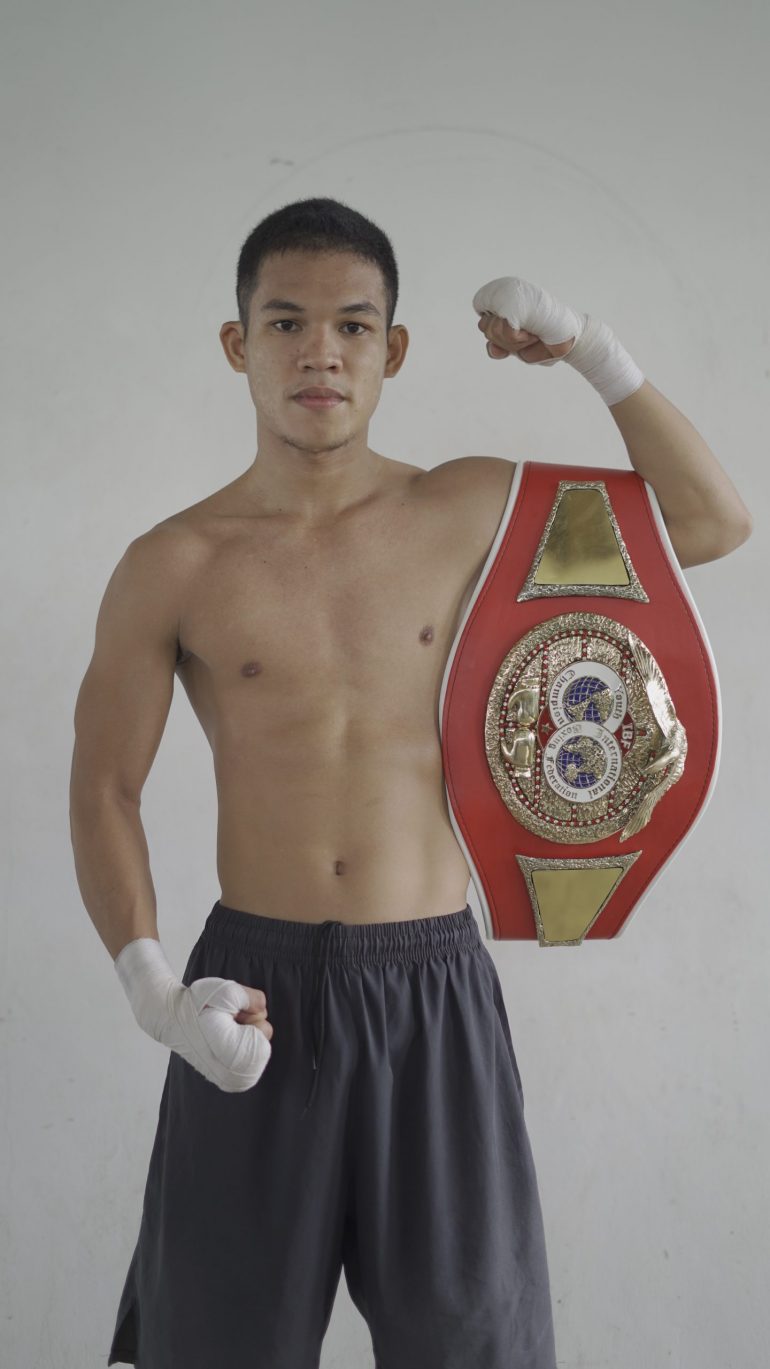 Best night of pro career and why: Suganob used his boxing skills to good effect, dropping his countryman Jerome Baloro in the sixth-round and dominating him over 10-rounds to claim a unanimous decision.

“My best night as a pro was when I won the IBF (Youth) title against Jerome Baloro,” Suganob told The Ring. “It was my best because it was my dream to win a title fight.

“We did a lot of preparation to win that match. It was a good fight and I’m happy I won.”​

Worst night of pro career and why: The Filipino had a tough introduction to the professional ranks, though managed to stop fellow debutant Mark Torella in November 2018.

“It was in Cebu, when I didn’t have a coach beside me in the corner because my coach didn’t have a license,” he explained. “I got worried that time but I thought of the training we did to win the fight and I knew that the fans were cheering for me throughout the fight.

“I learned that it hard when you don’t have a coach by your side. No one will tell you what to do.”

“I think it will be a good and exciting fight because we are both undefeated,” he said. “[If I win] my [world] ranking will go up and I think I’m near the world title.”

D’Golden Boy (19-0-1, 10 KOs) turned professional in 2014. The 26-year-old Indonesian southpaw has fought exclusively at home. He has won the national title and a WBA regional title. D’Golden is coming off a six-round draw by Wandi Priman Hulu in June.

Why he’s a prospect: Suganob boxed around 50 amateur contests, which helped him gain experience before turning professional.

The 24-year-old from Bohol has sparred many top professionals, but one in particular stands out.

“I sparred [four-weight world champion] Donnie Nietes,” he said. “It was a good spar and I learned a lot from him. I learned how a world class champion fights.”

Suganob feels one particular area separates him from his contemporises.

“My best attribute as a fighter is my endurance,” he said. “You need to have good stamina to last long in many rounds.”

Suganob is currently ranked No. 6 by the IBF, doubtlessly aided by winning their Youth title last year and most likely has his eyes on fighting for that title.

Why he’s a suspect: It is relatively early in Suganob’s professional career even, even if he does have his eyes on fighting for the world title.

He hasn’t been a professional for four-years yet and has just 57 rounds of action so far. A few more fights, where he can continue to build on what he already has may be a wise move.

The OPBF title would be a good route, however, the current incumbent, Shokichi Iwata is particularly dangerous and may be worth looking at other routes. It may be wise to look at fighting for other sanctioning body regional titles to improve his rankings across the board.

Although Suganob is coming off a first-round knockout it doesn’t appear that his power is going to threaten the elite in the division, so has to make the most of his other attributes.

Suganob appreciates he is far from the finished article.

“I still have a lot to improve in my skills,” he admitted. “That is why I train hard to improve my strength, conditioning, technique and overall boxing skills.”

Storylines: Suganob has two brothers and his parents both work, his father is a driver, while his mother works at an office.

Interestingly, the Filipino feels things used to be less complicated when he was younger.

“I was born in the 90s, back then everyone wasn’t on the cell phones and hooked on social media like people today are.” he said.

He became interested in boxing at a young age and things progressed from there.

“I was 11-years-old when I became interested in boxing,” he said. “I was interested because I wanted to know about self-discipline. And I focus myself in training to avoid temptations and bad influences.”

His goal is to become a world champion and he is putting the current champions on notice.

“[I want] to become a world champion at 108-pounds,” he said. “I feel I’m near the world title. I’m targeting the champions.”

Unsurprisingly his hero is someone who all Filipino’s look up to.

“My boxing hero is Manny Pacquiao,” he said. “[He] is a great boxer. He brings honor to our country by making it in the boxing world.

“I got inspired by his great dedication and hard work to fulfil his dreams. I have never seen Manny Pacquiao in person but I am hoping to see him one day.”

Suganob has a girlfriend, who he has an eight-month-old daughter with. He describes himself as an easy-going person who enjoys spending time with his family. When not training he likes to entertain himself by playing popular mobile games and watching the NBA.